The Best of Malaysian Cuisine

At the mamak stalls. Have your meal by the roadside. 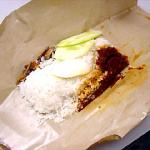 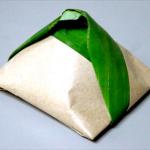 Malaysian cuisine is yummy, exotic and exciting. Its stimulating flavors and culinary styles will whip just about anyone into an endless gastronomic frenzy. Comprising of three main groups namely Malay, Chinese and Indian, Malaysian food has become a fusion of the three and more, making it one of the world's most unique cuisine. From the three main ethnic dishes, there are also other cuisines that have evolved from the meeting of the three cultures. Notable ones include Nyonya and Indian Muslim fare. There are also other mouth-watering Continental and Mediterranean cuisine, but these are mainly found in major cities only. With such delicious blend of food available in this country, it is no wonder that Malaysia is called the meeting point for both the Eastern and Western cultures - a true melting pot. For those who are interested in trying out all the different dishes, the Federal Territory of Malaysia, Kuala Lumpur, is the perfect spot for it. You can dine in posh hotels, elegant chain restaurants, classy sidewalk cafes, delicatessens or just pop by to the many hawker stalls that are opened till the wee hours of the morning.

For starters, Malay cuisine is mainly rich and spicy arising from the usage of spices and wet spice mixture such as rempah and santan (coconut milk). This is one cuisine you can find throughout the country, but to each its own. You will find that each region differs slightly from the other. For example, the state of Kelantan serves its Kelantanese cuisine, which is rather like Thai cooking, sweetish in taste due to liberal use of santan and sugar. Moving on to another state - Kedah. The food there tends to be spicier due to the influence of Indian spice traders who came to the country many years ago. You've got to be adventurous to try Malay food. The variety is huge. One of the favorites with Malaysians is nasi lemak [rice cooked in santan served with anchovies, squid, eggs, cucumber and sambal (chili paste)]. Nasi kerabu is also another favorite, a rice-based dish that is synonymous to the native of Kelantan. It is served with local herbs and salted fish. And no Malay cuisine is complete without satay, which is actually marinated skewered chicken/beef that is grilled to perfection! You eat it by dipping it in peanut gravy/sauce. It comes accompanied with ketupat (rice cubes), cucumber and onions.

Chinese cuisine is also widely available in Malaysia. Some of the popular styles of Chinese cooking are those of Cantonese, Hokkien, Hainanese, Hakka, and Szechuan method. Chinese cuisine is generally milder compared to Malay fare. But thanks to the influence from this multicultural country, Chinese cuisine has taken over a spicier approach. Apart from the usual breakfast, lunch and dinner fare, Chinese cuisine also caters to the "brunch hour" where delicious dim sum are served. Dim sum is steamed snacks that can be found at hotel outlets, large chain restaurants, and kopitiam (coffeeshops). Dim sum is like the Chinese version of the Japanese sushi. The difference is this: dim sum is hot while sushi is cold.

Another favorite is Indian cuisine. Although many believed that the food is normally extremely spicy, it may not be so. Indian cuisine has a robust taste, thanks to the various blend of spices used in its preparation. Yogurt is almost always the "dessert" to cool down your tastebud at the end of the meal. Some of the less spicy foods are dishes such as kurma (mild meat curry) and Tandoori chicken (chicken baked in clay oven). Actually, the level of spiciness depends on the location. Southern Indian cuisine tends to be spicier than the Northern ones whilst their Moghul counterpart slants towards heavy use of cream, meat-based dishes and naan breads. Indian-Muslim dish is another local favorite. When a Malaysian invites you to the "mamak", they are referring to food prepared by an Indian-Muslim. Popular dishes include mee goreng (fried noodles), fish head curry, murtabak (sort of like minced beef packed in a pancake) and roti canai (a kind of pancake prepared with wheat flour, eggs, ghee/butter, and served hot with curry or dhal).

Another interesting fusion that unite Malay and Chinese food is the Lauk Embok Embok, or popularly known as Nyonya food. It is also referred to as the Straits Chinese Food. It origins was traced back to the Peranakan (Straits Chinese) of Malacca some 400 years ago. This unique culture was the results of inter-marriages between Chinese immigrants and the local Malays. The ladies are known as nyonyas whereas the men are known as babas. Nyonya foods are strongly characterized by sweet, sour, spicy and pungent flavors. One of their hot favorites is otak-otak (fish marinated in spice, then wrapped in banana leaf and grilled). Another great dish is the itik tim (duck with salted vegetables). For a taste of true Nyonya food, head on over to one of the many Nyonya restaurants located around town. Nyonya cooking depends a lot on spices, galangal, turmeric, and ginger. It uses fragrant leaves such as pandan leaf, lime leaf, and laksa leaf. Its food also sports the tangy taste, thanks to the used of lemon, tamarind, belimbing (carambola) and green mangoes. You can also find a lot of candlenuts, shallots, shrimp paste and chilies in Nyonya food. Common desserts are mainly cakes made from sweet potato, glutinous rice, palm sugar and coconut milk.

However, you can never claim to have tasted true Malaysian cuisine unless you've sampled the ones at the hawker stalls (or famously known as the mamak stalls). It may not be your posh restaurants where you'll be treated like a King or Queen, but a visit to the mamak stalls is a must! Like the chic sidewalk café in a European country, the mamak stalls are the same - just a lot simpler and fun. Food is cheap and delicious; the ambience is casual and light. You don't have to worry about dressing up. Dress down, relax and prepare for a night of great food, conversation, and lots of teh tarik. Teh tarik literally means "pull tea" where the drink is prepared by the mamak using out-stretched hands, pouring the piping hot tea from a mug into a waiting glass. The higher the pull, the thicker the froth. And the thicker the froth, the yummier it is!

This article may not do justice to the real taste of Malaysian food - but this is the best I could write about my beloved country and its famous cuisine. When opportunity arises, try it! A word of caution though? not many foreigners can stomach the fierce mixture of greasy, spicy, and strong tasting ingredients found in most Malaysian dishes. But it'll be worth it. Trust me?