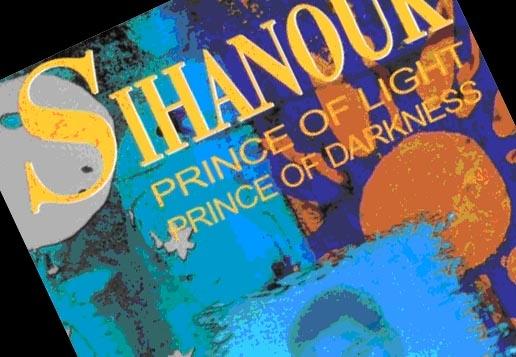 A biography of Cambodia's King Sihanouk. 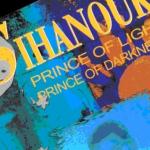 Recently a journalist friend of mine asked me to name my favorite Asian statesman.  He then went to the toilet.  With the benefit of a few days' reflection, I would probably now say Jawaharlal Nehru, the foxy first Prime Minister of India, who flirted with English Ladies, wore a flower in his lapel, and smoked cigarettes through long appurtenances.  Oh, and who transformed India from an abject and famine-ridden colony into an industrial and sort-of modern state.

But when my friend returned, I could only declare my strange fascination with Norodom Sihanouk (b. 1922), the once and present King of Cambodia.  Sihanouk was hardly a statesman on the order of Nehru, upon whom Sihanouk fawned.  He could be politically shrewd and utterly merciless toward his enemies, perceived or otherwise.  But he never really bothered to deal with the messy details of governing a state very much in transition, with one writer aptly saying that Sihanouk was better at pompous "reigning" than at dreary "ruling".  And then there was the small matter of his cuddling up to the genocidal Khmer Rouge, so christened by Sihanouk himself when they were his enemies.

What interests me about Sihanouk is his personality, his rhetorical vehemence.  Sihanouk is never boring, and sometimes he is downright hilarious.  On the other hand, the tragic helplessness of his life mirrors to a great degree that of Cambodia, one of the most recurrently gored sacrificial lambs of what we rather euphemistically call the Cold War.  For innumerable people - millions, in Cambodia's case - the war was anything but cold.

Sihanouk has written various memoirs, one with the unforgettable title My War With the CIA, describing the various attempts made on his life:  one involving a pair of exploding suitcases, some involving American spooks.  In general, his memoirs exhibit what Milton Osborne, author of Sihanouk:  Prince of Light, Prince of Darkness, calls the King's "intense preoccupation with self."  So we are indebted to Osborne for his rather less flattering biography, which, as he writes, "places strong emphasis on the negative side of" Sihanouk's rule.

Sihanouk was guided by two main desires:  to rule Cambodia, whose people he genuinely loved; and to protect the country's independence and neutrality.  Under the circumstances, the latter was all but impossible.  And Sihanouk's visceral suspicion of the United States led him to ally himself increasingly with China.  The suspicion was not without ground.  A number of American diplomats in Cambodia went out of their way to annoy him, leading him to complain about "the bad odour of American imperialism."  The authors of The Ugly American were apparently not exaggerating.  Writes Osborne:  "Cosseted by the facilities offered in their commissaries, and in many cases handicapped by their inability to speak any other language than English, most American foreign service officers, aid workers, and military personnel kept to themselves."

When it was learned that America was complicit in the assassination of President Diem of South Vietnam, Sihanouk had every reason to watch his back.  Then again, in some ways he was itching for a fight.  Shortly after the deaths of Diem, JFK, and Thailand's pro-American dictator Sarit, Sihanouk publicly declared that the three leaders would "all meet in hell."  Later, of course, Sihanouk would play Faust to Pol Pot's Mephistopheles.

But Osborne is forgiving of Sihanouk's six-year rapprochement with the Khmer Rouge.  Had he defied them, they might well have killed more of Sihanouk's family than they already had, including his beloved and strikingly beautiful daughter (and dancer) Bopha Devi.  And they might have killed Sihanouk himself, leaving a political vacuum that might have brought even more suffering to his people.  On the other hand, he must bear some responsibility for the other victims of the regime, and must certainly be haunted by the contortions he had to undergo to please Pol Pot.  Sihanouk had to wear the decidedly déclassé Khmer Rouge garb of black pajamas and checkered scarf, even while the Khmer Rouge leadership ferried him around in, according to Sihanouk, "a fine black Mercedes."  In photographs of him hand-in-hand with the Communist leaders, his smile is more than usually smirk-like.

However genuine Sihanouk's love for Cambodians, he certainly had some untenable ways of showing it.  Osborne is particularly unkind to Sihanouk's passion for making mediocre films about the Cambodian upper class while the lower classes toiled in the fields.  In part, the films were intended to counter some comments made by English actor Peter O'Toole, who had portrayed Cambodia - where O'Toole was then making a film - as a "primitive state."  Instead, Sihanouk tried to make Cambodia look like a soap opera.  Especially to his leftist critics, Sihanouk's obsession proved that he was delusional.  Besides, the films cost money and time that Sihanouk could have spent solving Cambodia's mounting problems.

Nor can one forget the king's philandering.  Osborne rightly points out that Asians have traditionally expected their leaders to be prolific, if for no other reason than to produce a suitable heir:  now 80, Sihanouk is said to be grooming one of his sons for just that purpose.    And he betrays no regret for his promiscuous past.  "He has described himself," writes Osborne, "in the early years of his reign as a chaud lapin, French slang that is probably best rendered in English as 'randy as a rabbit.'"  One anti-Sihanouk cartoon shows Sihanouk thinking of a naked woman while a giant Mao Zedong looms over him.

Due credit should be given Sihanouk for one thing:  by 1964, he was convinced that the Communists would conquer Vietnam; the Americans required more than a decade to reach the same conclusion.  Sihanouk tailored his foreign policy accordingly, thus embracing China as the archenemy of Vietnam, which would nevertheless verify the worst fear of both Sihanouk and Pol Pot by invading Cambodia.  Sihanouk left few stones unturned in trying to prevent the subjugation of his country, whose weakness arguably made subjugation inevitable.

Osborne has focused on Sihanouk's darker side in part because historians have often admired the king simply because the alternatives - Lon Nol, Pol Pot, and even the invading Vietnamese - were so widely condemned.  But at various times Sihanouk was allied with each of the three and shared some of their worst traits.  He ordered mass executions; he gave "an instruction that resulted in loads of severed heads being brought from Battambang province to Phnom Penh as evidence" that he could suppress rebellion.  He rigged elections.  Like the Khmer Rouge, he practically banned the foreign press.  And on at least one occasion he was accused of "mental instability", a phrase that could describe Pol Pot, to say the very least.  On the other hand, to riff on the words of Zhou Enlai, how can a man be mentally stable when (500,000 tons of American) bombs are falling on his country?

Osborne takes Sihanouk to task for neglecting to acknowledge how much his enemies actually helped Cambodia.  At various times, the French, Soviets, Chinese, and Americans all contributed aid.  Indeed, writes Osborne, "in the years 1960-62, the United States had provided aid equal to nearly 14 percent of Cambodia's annual revenue."  When Sihanouk ultimately - and at first glance commendably - refused American aid, the Cambodian economy fell into disarray.  Then again, Sihanouk did have some basis for sneering at the carrots, when the sticks were not far behind.  Cambodia, what Sihanouk always liked to call an "oasis of peace", was fairly doomed to become a swamp of war.

Henry Adams once said that from a universe that is a "preposterous fraud", one should at least expect some amusement occasionally.  There is nothing at all amusing about Cambodia's recent history, and Sihanouk carries some of the blame.  But when I read that he named his pet dog after Philippine President Magsaysay after a spat between the two leaders, I cannot help but applaud this flash of comic light in a period so tragically dark.  It is often said that "Cambodia is Sihanouk".  An overstatement, surely.  But that he managed not only to survive but also to return to the throne he first ascended in 1941, gives one a shred of hope for a country so casually and thoroughly ruined by neighbors and strangers alike.