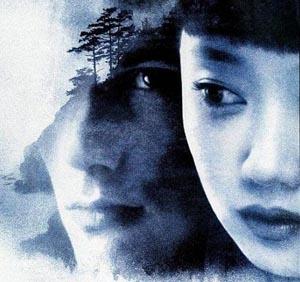 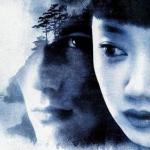 A land dispute fueled by racial prejudice lies at the heart of this post-World War II drama. When the body of Carl Heine turns up tangled in his own fishing net in Washington's Puget Sound, suspicion is immediately cast upon his lifelong friend, Japanese-American army veteran Kazuo Miyamoto, and no time is wasted in bringing him to trial for murder. With the prosecution hell-bent on convicting Miyamoto based on anti-Japanese propaganda, his defense attorney Nels Gudmundsson, and Ishmael Chambers, the editor of the local newspaper, independently seek out valid evidence to the contrary. As the trial unfolds, flashbacks in the lives of the characters reveal not only the events of the night in question, but also the clandestine events leading up to it.

The local landscape is home to a thriving agricultural enterprise, known especially for its strawberries. In the early days, before the war, Kazuo's father tilled the land side-by-side with its owner, Carl Heine's father. Over time, Heine agreed to sell Miyamoto the plot of land, allowing him to make payments in installments. But when the war started, with only two payments left, Miyamoto was sent to a Japanese internment camp, and by the time he returned, Heine had died, and his wife had declared default on the loan, returned the equity to Miyamoto, and sold his plot of land to another farmer at a higher price. Years later, when Kazuo and Carl Heine, Jr. had grown into young men, Carl made arrangements to buy back the land for his own use, evoking a desperate plea from Kazuo to sell it to him instead.

In a concurrent plot line, Ishmael Chambers, son of the local newspaper publisher, and Kazuo's wife Hatsue Imada grew up as childhood sweethearts. But in a turnabout of racial prejudice, Hatsue's family discouraged her from pursuing a relationship with an American boy, so Hatsue ended it with an agonizing letter. Ishmael was broken-hearted when he returned from the war to find that she had married Kazuo instead, but despite his unrequited love for her, he is willing to put his feelings aside to help exonerate her husband.

Based on the novel by American writer David Guterson, Snow Falling on Cedars is both a study in racial and cultural disparity, and a darkly compelling mystery. Performances by superbly cast actors Ethan Hawke, Youki Kudoh, Rick Yune, Max von Sydow, James Rebhorn, and James Cromwell bring an air of authenticity to this portrayal of a bygone era. And the subtle points upon which the story turns are exquisite. The only drawback in this otherwise flawless film is its dark cinematography. Although it adds to the mystery and drama, nearly every scene is so dimly lit that the film must be viewed in a completely dark room or theater to discern its details. Oddly however, it was nominated for Best Cinematography at the Academy Awards and at film festivals all over the world. So turn out the lights, and enjoy this excellent film.