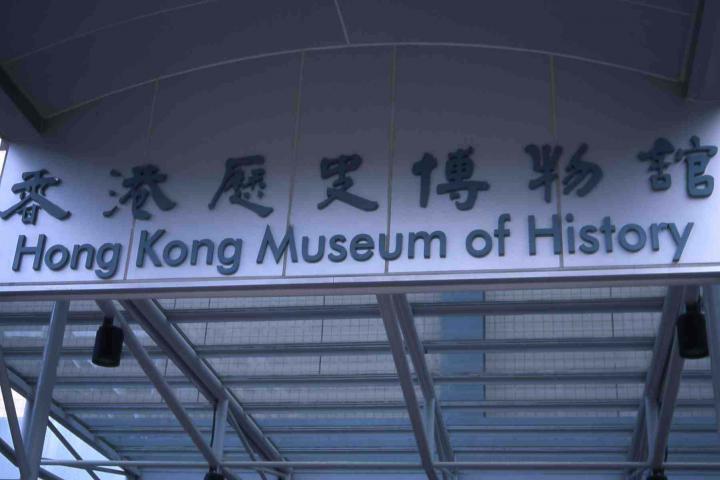 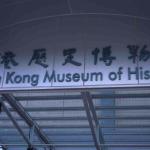 In many ways Hong Kong is a city without a past.  The profits to be made from property development ensure that even relatively new buildings get torn down to make way for ever sleeker and taller structures.  As a result, very few historic buildings remain.  In Hong Kong I always feel as if I’m walking through the future of Asia rather than the present.  And as for the past, it’s nowhere in sight.

Fortunately, many other Asian cities have managed to preserve their pasts.  These cities feel like living museums where the past and present have fused together into a unique and historic blend.  Hanoi, with its bustling old quarter, is a good example of such a city.  So is the former Portuguese colony of Macau, which lies just forty miles from Hong Kong across the Pearl River estuary.

Hong Kong, however, is not a living museum so much as a live blueprint for the future.  Old temples, colonial buildings, walled villages and other remnants of Hong Kong’s past can still be found if you look for them, but these scattered fragments can’t offer you a coherent narrative of Hong Kong’s history.  In order to get the complete story of Hong Kong’s past, you have to visit the city’s growing roster of museums, which in many ways function as the city’s institutional memory.

First opened in 1975, the Hong Kong Museum of History has long served as the city’s flagship museum.  Ironically, however, the museum presents yet another example of how Hong Kong constantly devours its own past.  Once situated in Kowloon Park, the museum can now be found on Chatham Road in a modern structure built on land cleared with a wrecking ball.  Thus a building devoted to the preservation of history rose from the same construction dust that has marked the end of so many older and often historic structures in Hong Kong.

The new museum building was purpose-built to house an ambitious permanent exhibit titled “The Hong Kong Story.”  This eight-gallery exhibition approaches the history of Hong Kong from a number of angles, which work together to form a detailed narrative of the city’s history that would do James Michener proud.  Arranged in chronological order, the galleries begin with the Devonian period 400 million years ago and progress all the way up to Hong Kong’s handover to China in 1997.  Colonial history, however, takes up the largest portion of the exhibition.  This seems entirely appropriate, given that Hong Kong was of little importance before the arrival of the British in 1842.

The Hong Kong Story has quite a few chapters, and I recommend budgeting two to three hours to view the entire exhibition.  I also recommend viewing the exhibits on a day of inclement weather, since the museum is a pleasant way to spend a rainy morning or steamy afternoon.  While the sun or rain lashes the city streets outside, you can escape to the museum’s air-conditioned galleries for an informative and entertaining stroll through Hong Kong’s history.

You will literally step back in time during your stroll, as the exhibition galleries feature full-scale recreations of different periods in Hong Kong’s history.  The Folk Culture Gallery, for example, includes a full-size wharf and Chinese junk that you can board to the sound of creaking ropes and screeching seagulls.

Like something out of a Chinese cultural theme park, you can also walk into a full-scale replica of an ancestral hall found in one of Hong Kong’s old walled villages, explore the cramped rooms of a traditional Hakka farmhouse, or view a Chinese opera stage and Taoist shrine.  You can even stand beneath a mock-up of the famous Taiping Qingjiao festival procession, a famous Hong Kong celebration that features, somewhat bizarrely, children perched atop a three-story high pile of buns.

The gallery devoted to the birth of urban Hong Kong could serve as a movie soundstage for a film set in colonial times.  This gallery features city streets complete with post office, Chinese herbal medicine shop, pawnshop, tailor shop, two-story teahouse and general store.  You can step aboard a retired double-decker street tram or drop a postcard into a bright-red pillar box bearing the insignia of Queen Victoria.  You can be sure that your postcard will reach its destination, as the postal service collects mail from this classic British-style mailbox once a day.  Unlike the still functioning mailbox, the brothel fronting a side street of the gallery is safely out of business.  However, its bright red colors prove that the museum doesn’t shy away from the seamier side of Hong Kong’s history.

The museum does not shy away from the more politically sensitive aspects of Hong Kong’s history, either.  The museum has no political agenda, fortunately, so its displays remain both accurate and balanced at all times.  The exhibits even remain objective when discussing controversial topics like the Opium War -- a conflict sparked by the Chinese government’s understandable refusal to let British traders hawk illegal narcotics in Canton -- or the political future of contemporary Hong Kong, a free-market enclave stuck like a capitalist barnacle to the coast of communist China.

Not only are the exhibits balanced, but they offer clearly written and grammatically correct English-language explanations for all displays.  This is no small thing in a city legendary for its garbled English.  In fact, the museum curators are clearly a demanding lot striving for perfection.  They have not only ensured that the English and Chinese graphic panels are well written, but that everything else in the museum is equally well done.

FACT FILE: The Hong Kong Museum of History is open Wednesday to Monday from 10 a.m. to 6 p.m., but closed on Tuesday.  Admission is HK$10 (US$1.30), with free admission on Wednesdays.  The museum has a gift shop and café, and is conveniently located at 100 Chatham Road South, Tsim Sha Tsui, Kowloon.  You can reach the museum on foot or by taxi from the Tsim Sha Tsui MTR station or Kowloon Star Ferry Terminal.  Alternatively, take bus #5 or #8A from the Star Ferry Terminal and get off the bus at the Ramada Hotel.  Cross Chatham Road on the pedestrian footbridge to the museum.  Telephone: (852) 2724-9042.  Email: hkmh@lcsd.gov.hk.  Website: www.hk.history.museum.