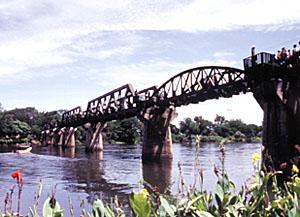 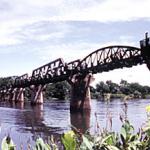 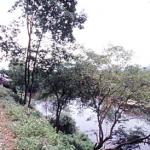 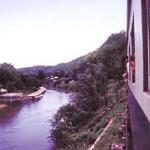 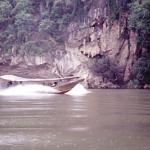 Chulalongkorn Day sees the start of the spate of festivals that run through until the Songkhran peak next April. In 6 months Thailand has its high season of public holidays and festivals. Such events as Chiangmai Flower Festival, Loi Krathong, Yasothon Rocket Festival I and Chinese New Year are found within this period and the celebrations kick off with a full 10 day festival at the River Kwai Bridge in Kanchanaburi in the last week of November, leading up to His Majesty the King's birthday on December 5.

The annual festival is aimed at increasing awareness for a peaceful future. What better location?

A party atmosphere prevails and amongst the many exhibits and shows is the nightly son et lumiere extravaganza at the infamous bridge. Complete with fake air attacks and explosions with lots of fireworks, the upgraded sound and light show has commentaries in various languages available in grandstand seating on the riverside.

Special trains run from Bangkok's Hua Lamphong station during this period and a special steam train excursion usually takes visitors on the last day of the festival. Nowadays, the idea is to book early as it is an immensely popular event. On the bonus side is that travel to and from Bangkok has improved dramatically over the past few years and an overnight in Kanchanaburi is no longer a necessity.

Don't expect to see the thick vegetation or rocky waters from which Sir Alec Guiness saw "his" bridge over the River Kwai - that's in Sri Lanka, where the movie was made portrayed in the film - and a beautiful spot indeed.

It's a good time for the festival as the scenery is a lush green at this time, conflicting with the yellow ochre to be found in April.

What you will see is the real thing and for those not having been before, the Death Museum is certainly sparse and a little tacky in parts, but it is full of the articles, photos and reports from the days of the war; simply a museum with the genuine article and with no pizzazz.

Naturally, don't miss the train trip. The best departure is the 1055 from Kanchanaburi and a good idea during festival time is to board at the town station rather than at the bridge. Here one can pay bht 200 for a guaranteed seat including coffee and cookies and receive a Death Railway Certificate. It's probably overpriced but during this busy period it's worth the extra baht or so. The prisoners of war built wooden viaducts that never cease to amaze as the train hugs the cliff face high above the Kwai. I'm sure that over the last few years the train service has actually become slower at this stage of the journey, down to about 5km an hour. You'll understand why when you hear the wood creaking below you. The 75 minute trip from Kanchanaburi town to Nam Tok (waterfall) at the end of the line is scenic and even when reaching the terminal, one is still 350km from Moulmein, the original terminus for this important supply route. Vegetation has long reclaimed the old track route and the workers' camps along the rest of the line. At Nam Tok you are on the edge of the Burma foothills and from here to 3 Pagodas Pass is real border jungle country.

An introduction to this can be found by taking an overnight excursion from Pakbeng pier, near to Nam Tok station, to the River Kwai jungle Rafts or Resotel. The latter is situated next to the King Lawa limestone caves and is an upmarket cottage version of the original rafts. The rafts are great for a one night experience on the river and although a little sparse with no electricity or hot water, it's a back woods feel that can be maintained for at least one night by those in search of something a little different. There are no mosquitoes prevalent because of the fast flowing River Kwai and with the rafts only being accessible by boat it is given a little more of the pioneering excursion value. The local Mon tribe pretty well do all the staff work and elephant trekking as well as old fashioned walking is the order of the day.

The rafts are tethered to the bank and walkways are available for those wanting to go off into the forest. Many simply opt for tubing down the river. No need to swim, the current simply takes you. Food is inventive and tasty and at around bht 1300/night including all meals it's a worthwhile experience of up-country Thailand and also a way to see what those prisoner of war workers had to break through to build that railway.