The Almost Forgotten City of Hoi An, Vietnam 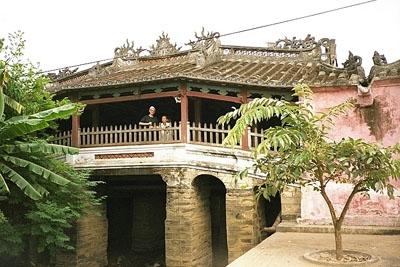 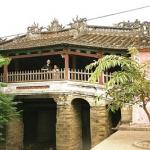 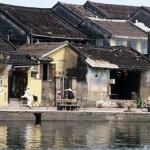 Hoi An is a small city in Vietnam, located in Quan Nam province and bordering the South China Sea to its east. It is a beautiful small city that retains a lot of its past with preserved European, Asian and traditional Vietnamese structures. Hoi An is one of those rare seaside and culture destinations in Asia, famous for its relaxing beach and its arts and crafts shops.

Hoi An used to be one of the most important trading ports in Southeast Asia, if not all of Asia in the 18th century. The city rose to prominence as a powerful and important trading passage between Europe, China, India and Japan. Shipwrecks containing goods (especially Asian and Vietnamese ceramics) have been discovered trading as far as Sinai, Egypt. However, towards the end of the century, the importance of Hoi An as a trading port declined because of the collapse of Nguyen rule. All trade was then diverted to Da Nang while Hoi An was left relatively untouched.

As a result, the small city still retains its structures and atmosphere from the past. Walking down the aisles of Hoi An is like walking down a city in the 1700’s (if you remember how cities were like 300 years ago).

Hoi An is also home to the original Cau Lao noodle soup. It is said that the dish’s unique taste comes from the water in the wells dug up by the Cham people over 200 years ago. Other attractions include the temples of My Son, Da Nang and the quiet and peaceful Cua Dai beach.

The city is home to numerous attractions. The Japanese Covered Bridge, located on the west end of Tran Phu Street was constructed in the early 17th century by Japanese settlers in Hoi An before moving back to their home country. It is one of the main landmarks of the city. Hoi An is also home to numerous museums including the Museum of Folk Culture, the Museum of Trade Ceramics and the Hoi An Museum of History and Culture. There are also various Chinese congregation halls built by expatriates from China.

The town can be explored easily by foot or on two wheels. You may take you bicycle and pedal over to Cua Dai Beach. The couple kilometer trip over to Cua Dai is scenic in itself with nice views of rice farms along the way. Activities that can be enjoyed at the beach include lazing on the canvas chairs, lying on the beach for a tan, beach soccer, volleyball, swimming, fishing or sand castle building. There is also an abundance of fresh seafood for you to try at Cua Dai.