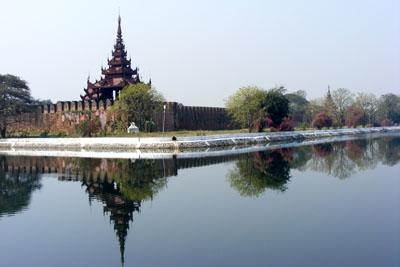 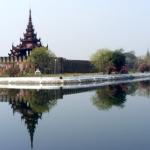 Mandalay is Myanmar’s cultural center city and the 2nd largest after Yangon. The country’s royal capital is located 716 kilometers from Yangon in Upper Myanmar. With a population of over 1 million, Mandalay remains Upper Burma's main commercial, educational and health center despite Naypyidaw’s recent rise and title as capital city.

Like Myanmar’s recent and present capitals, Mandalay was founded on the wishes of the ruler of the day. King Mindon Min founded the city on the foot of Mandalay Hill (which the city was named after) on February 13th 1857. The reason being is to fulfill an ancient prophecy that a city in that exact place would come into existence on the occasion of the 2400th jubilee of Buddhism.

Mandalay Palace is the primary symbol of the city and one of the main tourist attractions. It is the last royal palace of the Burmese monarch. It was constructed in 1857, finished in 1859 and followed traditional Burmese palace designs. The main palace building is in the center of the citadel.

The palace grounds also include other impressive and interesting structures such as the Clock Tower, Relic Tower, The Hluttaw or the Supreme Court, Royal Mausoleums and the Royal Mint where the country’s first coins were printed in 1865.

Other significant structures in the palace grounds include the Great Audience Hall, the Lion Throne Room and the Glass Palace.

Another interesting place to visit is Mandalay Hill. Mandalay Hill has been a major pilgrimage site for Burmese Buddhists for nearly two centuries. The town itself was actually named after the hill.

At the hill, you will also come across myriads of pagodas and monasteries. The view on the hill top is very impressive however you must overcome the challenging set of stairs. If you feel that you cannot make it up the stairs, then a one-way motor road is there to ease your trip uphill.

A trip to Myanmar is a rewarding experience. The country is still relatively untouched by tourism and offers you a chance to experience one of the region’s most charming and interesting countries.

For first time visitors, consider a tour such as the Essential Myanmar tour, or a cruise.