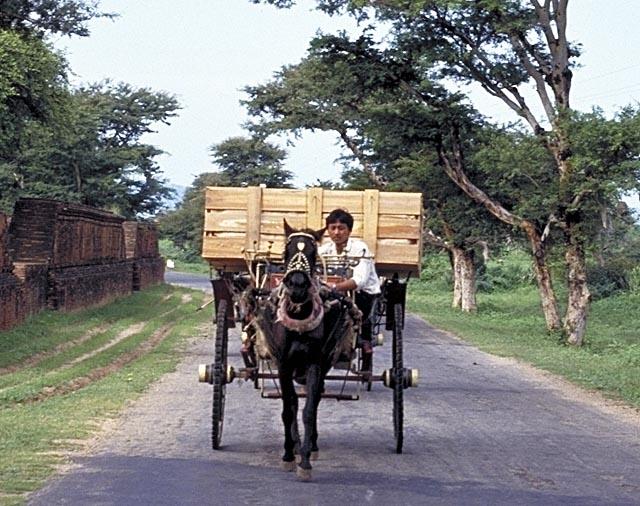 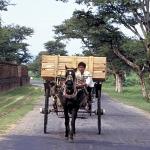 Odds are that the article you are now reading cannot be read within the Union of Myanmar, save perhaps by government censors, to whom I offer my heartiest greetings and condolences.  Min gala da, muchachos!  The article is anathema because it reviews a book, Burma behind the Mask, which is critical of the present rulers of Burma, the so-called State Peace and Development Council, or SPDC.  And it may be that I would not be permitted to travel in Myanmar because my writings have previously appeared in a magazine whose editorial policy is geared toward "regime change" in what was formerly one of Asia's richest nations, and is now among the world's poorest:  according to the book, Burma attained the dubious honor of "Least Developed Country" status in 1986.

But there is another reason I have never traveled to Myanmar except to renew my visa, namely that the country's fledgling tourism industry is a source of revenue to the SPDC.  Even the paltry $5 visa-runners pay to the impeccably and martially dressed immigration officers at Tachilek will probably help tighten the regime's grip, which has included forced labor and conscription, political massacres and imprisonment, the rejection of democratic elections - and, most recently, the alleged use of rape as a weapon of war against ethnic minorities.  Partially in protest of similar crimes, the United States is presently contemplating an invasion in the Middle East that could ignite World War III.  Anyway, I would be surprised to learn if any major television networks mentioned the recent death of 91-year-old Ne Win, Burma's answer to "Saddam Insane."

Burma behind the Mask is an attempt - successful, in my view - to offer an alternative to the notoriously upbeat travel guides to Myanmar.  It also offers an alternative to Myanmar travel itself, which the book believes to be unseemly for anyone wishing Burma to be a thriving democracy and not a hapless pariah state.  According to the book's authors, the Burmese "often joke ironically that Orwell wrote 1984 as a sequel to his novel Burmese Days."  And no wonder.  In 1996, the regime made "publicly voicing a political opinion punishable by up to 20 years in prison," so that Burmese must often communicate in symbols and codes ("the lady", for example, stands for pro-democracy leader Aung San Suu Kyi.)  The equivalent of Orwell's Room 101 is Rangoon's aptly named Insein Prison, where even Westerners have perished.  Myanmar has one legal newspaper (New Light of Myanmar), and one channel each of radio and TV.  Billboards depict the usual heterogeneous mix of citizens marching toward national glory, and perhaps a cheerful slogan like "Crush all destructive elements".  About half of Myanmar's national budget is spent on "defense", or, more accurately, counterinsurgency.  And traditionally the country's best friend is China, which, perhaps second only to North Korea, is our era's best approximation of Orwell's grim Oceania.

The regime often says that it is a necessary precondition of national unity:  without it, Myanmar would disintegrate.  And if the National League for Democracy, which won the 1990 elections, were allowed to rule, then Myanmar would be dominated by foreign powers, as represented by the Oxonian "stooge" Suu Kyi.  On the surface, these claims are pathetic and ridiculous.  On the other hand, there is this organization called the CIA, which has manipulated elections (in the Philippines and elsewhere) to favor pro-Western interests and candidates.  Not that such was the case in Burma.  I wish only to suggest that the usual tyranny-vs.-democracy analysis is rather simplistic and unsuspecting, especially when two commodities are involved:  drugs and oil.

In recent history Burma has been among the top producers of opium and amphetamine.  The rich Western democracies constitute the leading demand for such drugs, but rich Western politicians view themselves at war, not with their own drug-addled constituents, but with the producers and traffickers in far-off pagan lands.  Thus they will back the likes of the SPDC so long as the latter maintains the polite charade that it is cracking down on the very industry from which it derives no little cash.  Only recently, the US was considering rewarding the junta for this very reason.  In the same way, the US rewarded the Taliban for its opium eradication efforts, money that the Taliban could then use to defend itself against a sudden barrage of American bombs and food packages.

Burma has oil and needs money; Thailand has money and needs oil.  Enter Unocal, the very corporation thought by some to be the true transitional government of Afghanistan, whose interim leader was once a Unocal consultant.  Unocal helped build a pipeline in Burma, and in doing so it made use of the country's enormous reserves of forced labor.  The construction of a railway, seen as necessary to support the construction of the pipeline, also employed these near-slaves.  Needless to say, the leaders and not the laborers receive the benefits, and the people whose land the pipeline traverses received the shaft.  In this case and in many others, commerce has brought not democratization but the opposite.

Burma behind the Mask contains the full text of a letter purportedly from some concerned Karen students to Unocal.  The students accuse Unocal of glossing over conditions in Burma, of helping the regime, and even of cultural imperialism.  "[Y]ou said that if you give your western values and culture to the people in Burma then it will be interesting and good for them.  But personally, we think that our ethnic groups in Burma are not interested in your culture."  This may be going too far - surely the Declaration of Independence contains passages that would be of interest to the Karen National Liberation Army - but the point is well taken.  A pipeline is not a ballot box, and it doesn't leak money to the people that sacrificed the most for its existence.  If it's any consolation, Unocal has been in and out of court to defend itself against allegations of human rights abuses in Burma.

The authors write that visitors to Burma will see "poverty that seems pictoresque [sic]."  The operative word here being "seems":  Pol Pot's Cambodia seemed a pleasant enough place to those few journalists allowed into its hastily constructed Potemkin villages.  Much of Burma, the authors contend, is off-limits; and venturesome tourists have occasionally been harassed or deported by the army.  A state so paranoid can only have something to hide.

Review of Burma behind the Mask, edited by Jan Donkers and Minka Nijhuis, Burma Centrum Nederland, 1996.