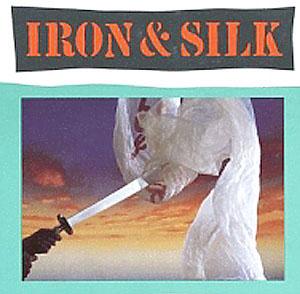 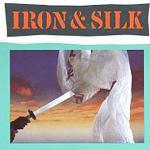 Within the context of Iron and Silk, to say that the pen is mightier than the sword might spark a spirited debate, as author Mark Salzman demonstrates an excellent parity of skill with both. Upon graduating Phi Beta Kappa, Summa Cum Laude from Yale in 1982 with a degree in Chinese Language and Literature (and the Williams Prize for the best academic treatise on an East Asian subject), Salzman traveled with his cello in tow to the industrialized city of Changsha in China's Hunan Province to teach English and to continue his study of wushu, the Chinese martial arts. In this even-handed though candid autobiographical narrative of his two years as an instructor at Hunan Medical College, against the harsh macrocosm that is the People's Republic of China, Salzman reveals through a series of vignettes the microcosm of each teacher and student who shared with him the gift of the true nature and spirit of the Chinese people.

Upon reading his descriptions of the kinds of bureaucratic machinations and contradictions one might encounter on any given day in the People's Republic of China, Salzman is to be commended for his restraint in situations that might have set off a salvo of profanity in a less disciplined individual, and for resisting the temptation to editorialize at length upon his grievances. In one typical yet particularly amusing incident, in a moment of pure reflexes, Salzman kills a large rat as it scurried across his desk during a lesson. At the suggestion of one of his students, he takes the dead rat across the campus to the Rat Collection Office in hopes of receiving a modest reward, only to be told that the reward was restricted to students for killing rats in the dormitory. Afterwards, one of the students explains to him that, "the official statement concerning rats is that they have been stamped out. Only internal documents, which foreigners can't read, discuss the rat problem. Since you killed the rat, well, there's nothing to be done about that. But if they give you the reward, then an official disburser of State funds will have publicly confirmed to a foreign resident that rats do exist here. They might have been criticized...Of course, it is very silly. But the comrades in the office, like anyone else, would rather do something silly than stupid."

But the incidents disparaging governmental institutions are far outweighed by his accounts of the unaffected charm of the locals, who marvel at his ghostly-white, three-dimensional countenance and his startling fluency in the Chinese language. Many, if not most residents of Changsha and the surrounding countryside have never seen a foreigner, much less met one who speaks Chinese and who is also highly skilled in their indigenous martial arts. These curiosities open many doors for Salzman, who is met with a willing teacher or an eager student at every turn. And those who do not entreat him to become either, bestow heartfelt gifts upon him as a genuine show of gratitude for the simple honor of having made his acquaintance.

Nonetheless, the centerpiece of Iron and Silk is Salzman's passion for the martial arts, and his ever higher levels of personal mastery of wushu. When word spreads around Changsha that a foreigner adept at martial arts is seeking a teacher, many come forward to take him on as a student, most notably, China's grand champion wushu master Pan Qingfu. In return, he agrees to help Pan learn English, and during the time they spend together in lessons, a bond forms between them that culminates in Salzman's most honored wushu achievement and his most treasured friendship.

Readers who enjoy Iron and Silk will no doubt be pleased to know that the story has been adapted for the screen in a film with the same title. Salzman himself narrates and stars in this obvious labor of love, with some of the other characters playing themselves as well. A charming group of Changsha locals known as the Middle Aged English Speakers, who meet each day in a public park to practice their language skills, were cast as Salzman's favorite class of medical students. To condense the story, several characters from the book were melded together into the single character of Teacher Hei, a woman who helps Salzman navigate the nuances of Chinese culture; and Ming, a forward-thinking young woman who captures his heart, was altered and expanded into a much more significant role than her original character in the book.

Filmed on location in Changsha, there is a visual beauty about the movie that comes through much more vividly than in the book, and the unaffected candor of Salzman's narration is the very same voice that echoes from the printed page. And although for the sake of brevity, some of the most amusing vignettes have been omitted from the film, those that were chosen to tell Salzman's story were lifted verbatim from the original text. Alas, what was lost was some of the subtle irony and pathos implicit in Salzman's writing. At only 92 minutes, another half hour of story development in the film would easily have served to fulfill the missing elements. Most likely, a limited budget was to blame, as Iron and Silk is a very small, independent cinematic work. Remarkably, however, the sets, costumes, casting, script, and cinematography are all first rate for a film of its kind. Well worth watching, but read the book first.