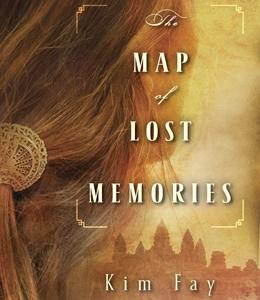 The Map of Lost Memories by Kim Fay 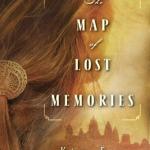 Kim Fay loves to set the stage for her travel adventures with a party. Not just any party, but a fantasy bon voyage on the eve of her departure, with a guest list of uniquely fascinating, travel-savvy expats. In her To Asia With Love guidebook series, her party-goers are "an eclectic and well-versed group of connoisseurs" with advice to share and secrets to reveal. And now that she has ventured into the realm of historical fiction with her debut novel, The Map of Lost Memories, she uses that same unique literary device to lure her readers into the sultry world of Southeast Asia in the 1920s.

Shanghai is the setting for this clandestine soiree, where "a dozen overheated journalists and revolutionaries, as well as the usual assortment of eccentrics that congregated at parties in Shanghai in 1925: a Persian opera singer, a White Russian baroness, and a gunrunner of indeterminate nationality" have come to meet Roger Merlin, a powerful and menacing puppet master in the rise of the Chinese Communist Party.  It is here that Irene Blum, a Seattle museum curator and the novel's protagonist, also makes her first appearance.

Headstrong and defiant by nature, Irene has come to the party in hopes of convincing Roger Merlin's wife, Simone, to be her guide and mentor on her journey to Cambodia in search of a lost temple that houses a set of mythical copper scrolls. Not only does Irene believe they exist, she is also convinced that the scrolls will uncloak the mystery behind the rise and fall of the Khmer empire, and the dark ages that followed. And with good reason: Irene Blum is in possession of both a secret diary and a detailed map to the lost temple, bestowed upon her by Henry Simms, a lifelong friend of her deceased parents.

In the literary tradition of the classic Hero's Journey and Joseph Campbell's archetypal Mono-Myth, The Map of Lost Memories is replete with a compelling Call to Adventure, a coveted Holy Grail, a supporting cast of Companions and Mentors, an array of esoteric Tools and Talismans, a Guardian at the Threshold that gives way to a Strange New World, where a Potent Adversary threatens to sabotage fulfillment of The Quest. With descriptive prose reminiscent of  E.M. Forster's A Passage to India,  and a plot that rivals Mark Salzman's The Laughing Sutra, Kim Fay's The Map of Lost Memories takes its characters and its readers into a forbidden world of political intrigue and treachery, on a death-defying mission of ecumenical proportions.

Throughout the gilded brocade of her tale, she has embroidered an astonishing filigree of detail and dialogue. And her gift for getting inside each moment to reveal the complexity of its components yields a rare gestalt of storytelling at its best. Kim Fay's The Map of Lost Memories is a challenge for the intellect, a feast for the senses, and a literary valentine for the heart and soul of Cambodia.

CH: Tell me about the moment of conception for your novel.

KF: This is an interesting question, and after giving it a great deal of thought, I cannot pinpoint the single moment ofconception. I know that the idea of a novel about the nature of obsession and looting a Cambodian temple began to germinate after I read Silk Roads, about Andre and Clara Malraux. The one thing that I do specifically recall happened not long after reading the book. I'd been living in Vietnam and was back in the States attending the Sacramento jazz festival with friends. During one of the performances I wandered off by myself, sat down on a quiet grassy hill, pulled out my notebook and pen, and wrote the book's prologue, about a nine-year-old girl pretending to hunt for lost treasure in the mansion that belonged to her father's best friend. All these years later, I can still see exactly where I was sitting and feel how the words poured out on the page. This prologue did not make it into the published book, but it remained in my draft for a dozen years, anchoring me as I developed the story.

CH: Are your characters and places modeled after actual people and places, either historical or personal?

KF: With the exception of the Brooke Museum and the lost temple that the characters are looking for, all of the main settings in the novel are real. Descriptions of Shanghai, Saigon and Phnom Penhin the 1920s are based on personal experience and meticulous research. For example, I lived in Ho Chi Minh City (formerly Saigon) for four years in the 1990s, so I spent a great deal of time getting to know the layout, old French architecture, and so forth. Although I also visited Shanghai and Phnom Penh, I did not know them as well personally. I used a variety of research methods, such as buying an old map of Phnom Penh, and then finding every postcard I possibly could from the 1920s and recreating the colonial city in a sort of diorama on my dining room table.

As for people, the novel was inspired by my grandpa and by Andre and Clara Malraux. My grandpa does not play a role in the novel as a character, but he was a sailor in the early 1930s, and his stories about Shanghai at that time period are the reason this city plays such a significant part in the book.

Andre and Clara Malraux were a young couple in the 1920s when they traveled from their homeland of France to Cambodia to steal a bas relief from the Khmer temple of Banteay Srei. I read about them in a book called Silk Roads, and they are the inspiration for Roger and Simone Merlin, although my characters deviate greatly from their real life counterparts.

CH: How did you go about fact checking for The Map of Lost Memories?

KF: I read countless books while researching The Map of Lost Memories. Along with travelogues, I also pored over books about Angkor Wat, art and looting in the 1920s, and even a wilderness survival guide from the time period. Even when I was using work by an established scholar, such as Dawn Rooney who specializes in the Angkor temples, I always checked each fact I used against two other reliable sources. For the travelogues -because they are eyewitness accounts - I could not fact-check everything, but I weighed each fact against everything else I had read about the subject and then made judgments calls. The interesting thing is that no matter how thorough I was, there were still things I missed. Fortunately, Random House has a diligent fact-checking department. For every fact they could not verify, they asked me to identify its source ... and this is a novel! But I really feel that it gives my novel more value, if readers can learn about something true while being taken on a fictional adventure.

CH: When I mentioned the fact-checking aspect of the novel, I was speaking not only in generalities, but in the minutiae that give the book such dimension. Things like the mention of brand names such as Tiger Balm and Keds, and specific automobiles, species of trees and flowers, art and artifacts, fabrics and fragrances... So much detail that I can't even begin to imagine the tedium of verifying that all those things were germane to the era, the culture, and the geography. And yet...they all seem to fit.

KF: Essentially, for most of the details, like the Keds shoes and Waterman pens, I relied on first-hand accounts from that time period. If an item was mentioned in a travelogue or a magazine article from that time, then it became a detail that might be useful to the book. That said, I then followed up, to make sure I had the details right. With the Keds, for example - they showed up in a travelogue of a man who saw them in the Chinatown district of Saigon, along with the Waterman pens, and mentioned how he'd been warned that they were probably fakes. So I hopped online and starting hunting down images of advertisements for Keds from that time period. Old ads are a terrific way to gather details. For some this might be tedious, but for me it's like a treasure hunt, especially when one thing leads to another which leads to another. Recently I found an amazing website about colonial-era Vietnam, and it's filled with hundreds of images (photographs, ads, records, product labels). To be able to see something with my own eyes brings it to life ... and also is the best source of fact-checking I know.

CH: How did you draw upon your own travel experiences?

KF: I lived in Saigon for four years, so this was extremely helpful in getting to know the region. In many cases, I would travel to the place where a scene or section of the book took place. Naturally, I visited the Angkor Wat temples a few times. I explored the National Museum in Phnom Penh, traveled on the Mekong River, and wandered into the jungle - although not too far! I'd also like to note that I relied heavily on others' personal travel experiences from the time period. The library is an amazing resource, and I spent hours reading books by people who had traveled in the areas where The Map of Lost Memories takes place. These accounts were invaluable because they provided unique details that gave my book the flavor not only of the place, but also of the place at a specific point in time.

Visit Kim Fay's website for further details on the story behind The Map of Lost Memories.