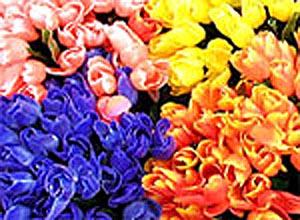 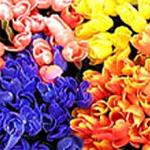 Six months before the Da Lat Flower Festival, Lam Dong Province held a press briefing in Hanoi and initiated preparations for the festival in Da Lat. All these efforts aim at raising city resident's awareness that they are living in a city of flower festivals.

The province will invest VND 15 billion in organising the event compared to last year's VND 5 billion. The event is expected to include 18 programmes in comparison with last year's six programmes.

During the festival, Da Lat will be covered by various kinds of beautiful and colourful flowers originating from different localities in the country as well as foreign countries such as Dutch Tulips, Bulgarian Roses, and Thai and Chinese Orchids. There will also be seminars and workshops about flowers as well as flower arrangement contests.

The Da Lat Flower Festival will create a good change not only for this Central Highlands city to introduce its beautiful flowers, flower growing craft, topiary bonsais and so on but also for farmers, flower companies to explore the cooperation potentiality and sign valuable contracts.

The festival program will also include musical performances, trade and tourism fairs, exhibitions and fashion shows. However, the highest point of the Flower Festival 2005 will be street festival with the performance of different carriages decorated by fresh flowers of all kinds and colours.

These flower carriages will parade in Da Lat streets in the animated atmosphere of carnival music, forming a flower line 3km long.

From the experience drawn out from the previous Festival, Da Lat Flower Festival 2005 will be held from December 10-18 to avoid Christmas holiday so as to attract more foreign tourists.