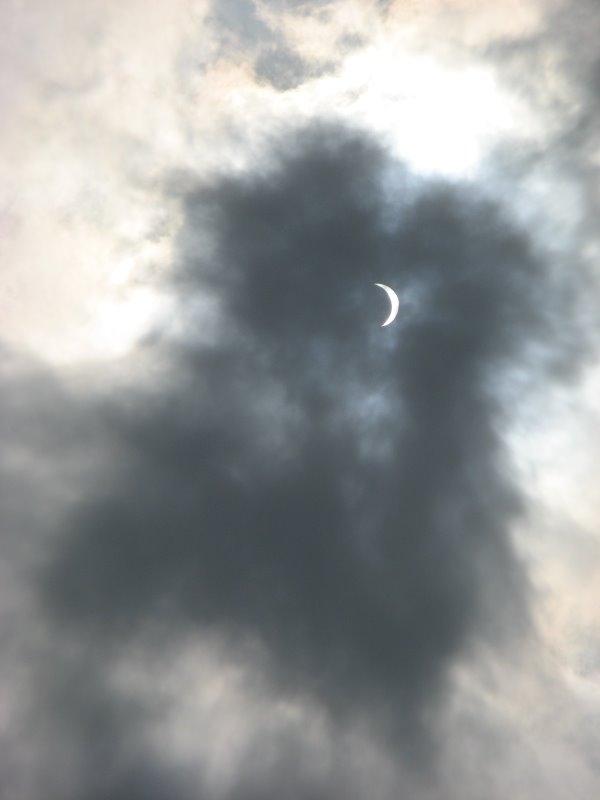 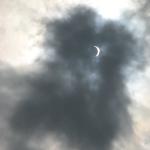 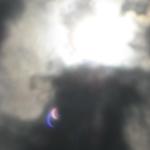 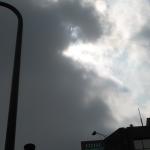 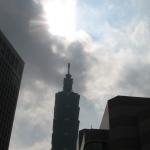 I witnessed my first solar eclipse in Taiwan, or at least the first one I remember. I was living in Shuang Shi, a Hakka town, and Grandfather Yeh, the eldest member of the clan where I was living, was out on the street by the temple, staring at the sun as it disappeared behind a black disc.

"We used to think that this sort of thing meant the sun was being eaten by a dragon, you know." He told me with great solemnity as we both shielded our eyes. "Nowadays, we know better.

That was a dozen or more years ago, and a total eclipse. Today's eclipse was smaller, the full Monty being visible in cities of more northerly latitudes. Shanghai is China's ground zero, but Taipei still has the world's tallest building and it's most ruggedly cheerful people. And anyway, Shanghai is a preening whore of a city.

I took off just after eight for the general area of Taipei 101, figuring that would be a good spot from which to shoot the eclipse over the tower, or, failing that, the eclipse alone, or, failing that, just faces. Riding up Keelung road I tried to remember what my photography guru Tobie Openshaw had advised me about shooting an eclipse, something about using special lenses, or dire warnings about burning out my retinas, or my camera bursting into flames. But it had been noisy on the train when we'd discussed this, and Tobie's advice had been mostly garbled. All I could really recall clearly was the bit about children.

The eclipse was already in full swing by the time I got to the row of convenience stores just across from Taipei 101, but it was cloudy, and anyway, I needed more coffee. Some people were outside of the shop, staring into the sky and pointing at the strangely circumcised disc as it peered in and out of the clouds. I tried several times to get some shots of the eclipse and the tower together, but these are difficult matters, best left to trained professionals.

The best I could get was one shot of the tower, with just a trace of light to indicate that some sort of heavenly configuration might be occurring somewhere in the vicinity.

Coffee finished, I rode west on Hsinyi road. On the corner of Dunhua and Hsinyi, traffic had slowed to a crawl. I came across a group of bank employees looking up at the eclipse using old-school 3.5 computer disks to shield their eyes.

I managed to snap a couple of shots of the eclipse at close to full as it was going to get in Taipei, which happened around 9:40. The clouds helped provide contrast and visibility, not to mention saved me from the worst of the potential retina-scarring.

Down on the corner of Dunhua and Hoping, pay dirt: An entire kindergarten class, each more cherubic than the next, all looking at the waning eclipse through strips of Kodak film. "OK, OK, that's long enough," their teacher was telling them. "Don't look at it any longer, let your eyes rest.

But the kids kept looking anyway, because that's how kids are. And I guess that's how I am as well, because by the time I got back on Keelung road I was nearly blind, and still am for that matter. But no matter. A man doesn't get that many chances in life to watch the sun as it gets consumed by the great celestial dragon.

Temporary blindness and a blinding headache is a small price to pay.