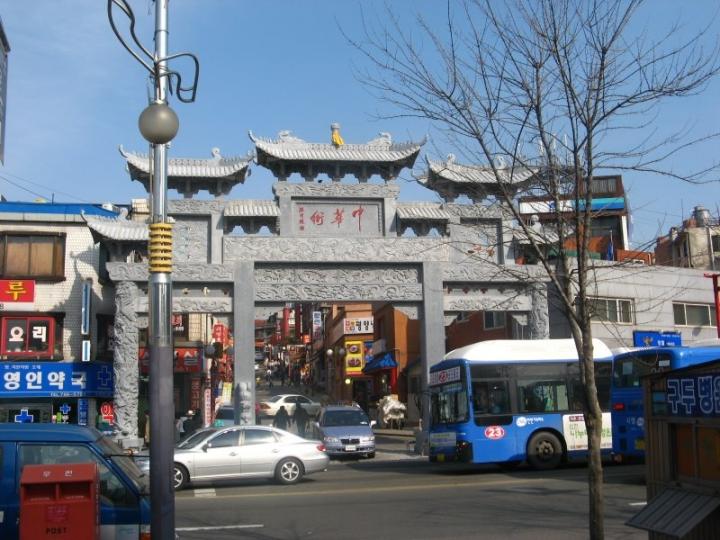 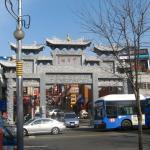 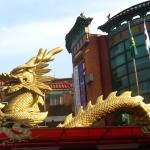 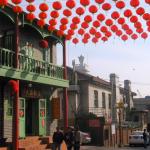 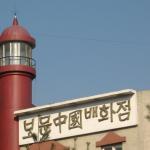 At the tail end of a long weekend out you and your wife ride the train from Downtown Seoul to Incheon, planning to check out Korea's only Chinatown. You haven't heard all that much to attract you to Incheon Chinatown; being bi-coastal Americans with roots in both New York City and San Francisco, it takes more than a spectacular gate, stalls selling trinkets and a few noodleshops for a Chinatown to impress. And Seoul, not a city known for either it's beauty or ethnic diversity, strikes neither of you as particularly fertile grounds from which a world-class Chinatown might spring.

But one attraction does compel, if only mildly: Your wife has heard tale of a museum dedicated to Jajang-myeon, a noodle and soybean paste specialty. How many people can boast of having visited a noodle museum?  Besides, your flight from Incheon leaves on the early side of the next morning, so you figure sleeping in Incheon might offer a head start.

Getting off at the terminal stop after ninety minutes on the metro, the dense crowds of Seoul have thinned considerably. The woman behind the desk of the tourist information booth is of great assistance assuring you both that rumors of a noodle museum had been released prematurely.

"Yes, there will be a museum devoted to Jajang-myeon. But not yet. Perhaps it will open later this year?"

She is equally helpful in deflating the idea that sleeping in Incheon will buy you any extra sleep; for reasons known only to cityplanners, even the train from the Incheon-Airport junction (where you've booked a reasonably priced hotel) takes about the same amount of time as the bus from the airport to downtown Seoul. But she does point you in the direction of Chinatown, which lay just up the hill from the station and information booth.

So you wander up the hill away from the station, and soon find yourself milling around along with a hundred or more similarly-milling families out from Seoul looking to suck up a bit of Sunday culture on a warm March afternoon. The air is heavily scented with burning pine incense and cooking smells, and the neighborhood feels pleasant enough.

The signs of a well tended Chinatown are all here. There are street stalls selling medicine balls and kung fu trinkets, and restaurants with names in Chinese and Korean (hardly unusual anywhere in Korea, or at least on this side of the DMZ). Still, it's all a bit plastic, and the overall vibe of Incheon Chinatown is one of a movie set kept around to make low-budget period pieces every few years. Missing among the restaurants and kung-fu balls and colorful roofs is anything approaching actual Chinese vibrancy.  At one point you spot a woman in a Mao cap selling Beijing style yang rou chua'r on the street, so you buy a stick. The woman selling the meat is Korean, through and through, and answers your cheerful greeting of tongzhi hao (hello comrade) with a puzzled stare.

You do get your noodles, however, at a place owned by a Chinese immigrant (not all that common in this Chinatown). His Chinese is fine,and his Jajang-myeon excellent. Even so, you stop short of calling him comrade. After lunch you wander into Jayu Park and lock eyes with the statue of General Douglas Macarthur (whose famous invasion / liberation march began not too far from here). Not far from here is the 11-metre high blue, pink and yellow gate for which the neighborhood is famous. But it seems strangely alien, out of place.

More in line with the overall vibe of the city is the gray and somewhat plain gate that stands watch over the entrance just across from the train station. It's hardly Chinese at all, save for the inscription, yet it feels more at home in this homogenous city. It's this gate that you head under before crossing the street back towards the metro, feeling just a little down. But forget it, you tell yourself as you board the train. It's Chinatown.

Practical Information
Incheon's Chinatown is located across from the terminalstop of the dark blue line; this line branches off into two at Guro station, soyou'll want to make sure that you're on the right train before then. Despitebeing in Incheon, it's no faster to get to the airport by public transport fromChinatown than it is from downtown Seoul. The information booth next to thetrain station is very helpful. The noodle museum should be open by 2010.