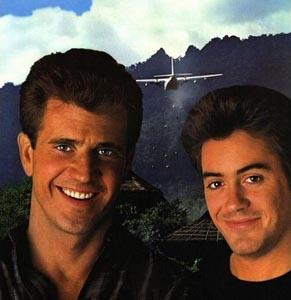 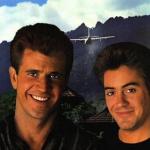 Robert Downey Jr. and Mel Gibson star as Billy Covington and Gene Ryack, maverick pilots working in Laos for a covert smuggling operation facilitated by the CIA. In the opening act, Billy Covington is introduced into the film as a daredevil drive-time helicopter pilot/reporter for a Los Angeles radio station. Fired from his job for pulling one stunt too many, and bored at the prospect of looking elsewhere for work, Covington is scouted by Rob Deihl, director of covert operations in Laos, to come aboard as a cargo pilot, with promises of a Taiwanese pilot's license, and an exotic Southeast Asian adventure. With nothing left to lose, and unaware that he's signing up to facilitate backdoor funding of the Vietnam War, Covington joins Diehl's team of renegade pilots.

Upon his arrival in Vientienne, Covington is welcomed by Gene Ryack, a swaggering fly-boy with his own agenda. While affably ferrying each day's cargo from point A to point B, whether food, livestock, guns, or drugs, Ryack is secretly working his own entrepreneurial plan to fund his dreams of early retirement. And while Ryack is not without scruples, it's all in a day's work for Air America, whose motto is, "Anything, Anywhere, Anytime."

It doesn't take Covington long to figure out that the CIA is in cahoots with Gen. Lu Sung, smuggling his heroin shipments in exchange for support from the Lao army. And although Covington is in it for the adrenaline rush, his youthful idealism won't allow him to rationalize his moral transgressions in the same way that Ryack does.

Nonetheless, the job delivers as promised. Covington is met with the daily challenges of dodging gunfire, landing on makeshift airstrips, and relying on co-pilots with questionable sanity. Moreover, when Senator Davenport shows up asking a few too many questions, Covington is faced with maintaining the Air America façade. And although there is a measure of levity in their aeronautic high jinks, when the stakes become too high, and the ethical standards too low, both Covington and Ryack must examine the consequences of their actions.

Directed by Roger Spottiswoode, with a screenplay by John Escow based on the book by Christopher Robbins, Air America playfully pushes the limits of your typical "buddy flick" by venturing into the realm of political controversy. However, in an effort to maintain its comedic overtones, the story refrains from delving too deeply into conspiracy theory, and artfully avoids preachy epilogues. And although the performances of the characters are deliberately hammy, because Air America was produced in 1990, performances by Robert Downy, Jr. and Mel Gibson are far less so than in the iconic roles of their later careers. Despite its flaws and shortcomings, Air America has held up reasonably well over time, and still offers a humorous yet thought-provoking glimpse of the puppet strings behind the Vietnam War.