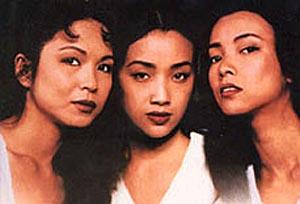 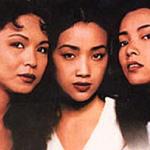 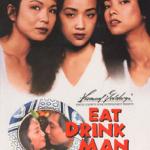 Take one widowed Taipei master chef, add three romantically-troubled daughters, stir in a flirtatious widow, mix vigorously, and you have a recipe for Ang Lee's 1994 Oscar-nominated film Eat Drink Man Woman. Known in Chinese as Yin Shin Nan Nu, this effervescent romantic comedy centers around the Chu family dinner table, where Chef Chu serves up a five-star banquet for his three daughters every Sunday afternoon. Jia-Jen, the eldest is a chemistry teacher, newly indoctrinated into the Christian faith. Daughter number two, Jia-Chien, is a high-ranking airline executive, and the youngest, Jia-Ning, is a university student who moonlights at a fast food restaurant. There's just one problem: Chef Chu has lost his sense of taste.

Nevertheless, Sunday dinner provides the perfect venue for family 'announcements', in which his daughters reluctantly yet boldly divulge the most recent developments in their personal lives. Jia-Jen, the eldest, still suffering from the pangs of unrequited love, fervently channels her energy into her daily prayers, until mysterious love letters begin appearing on her desk each day. Jia-Chien is in the throes of a dilemma, as she is romantically involved with a married co-worker, has recently placed a bid on a condominium, but has also been offered a lucrative job in Amsterdam. And Jia-Ning, the youngest, feels romantic sparks fly, as she plays intermediary between a coquettish female co-worker and her lovelorn boyfriend. Meanwhile, Chef Chu has his own intrigue simmering, as he secretly prepares a gourmet lunch box each day for Shan-Shan, the six-year-old daughter of Jin-Rong, Jia-Chien's best friend; all the while dodging the romantic advances of her widowed mother, Madam Liang.

The plot skips along at a whimsical pace, and the gorgeous gourmet food is as much a part of the cast as the stars who play the Chu family and its galaxy of supporting characters. And even if you weren't hungry when you sat down to watch Eat Drink Man Woman, you'll be ravenous by the time the credits roll.

Eat Drink Man Woman is available on VHS and DVD at Amazon.com