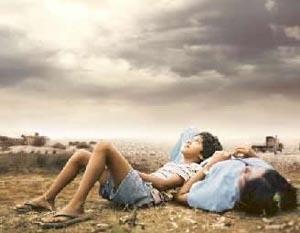 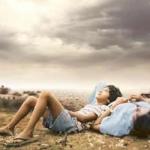 Be prepared to take it slow with this Sri Lankan slice of life that centers around Anura and Lata, a young married couple, their daughter Batti, and Soma, a spinster sister, carrying out the mundane minutiae of their daily lives amid the ongoing political clash between the Sri Lankan government and the Liberation Tigers of Tamil Eelam.

Relationships, albeit enigmatic, are the centerpiece of this film: husband and wife, parent and child, brother and sister, elder and youth, friend and friend, military and civilian, and even secret lovers. Oddly enough however, there is very little interaction within these relationships. Throughout the film, the characters are alone in many of the scenes, often surreptitiously observing the activity of others, rarely connecting with each other in any meaningful way.

Dialogue is sparse, plot and action are minimal and primal, character development and motivation are obscure, atmosphere and setting are powerful, the sound track is virtually silent, creating a moody, existential dynamic with strong sexual undertones.

Writer and director Vimukthi Jayasundara, as well as all the players and production crew are relative newcomers to the cinematic stage, but that was no impediment to The Forsaken Land winning the Best First Film Award at Cannes in 2005. However, much as its name implies, The Forsaken Land is bleak and barren. But it's worth watching as long as you're willing to simply stay in the moment and accept it for what it is.

Available on Amazon.  Click here to watch the trailer.