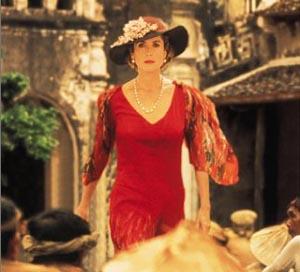 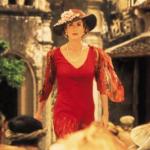 A novel variation on the 'Electra Complex' adds an element of tension to Indochine, as Catherine Deneuve in the role of Eliane, an iron-willed rubber plantation baroness, and her adopted Vietnamese daughter Camille, ply their feminine wiles for the affections of a handsome French naval officer in 1930's colonial Vietnam.

Linh Dan Pham plays the orphaned Camille, the Princess of Annam, daughter of Prince Nguyen and his wife, who were killed in a plane crash. Eliane, a woman of French descent who has lived all her life with her father Emile on a grand estate in Vietnam, was the best friend of the royal family, so there was no question that she would be the one to care for the child after the death of her parents.

The adoption of Camille included an inheritance of the vast 15,000 acre Lang-Sai Rubber Plantation, which Eliane runs with capable confidence. Her social and financial status also affords her acceptance into the inner circle of French military commanders and diplomats, especially Guy, who has been trying in vain to win her hand in marriage for many years.

Camille attends a French Catholic boarding school and is engaged to Tanh, the son of a widowed oil and soap merchant, a cousin of Camille's mother. Tanh is away studying in Paris, and Camille worries that he will fall in love with a French girl while he's there.

When the handsome young officer Jean-Baptiste catches one of Eliane's plantation workers smuggling opium on the river, he sets fire to the boat and casts him adrift with his son. Wracked with guilt, the following day, Jean-Baptiste visits the plantation in hopes of finding the boy and apologizing.

Eliane and Jean-Baptiste are already well aware of each other's presence, since the two of them had met on several occasions, including at a scull-rowing race in which the French navy defeated the locals, and at an art auction in which Eliane out-bid him for a painting. Jean-Baptiste's visit to the rubber plantation sparks a torrid but brief affair between them, until he makes it clear that he wants his independence and will never be entirely hers.

But their destiny doesn't end there. Trouble is brewing over the French military presence in the city of Saigon. When Indochinese troops massacre their French officers, and the French government executes their assassins, it causes a protest among Vietnamese nationals in Paris, Tanh is deported from France, the Saigon mandarin is assassinated, and Eliane's rubber plantation is badly damaged by arson. When gunfire erupts in the streets of Saigon just as Camille and her classmates are passing through, Jean-Baptiste rescues her from harm and it's love at first sight.

Predictably, Eliane puts the kibosh on their romance and uses her influence to have Jean-Baptiste sent to an outpost in the hinterlands, not so much out of jealousy, but to protect her daughter from his roguish ways. But Camille is inconsolable, and her defiant quest for the man she loves becomes the stuff of legends.

Indochine is one of the best Asian epics ever made, both in its depiction of the far-reaching political implications of French colonialism in Vietnam, and the fictional lives of a family torn by its tragic drama. Amid a constellation of impeccably cast characters, the ever French and trop beau Catherine Deneuve is unforgettable as Eliane, and her performance in this film is perhaps the defining role of her career. The Christmas Eve dance scene is not to be missed...

Indochine is available on VHS and DVD at Amazon.com.