Film Review: The Killing Fields and Swimming to Cambodia 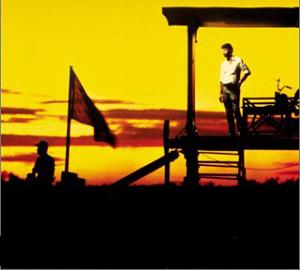 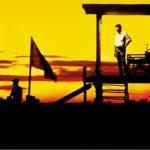 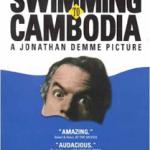 For anyone interested in the 20th century history of Southeast Asia, the pairing of two excellent films, The Killing Fields and Swimming to Cambodia, is an enlightening experience. Although well past their prime, both films have held their cinematic and historic value over time, and are especially relevant in these troubled times on the opposite side of the globe. For those who don't know what one film has to do with the other, here's a brief explanation:

The Killing Fields, a 1984 film by Roland Joffé, starring Sam Waterston, John Malkovich, and Haing S. Ngor, tells the gut-wrenching story of the fall of Phnom Penh, the Cambodian capital, under the tyranny of the Khmer Rouge, as seen through the eyes of several New York Times reporters and photojournalists, most notably Sydney Schanberg and his Cambodian protege Dith Pran. The film also features Spaulding Gray in a small but pivotal role credited only as U.S. Consul, the nameless aide to John Gunther Dean, U.S. Ambassador to Cambodia. Three years later, raconteur Spaulding Gray went on to create Swimming to Cambodia, directed by Jonathan Demme, an engaging and spirited one-man narrative of his quest for the perfect moment during his experiences while filming The Killing Fields in Bangkok.

With its poignant portrayal of the relationships between a cast of real-life characters, and its unflinching depiction of the futility of the U.S. presence in Cambodia amid the remorseless carnage committed by the Khmer Rough, most of whom were mere children playing at very serious games, The Killing Fields is a masterful work that puts a human face on both sides of the conflict in Southeast Asia.

Haing S. Ngor as supporting actor Dith Pran made cinematic history as the first Southeast Asian and the first Buddhist to win an Academy Award in an acting role. The film also won Oscars for Best Cinematography and Best Film Editing. In other categories, The Killing Fields was nominated for Best Adapted Screenplay by Bruce Robinson, Best Actor in a Leading Role by Sam Waterston, Roland Joffé for Best Director, and Producer David Puttnam for Best Picture. And although not singled out by the Academy for his performance, John Malkovich steals every scene with his irreverent portrayal of photojournalist Alan Rockoff.

In perhaps one of the simplest movie sets ever designed, Spaulding Gray paints an astonishingly vivid picture of what really happened in Cambodia, interwoven with his equally astonishing experiences during the filming of The Killing Fields in Thailand. Throughout the entire 85-minute monologue, He sits at a utilitarian wooden table, furnished only with a microphone, a glass of water, a retractable pointing device, and a small spiral-bound notebook. Behind him on either side are two pull-down maps, one of Southeast Asia and one of Cambodia.

This might lead one to wonder how one man with a spiral notebook, a glass of water, a pointer and two maps could possibly hold the attention of an audience for 85 minutes, much less for the original four-hour live performance of Swimming to Cambodia. But that's the magic of Spaulding Gray's unrivaled gift for storytelling. Music by techno-virtuoso Laurie Anderson adds a palpable dimension, as does perfectly timed lighting effects and relevant film footage from The Killing Fields.

Spaulding Gray's narrative moves along at a dizzying pace, motoring from one topic to the next, transporting the audience with his mystical powers of vocal telekinesis from his apartment in downtown Manhattan, to the Hollywood studios of Warner Brothers, to the film set at the Victoria Hotel in Bangkok, to the idyllic beaches of Phuket, punctuated throughout with comedic punchlines delivered with Puckish delight, straight into the eye of the camera. And when his 'Perfect Moment' finally arrives, be prepared to be right there in the moment with him.

It was a monumental loss to both the film industry and contemporary American literature when the body of Spaulding Gray was found in the East River in New York City on March 8, 2004, after being reported missing in January, when he jumped to his death from the Staten Island Ferry. As the son of a manic depressive mother who eventually committed suicide, it was no secret that Spaulding Gray also suffered from bouts of severe depression, and at the time of his disappearance, he had been working on a new monologue based upon his recovery after an automobile accident in Ireland.

Spaulding Gray was by no means a big Hollywood star, but will always be remembered instead for his dramatic, and oft comedic monologues in which he shone in the best role of all...himself.

The Killing Fields and Swimming to Cambodia are available on VHS and DVD at Amazon.com