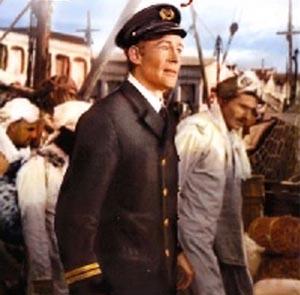 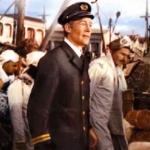 The life of Joseph Conrad is mirrored in his novel, Lord Jim, a classic adventure tale that inspired the film starring Peter O'Toole as the title character. From the age of sixteen, Conrad worked as a merchant seaman with both the French and the British Merchant Navy, and much like Conrad, Jim departs on his first voyage from the port of Marseille. A leg injury aboard the ship forces Jim to debark in Java for medical leave, where he begins his fictional adventures in the Pacific islands and Southeast Asia, many of which are based upon Conrad's own experiences.

From Java, Jim signs on as an officer aboard the Patna, a rustbucket bound for Mecca with 800 Muslims aboard. While in the swells and gales of a typhoon, Jim and his fellow officers abandon ship in one of only two lifeboats, leaving the Muslims to perish in the storm. When they arrive safely at a Malaysian port, they discover that the Patna has been rescued and towed to shore. An inquisition follows, in which Jim is exonerated, as there is no statute requiring an officer to go down with his ship. This pivotal moment now defines Jim's character, as he seeks redemption for his cowardice.

His first opportunity comes with his next assignment, when a ship-to-shore skiff is sabotaged with a load of explosive cargo aboard. Instead of abandoning ship again, Jim valiantly extinguishes the blaze and averts disaster. Impressed by his bravado, Mr. Stein of the Far East Trading Company offers Jim a job as a cargo officer aboard a train loaded with repeating rifles to help a group of villagers defend themselves against a rogue general who has established a stronghold at Patusan.

When Jim arrives at the village and unloads the rifles, instead of heading back the way he came, he stays to help the villagers in their war, and in the process, gains the trust and friendship of the tribe elder and his son, and falls in love with a beautiful schoolteacher. As the battle ensues, with his cowardice aboard the Patna still haunting him, Jim is determined to distinguish himself with an act of courage and heroism, or die trying.

With its anti-hero and its angst-ridden themes, Lord Jim is a Joseph Conrad classic. Much of the film was shot on location in the jungles of Cambodia, and although the plot has its gaps, and the acting is hammy in places, especially in the demonstration of said 'angst', ultimately, it's a study of man's struggle against himself, and the courage and sacrifice of one man's journey that earned him the title, Lord Jim.