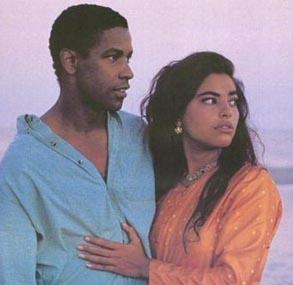 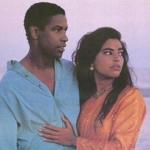 Cultures clash in the Deep South when Mina, a Ugandan-born Indian woman falls for African-American Demetrius Williams. Mina and her family were expelled from Kampala, Uganda in 1972 by the regime of Idi Amin, and immigrated to the U.S., where they joined relatives in Greenwood, Mississippi. Nearly twenty years later, the family is doing their best to fit in, running a modest motel, and operating a liquor store. But Mina's father still lives in hopes of someday righting the wrongs he suffered, and returning with his family to their beloved home in Uganda.

Demetrius Williams is a native of the rural Mississippi town, where his father works as a waiter in a restaurant owned by one of Greenwood's most influential families. As the favorite son in a close-knit family, Demetrius is well on his way to financial success with his own carpet cleaning business. By day, he works tirelessly to build his clientele, while keeping an eye on his errant brothers; and by night, he sees to it that his aging father has everything he needs when he finishes his long shift at the restaurant.

The paths of Mina and Demetrius literally collide, when Mina rear-ends Demetrius' carpet-cleaning van in a traffic accident on the streets of downtown Greenwood. Later that evening, after attending her cousin's wedding, Mina goes to a social club with an eligible young Indian bachelor. But her date becomes jealous and sulky when Mina runs into Demetrius at the club. Having grown up in a predominantly black-African culture, when Demetrius makes a play for her, Mina is open to the possibility of an inter-racial relationship.

Knowing that her father still harbors an old grudge toward black-Africans from his misfortunes in Uganda, Mina keeps her relationship with Demetrius a secret. But things go terribly wrong when her cousins spot the two lovers on a romantic getaway to Biloxi. When her father finds our and forbids her relationship with Demetrius, Mina must choose between her family and the man that she loves.

Directed by Mira Nair, Mississippi Masala is a pointed but even-handed study in the subtleties of cultural bias and racial prejudice. With stellar performances by Sarita Choudhury, Denzel Washington, Roshan Seth, and Sharmila Tagore, and a colorful cast of supporting actors, Nair delivers a powerful message with both courage and sensitivity. In the guise of a small, independent film, Mississippi Masala tackles issues of epic proportions. In Mira Nair's growing cinematic repertoire, Mississippi Masala is undeniably one of her best.