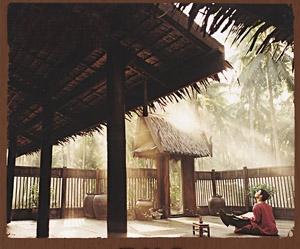 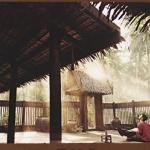 Inspired by the life of one of Thailand's most revered musicians, The Overture tells the story of Luang Pradit Phairoh, a virtuoso on the ranad-ek, a xylophone-like instrument that is featured in traditional Thai music. Born Sorn Silapabanleng, this musical prodigy's gift was discovered by his parents at an early age. But when his equally gifted elder brother was murdered over a music competition, he was forbidden by his parents to continue his musical studies. So driven is Sorn to play the ranad that he sneaks off at night to practice. It's only when a wise old monk advises his father not to deny his son the right to fulfill his musical destiny that he is allowed to resume his studies.

As Sorn matures through adolescence and into adulthood, his musical talent shines brighter with each passing year. But throughout his young life, he is known only to the locals. Although his reputation is highly esteemed in his hometown of Ampawa, when Sorn attends his first music exhibition and competition, he discovers that there are many fellow musicians whose talent rival or surpass his own. It is here that Sorn meets his soon-to-be nemesis Khun In, who literally "plays up a storm" in a virtuoso performance on the ranad-ek.

Nevertheless, Sorn's talent does not go unnoticed, and he is invited to the palace of King Chulalongkorn to join the royal ensemble for further musical training. When the king calls for a competition between the best musicians in Thailand, Sorn must once again face his nemesis. And although his musical skills now rival those of Khun In, Sorn realizes that now more than ever, he must take creative risks to challenge the timeworn traditions of piphat music, and use his talent to bring the art form to transcendence.

Throughout the film, scenes flash forward and backward in time, from Sorn's childhood and adolescence, through adulthood and into his waning years. After a stellar career as a ranad-ek maestro, Sorn faces the greatest challenge of his life amid Thailand's reformation regime. Where he once strove to break free of the confines of tradition, now he must fight to preserve it at all costs.

Directed by Ittisoontorn Vichailak, The Overture swept the Thailand National Film Association Awards in nearly every category, and garnered high praise at film festivals around the world.

Set against a sepia-toned backdrop of cultural and temporal authenticity, The Overture is a masterfully crafted work of historical fiction. Without guise or guile, it remains resolutely focused on a singularity of theme and purpose: the appreciation and preservation of Thailand's beloved piphat orchestral music.