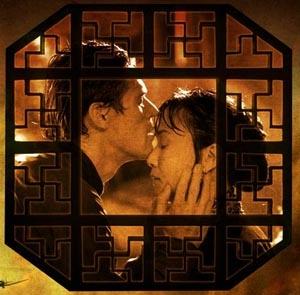 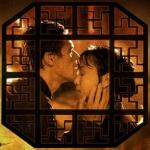 Based upon the World War II era novel by Pearl S. Buck and a screenplay by producer and leading lady Yan Luo, Pavilion of Women co-stars Willem Dafoe as Father Andre, and Yan Luo as Madam Wu Ailian. The book and the film tell the story of a Chinese woman who has grown discontent with her marriage to a wealthy aristocrat, and on her fortieth birthday, begins a quest to liberate herself.

Toward that end, Madam Wu engages the services of an orphaned young woman as a concubine, so that she herself might retire from her daily obligation to fulfill her husband's sexual desires. However, Madam Wu continues to live in her own quarters within the spacious Wu household, where her husband's mother holds the matriarchal throne.

Nevertheless, as the mother of three adult sons, Madam Wu still plays a significant role in their lives, from being the indulgent grandmother of their offspring, to overseeing the foreign studies of her youngest son Fengmo to prepare him for his arranged marriage. But when she hires Father Andre, a Catholic missionary, as his private tutor, little does she realize the chain of events that she has set in motion.

Directed by Ho Yim, Pavilion of Women was clearly intended for mainstream Western audiences, with its all-English dialogue and casting of actors with previous Hollywood experience. The role of Fengmo is played by John Cho of Harold and Kumar fame, and concubine Yi Ding made her film debut at age nine in The Joy Luck Club. Filmed on location in and around the ancient city of Suzhou in Jiangsu Province, the setting is rich with architectural and geographic detail, and costumes by Wendy Law are both opulent and uncontrived. Together, these visual elements create the overall effect of a scaled-back epic.

Pavilion of Women has come under fire by many critics for the liberties it has taken with the novel's original text, especially with regard to the characters' ultimate choices and the resulting fate that awaits them. Nonetheless, Pavilion of Women is not without its merits, and is worth watching for its cultural and historical value, and as a cinematic homage to its source, the venerable Pearl S. Buck.