He Went For A Walk in the Jungle 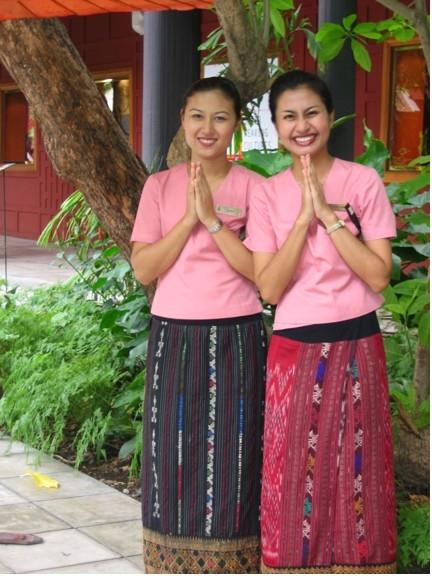 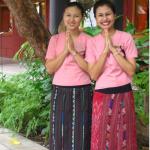 He went for a walk in the jungle one day in 1967 and never returned. There is an air of mystery about the Jim Thompson home in Bangkok. Thompson, an architect from Delaware, was sent to Thailand as a military intelligence officer during World War II. Enamored with the exotic locale, he returned there immediately after being discharged from the United States Army.

During the coming years, Thompson would successfully revive a dying art in Thailand. Colorful hand woven silks had once been a prized part of Thai culture but by the late 1940’s were gradually being pushed aside by mass production. Thompson set out to change that. Armed with samples of genuine silks made by local Bangkok craftswomen he went to New York where he caught the eye of major fashion designers. Soon Thai silk was all the rage. Valentino, the dress designer began fashioning clothing with the material, raving about its luster and texture.  The costume designer for the movie the King and I used Thai silk to create the outfits for the all the actors in the popular Rodgers and Hammerstein musicale. Big hotel chains like the Hilton and Savoy featured draperies made from Thai silk.  The industry took off and continues to flourish. Today more than 20,000 families in Thailand make their living weaving silk for an international market.

The patterns and designs Thompson created nearly four decades ago continue to be some of the most lovely and intriguing. Stores with his name abound in Bangkok and it is hard to resist buying a Thompson creation. I couldn’t.

Though busy with his new enterprise in the fabric industry, Thompson was still an architect at heart, and set about fashioning a unique home for himself in Bangkok. He purchased six old teak Thai houses decorated with hand carvings and designs. He connected them all together on a thickly- treed area of jungle land he purchased right on one of Bangkok’s famous canals. Like all traditional Thai houses his stood on stilts high above the ground. Thompson proceeded to use the substantial wealth he was accruing from his silk business to fill this home with Asian art and antiquities. Soon his collection was to be envied world wide.

Then in 1967 Thompson was vacationing in Malaysia with friends. One afternoon he set off on a jungle walk and never returned. No evidence has ever been found to suggest what could have happened to him. Theories abound of course. Was he eaten by a tiger? Did slip down into a ravine and drown? Was he kidnapped and died before a ransom could be demanded? Did he just want a new life? His military intelligence training would have served him well in a bid to simply disappear and re-locate. The mystery has never been solved and adds an extra air of intrigue to the Jim Thompson story.

Today Thompson’s home has been turned into a museum by the Kingdom of Thailand. Lovely young women, wearing Thompson designed silk skirts and blouses and fluent in many languages, guide you through the carefully preserved series of houses. His impressive art collection remains intact. Of course once your tour is over you can shop in a Jim Thompson store and buy scarves, shirts, dresses, table cloths and a host of other items all featuring original designs.

Thompson is something of a hero in Bangkok. He was instrumental in boosting the economy a half century ago by introducing Thai silk to the world. Despite of, or perhaps because of, his mysterious disappearance he continues to be a financial asset to Thailand as his art collection, lovely home and interesting life story draw people from around the world to Bangkok.