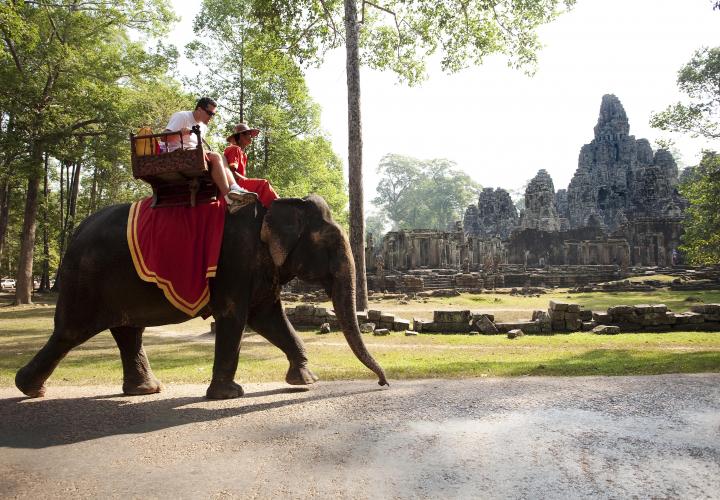 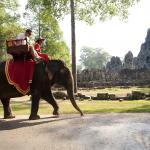 Cambodia is officially known as the Kingdom of Cambodia and is located in the south of the Indochina Peninsula and in the heart of Southeast Asia, making it a natural gateway to Laos, Thailand, Indochina, Myanmar and Vietnam.

Its shape and geography divide it into four natural regions: the mountains and forests in the North, the vast rice fields of the Central Plains, the semi-arid farm lands of the Northeast plateau, and the tropical islands and long coastline of the peninsula in the South.

After many years of isolation and civil war, Cambodia opened to tourists in the mid-1990s and the country expects to receive more than three million visitors in 2012.

Cambodia's primary tourist destinations are Angkor Wat and the other temples of Angkor near Siem Reap, Phnom Penh, and the beaches of Sihanoukville.

Other new destinations such as the hill tribe areas of Ratanakiri and Mondulkiri, the remote temples of Preah Vihear and Banteay Chhmar, and quaint provincial capitals such as Battambang, Kampot and Kep, are just now being discovered by travelers, and all offer the unique experience of ‘unspoiled' Cambodia.

Angkor Wat, which took over 400 years to complete, covers an area of more than 400 square kilometers. It is the world's largest religious building, and is a UNESCO World Heritage Site.

Enjoy the spectacular sunset from the Phnom Bakheng Temple, as well as elephant cruising.

Receive a water blessing from a Buddhist monk at the beautiful Tep Pranamm Pagoda inside Angkor Thom.

Get off the beaten path at Sambour Prei Kuk, one of the lesser-visited temples.

Cruise past the magnificen.t floating villages lit by the warm glow of the evening sun on Tonle Sap Lake.

A one day excursion to Phnom Kulen, which is widely regarded as the birthplace of ancient Khmer Empire.