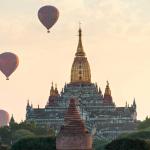 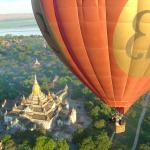 After years of secrecy and a tourism boycott, Myanmar is set to take off as a travel hotspot in Southeast Asia.

Much like its neighbor Thailand, Myanmar has much more to offer outside of its capital city, Yangon. A country with a rich history and culture, Myanmar now has a host of options for the luxury traveler wanting to explore its archaeological wonders, cruise the great Ayeyarwaddy River, or relax on pristine white sand beaches. Myanmar is the cool new place for savvy travelers who want to be the first to discover new destinations.

History buffs will be well aware of the many cultural relics found in Myanmar. Known as the ‘Land of a Million Temples', the country's strong Buddhist tradition and history can be explored in hundreds of pagodas, stupas and monasteries, particularly in Mandalay (the cultural capital) and Bagan.

Mandalay, Burma's second largest city was the last royal capital and is rich in monasteries, architecture, crafts, food, and various modes of transport. Lying on the Ayerwaddy River it is awash with monks, markets, people and goods with everything from jade markets to football games in monasteries to age old palaces to see.

Founded as a kingdom in 1044, Bagan is the archaeological crown of Myanmar. Twice a day - just before sunrise and sunset -Balloon over Bagan is a unique experience, giving visitors an incredible bird's eye view of ancient pagodas, 11th century kingdom ruins and the mighty Ayeyarwaddy River from, you guessed it, a hot air balloon.

Further south on the Arakan Coast lie the 15th century ruins of Mrauk-U, once the capital of the Rhakine Kingdom. This rarely-travelled destination is accessible only by boat along the Kaladan River and represents an exciting alternative (or supplement) to Bagan for historical and architectural enthusiasts.

Those keen for a slice of serenity will appreciate a visit to Lake Inle, Heho, which the modern world has yet to claim within its grasp. Roughly 7,000 people live in hundreds of small villages bordering the lake, which is still fished by rowboat fishermen. A boat trip on the lake or a bicycle ride through surrounding villages will leave you much less stressed than if you had actually built a time machine and travelled back to a simpler time.

On the other hand, travelers with an urge to relax with a touch of luxury will be tempted to while away the hours at the beachfront Amazing Ngapali Resort in Zee Phyu Gone. Its 40 rooms are decked out in traditional wood and cane décor and they all boast sea views for those who, for whatever reason, can resist lounging in the coconut groves or just jumping in to Ngapali Beach.

A river cruise is also an excellent way to see the country. Check out the Road to Mandalay or Pandaw cruises.

Top Five Destinations for Your Active Holiday in Vietnam