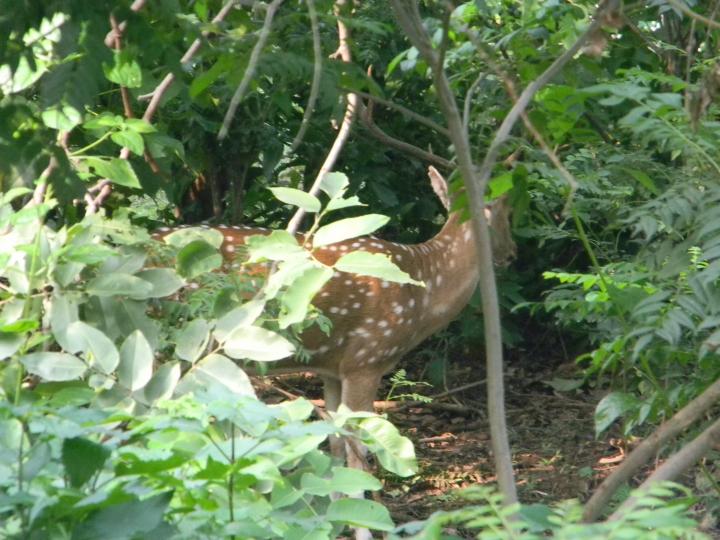 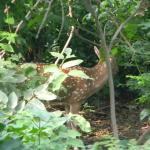 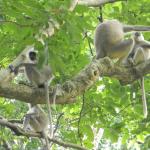 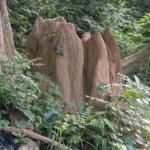 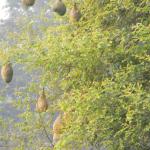 It was an interesting day as finally the management agreed for the trip to North India's oldest wildlife sanctuary - Jim Corbett, I have travelled almost the entire northern India, but Corbett..it was my first time.

The only time I'd ever been to jungle it was three years ago - a week-long solo trip to Ranathambore. So, naturally, I was excited. Even as a child, I remember reading much about the beauty of Corbett and its most famous resident - the Bengal Tiger.

Situated in the Nainital district of Uttarakhand, the Jim Corbett National Park is the oldest such nature and wildlife reserve in India. It was established in the mid-1930s to protect the natural habitat of the endangered Bengal Tiger.

But to cut a long story short, two days later, I found myself at the Mapple Resort just outside the main Corbett reserve.

My friend and I, and my office colleagues had done the nearly six-hour drive down from Delhi across the killer highways of Uttar Pradesh. While the small towns we passed were non-descript, the miles and miles of farm belts were hard to miss.

There were sugarcane and mustard fields as far as the eye could see - I was almost tempted to get off and run through one of them like Simran inDDLJ. Another time, perhaps! As always, the beauty of rural India fascinated.

We were put up in a beautiful villa with spacious rooms and a large terrace area where, when nightfall came, we'd indulge in idle chatter over our preferred tipple and endless games of Poker.

During the day, elephants lumbered along the resort's paved paths carrying yet another backload of tourists on an elephant safari. The river Kosi flowed behind the property, its waters almost down to a trickle in some parts. This is the path the elephants took - across the river and into the forest beyond.

I was happy to go along with whatever the rest wanted to do - just sit by the river and watch it flow, cross its cold waters without trying to slip on its mossy bed, or ruminate on the beauty of nature and what could be an idyllic life in a land by the hills.

But I digress. The highlight of Corbett was its tiger safari and we were going for one, too! At the crack of dawn we woke, showered, brushed and got ready as we shivered in the winter cold of Uttarakhand.

By 7 am we were at one of the main entry gates from where tourist-laden jeeps made their way to tiger territory.

As first light hits the reserve, you can't but be taken in by the beauty of Corbett. Thick vegetation in parts, open fields in others and an undulating landscape are the perfect spoils for a seasoned hunter.

At the wildlife reserve post, a blackboard listed the names of the guide and the tourists who had spotted a tiger! I was excited - would we be lucky enough to spot one, too? Over the next two-three odd hours, we drove around jungle trails supposedly close to areas where tigers had been spotted previously.

But the magnificent beast remained elusive and we returned, dejected.

A day later, I decided to go solo. I trekked to the temple of Garjia Devi, a local goddess whose temple is upriver, right in the middle of the Khasi, on a hillock.

It was a mere two km away, but as I trudged along it seemed further and further away. Walking up a winding road made it difficult. Locals smiled with amusement and suggested I take a rickshaw. Ah, the contempt for the city born and bred me.

But I made it. Along the river banks, locals and tourists played and swam. The path over a Bailey's Bridge cut through the forest towards the temple and ran overlooking the river - two smaller temples, one each for Shiva and Ganesh, were carved into the hillside.

Devotees lined all the way down to the beach for a darshan.
On my way back, I decided to take the longer route back.

Not a good idea, the climb was uphill for the most part and it was a bit of a challenge to keep out of the way of speeding trucks and tourist buses. In the cold of the winter chill, I was actually quite warm. The forest stretched for miles on each side, langurs lined the edges and fox and deer made an occasional appearance as I crossed yet another Bailey's Bridge. Finally, I made it to the main road that led back to the resort. Under the branches of a giant banyan tree, a young boy and his grandfather offered tourists adrakwalichaiand 2-minutes Maggi.

An old man sitting close by offered me a drag from his pipe; I smiled and shook my head. There, somewhere in Corbett, with a cutting cup of chai and a packet of Parle G, I had never felt more alone, and more happy.

While at Corbett, if you have an extra day, do make the effort to drive up to Nainital. It was a bright sunny day and just right for one of those day-long road trips.

As the road curved, tall conifers lined our way and every now and then there was a break in the mountains to the valley below. Beautiful and scary! I think Nainital disappointed me, a tad.

We were stuck in traffic as we made our way down to the large parking area. Lake Nainital, with its clear blue water and the houses that dotted its bank on one side looked as if it could have been anywhere in Europe.

Almost. Save the crowd. The local market was filled with tourists, peddlers sold their wares and in the middle of it all a local politician sounded the poll bugle. But I can't really complain. Thanks to my friend, I did get a chance to see Nainital.

For someone like me who has never been in the hills up North, Corbett will hopefully be the first of many such trips to come. And while the Bengal Tiger remained elusive till the very end, I dare say Rudolph the deer did make an appearance!