The Lover: A Film and Book Review 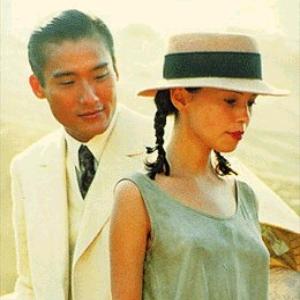 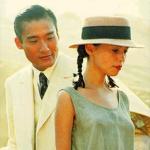 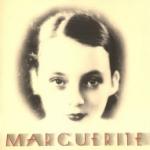 "Very early in my life it was too late. At eighteen it was already too late. I aged. This aging was brutal. It spread over my features, one by one. I saw this aging of my face with the same sort of interest I might have taken, for example, in the reading of a book. That new face, I kept it. It's kept the same contours, but it's like it is destroyed. I have a destroyed face."

Thus begins The Lover. And if ever a story leapt from the pages of a novel and onto the silver screen, this languid and sultry film adaptation of the best-selling book by Marguerite Duras does indeed. Set against the backdrop of French colonial Vietnam, with all the faith and fervor of its native text, The Lover reveals the intimacies and intricacies of a clandestine romance between a pubescent girl from a financially strapped French family and a much older and much wealthier Chinese man. Overlaid with softly indulgent narration by the nonpareil Jeanne Moreau, a provocative Jane March stars in the role of the young Marguerite, with Tony Leung as her refined but reticent paramour.

The year is 1929, and a nameless girl, whom we must presume to be the author in the bloom of her youth, is traveling by ferry across the Mekong Delta, on return from a holiday at her family home in the village of Sadec, to her boarding school in Saigon. Self-aware and oozing with nubile allure, this woman-child is at once both tenderly naïve and wise beyond her years. Most telling is the way in which she is dressed, and an evocative passage from the pages of the novel that describes it is brought to life by the microcosmic eye of cinematographer Robert Fraisse:

"I'm wearing a dress of real silk, but it's threadbare, almost transparent. It used to belong to my mother...It's a sleeveless dress with a very low neck. It's the sepia color real silk takes on with wear. It's a dress I remember. I think it suits me. I'm wearing a leather belt with it, perhaps a belt belonging to one of my brothers...This particular day I must be wearing the famous pair of gold lamé high heels. I can't see any others I could have been wearing, so I'm wearing them...Going to school in evening shoes decorated with diamanté flowers... These high heels are the first in my life, they're beautiful, they've eclipsed all the shoes that went before...

It's not the shoes, though, that make the girl look so strangely dressed. No, it's the fact that she's wearing a man's flat-brimmed hat, a brown fedora with a broad black ribbon...No woman, no girl wore a man's fedora in that colony then...What must have happened is: I try it on for fun, look at myself in the shop-keeper's glass, and see that there, beneath the man's hat, the thin awkward shape, the inadequacy of childhood has turned into something else. Has ceased to be a harsh, inescapable imposition of nature. Has become on the contrary, a provoking choice of nature, a choice of the mind... Suddenly I see myself as another, as another would be seen, outside myself, available to all, available to all eyes, in circulation for cities, journeys, desire."

The eyes of desire that fixate upon her are those of the son of a Chinese business magnate, a young man of infinite means and heir to a tidy fortune. Intuiting the opportunity that lay before her, the girl does not hesitate to accept a ride back to town in the back of his chauffeured limousine, wherein the affaire du coeur begins with an achingly subtle moment in which his pinky finger, ever so slightly and oh so gently, grazes the skin of her hand, resting on the seat next to him. Over time, however, as the two grow more intimately acquainted, nuance gives way to salacious and unmitigated obsession, as he unleashes his pent-up inhibitions and loses himself in the pleasures of this unaffected and unabashed young woman.

"The lover from Cholon is so accustomed to the adolescence of the white girl, he's lost. The pleasure he takes in her every evening has absorbed all his time, all his life. He scarcely speaks to her any more. Perhaps he thinks she won't understand any longer what he'd say about her, about the love he never knew before and of which he can't speak."

Throughout the film, Jeanne Moreau's melodic narration echoes perfectly the hypnotic singsong of Marguerite Duras, as each line of prose crochets itself onward with a thread from the one before it, eventually to reveal the implicit impossibilities of a happily-ever-after for the ill-fated lovers. Compelled by the circumstances of her upbringing, this girl, the daughter of a bankrupt, manic-depressive widow, is newly awakened to the impending and all-too-real task of making her way alone in the world. Thus, she measures her lover only by the depth of his pockets, while her spineless roué, a victim of his own brand of cultural and parental circumstances, impotently accedes to the dictum of his disapproving father.

"She doesn't know how long it was after the white girl left that he obeyed his father's orders, married as he was told to do the girl the families had chosen ten years ago, a girl dripping, like the rest, with gold, diamonds, jade."

Yet for her lover, there was never any question of the depth and sincerity of his love for the young French girl, then and always. "It was as before...he still loved her, he could never stop loving her... he'd love her unto death."

But it wasn't until much later, until it was too late, that the girl acknowledged to herself her true feelings.

"The burst of Chopin under a sky lit up with brilliancies...There wasn't a breath of wind and the music spread all over the dark boat, like a heavenly injunction whose import was unknown, like an order from God whose meaning was inscrutable...and afterwards, she wept because she thought of the man from Cholon and suddenly she wasn't sure she hadn't loved him with a love she hadn't seen because it had lost itself in the affair like water in sand and she rediscovered it only now, through this moment of music flung across the sea."

With the moodiness of film noir and tout d'élégance of a bygone era, director Jean-Jacques Arnaud and cinematographer Robert Fraisse paint with remarkable authenticity the succulent landscape of South Vietnam, with its imposing yet oddly congruous French colonial veneer; and the intimacy and pathos of The Lover is enhanced and integrated with the delicate redolence of a musical score by Gabriel Yared, punctuated by strains from Frédéric Chopin's Waltz in B-minor. The result: a seductive masterpiece of cinematic grace and beauty.

In both the novel and in real life, the jilted and lovelorn Marguerite Duras traveled by steamship to France, where she studied law and political science at the Sorbonne. Upon her graduation in 1935, she worked as a secreraty at the Ministry of Colonies until 1941, and shortly thereafter, published her first book, Les Impudents, in 1942. Duras served as a member of French Resistance during World War II, in which she lays claim to the rescue of French President François Mitterand during his days as resistance fighter. After the war, Duras worked as a journalist for several magazines, including the Observateur. She later joined the Communist Party, but was expelled for condemning its policies and lobbying for revisionism in 1950.

Around that same time, she wrote and published three more novels: Un Barrage Contre Le Pasifique, depicting the struggles of a poor French family in Indochina, Le Marin De Gibraltar, a cerebral romantic work, and Le Square, an abstract literary work for which she was indoctrinated into the New Novel Group.

Marguerite Duras went on to write 30 more novels, and from there, it was a short leap into the world of film. With a lifetime total of 38 credits to her name, Duras wrote numerous screenplays, directed more than a dozen films, appeared in ten, and adapted several of her novels for the cinema. Hiroshima Mon Amour, the story of a wartime love affair between a French actress and a Japanese architect, received an Academy Award nomination, and in 1975, Duras won France's highest cinematic honor, the Cinema Academy Grand Prix for her film India Song.

And although The Lover chronicles some of the earliest days of her youth, the book was written over the course of four short months in 1984, when Marguerite Duras was nearly seventy years old. Nevertheless, this autobiographical recollection won her France's most prestigious literary prize, the Prix Goncourt, and sold more 1.5 million copies.

Plagued by alcoholism and chronic health problems, Marguerite Duras lived out the remaining years of her life in Paris in the company of Yann Andréa Steiner, a writer and actor 38 years her junior, until her death from cancer on November 3, 1996. Throughout their tempestuous 16-year relationship, Steiner wrote two books about the life of Marguerite Duras, M.D. and Cet Amour Lá, which was adapted for the cinema in 2001, with Jeanne Moreau once again in the role of the aging writer.

Marguerite Duras holds a place of accomplishment and prestige that few have achieved in the realm of both literature and film. Yet, in a passage from The Lover, Duras confesses, "What I wanted more than anything else in the world was to write, nothing else but that, nothing..."

The Lover is available in both VHS and DVD format, and the paperback English translation is still in print.