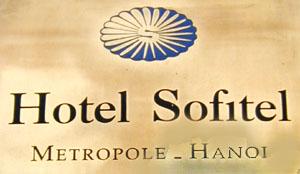 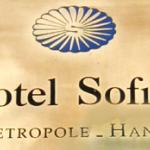 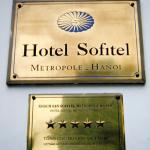 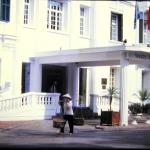 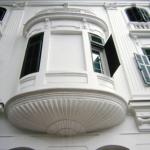 Queen Noor of Jordan, former U.N. Secretary General Boutros Boutros Ghali and Don Johnson of Miami Vice fame all have something in common. For one thing, they have all visited Vietnam. For another, all three have stayed at the five-star Sofitel Metropole Hanoi, a venerable old colonial hotel that first opened in 1901.

The Metropole's extensive guest list-some would say rogues' gallery-includes the likes of Charlie Chaplin, Noel Coward, Catherine Deneuve, Jane Fonda and John Denver. Dozens of royals, presidents and prime ministers from around the world have also checked into the hotel, including the elder George Bush. From a local perspective, however, the most important head of state to ever enjoy the hospitality of the Metropole was unquestionably Ho Chi Minh, father of the nation.

Uncle Ho died in 1969, but if he rose from his mausoleum today and ghosted back to the Metropole for a more comfortable resting place, he would no doubt still find the hotel quite familiar. After all, though the hotel's fortunes have certainly ebbed and flowed over the years, it has nonetheless remained true to itself through ten decades, five name changes and three wars.

In colonial times the Metropole became known as the finest hotel in French Indochina, the region of Southeast Asia that includes present-day Cambodia, Laos and Vietnam. The reputation of the Metropole spread beyond the boundaries of Indochina, however, for many reckoned that the hotel rivaled such famous British colonial lodgings as Raffles in Singapore and the E&O in Penang-a distinction it retains to the present day.

During the Second World War, Japanese officers used the Metropole as an upscale barracks. The hotel-like Hanoi itself-returned to French management at the end of the conflict. A decade later the newly formed communist government of North Vietnam took possession of the hotel after the defeat of French colonial forces in 1954. It is perhaps a measure of the reverence and respect accorded to the Metropole that the revolutionary government left the hotel largely as it was and used it as an official guesthouse for visiting VIPs. Only the name changed. Indeed, the government changed so many names after the French defeat that maps of Hanoi became completely useless. In the case of the Metropole, the hotel morphed into the Thong Nhat (Reunification Hotel) on the newly renamed Ngo Quyen Street, formerly Henri Riviere Street.

The darkest days for the Metropole fell during what the Vietnamese call the American War (1965-75). Like the rest of Hanoi, the hotel suffered the privations of the war years as the nation's resources poured down the Ho Chi Minh Trail and into the meat grinders of Khe Sanh, A Shau and Cu Chi. The resultant lack of maintenance and paying guests caused the Metropole to fall into disrepair. As guests became increasingly scarce in the hotel's rooms, rats became ever more common. Gastronomic standards plummeted as well, though the hotel chefs still offered the modest roster of guests-foreign journalists, peace activists and diplomats-far better fare than what the average Hanoian subsisted on.

In all other respects the hotel staff and guests shared Hanoi's suffering. The Metropole stood less than two miles from the Long Bien Bridge, which the U.S. military became obsessed with destroying. During repeated bombing raids against the bridge and other strategic targets across the city, American aircraft consistently hit civilian areas with errant bombs. Consequently the hotel had to build its own air-raid shelter for its guests and staff, who spent more than one night huddled underground as the bombs fell close enough to shake the entire bunker.

In an ironic twist, Arizona senator and Republican presidential candidate John S. McCain stayed at the Metropole during his highly publicized post-war trip to Vietnam. This hardly marked his first visit to the country, however, since as a U.S. Navy pilot McCain had flown bombing missions over Hanoi until an antiaircraft missile blew him out of the sky in 1967. He spent the next five years as a prisoner of war, where he received treatment just as brutal as his own 23-mission bombing of North Vietnam. In returning to Hanoi as a VIP in the 1990s, McCain had certainly come a long way-from foul prison cell to one of the most prestigious hotel suites in the entire country.

In the 1980s Vietnam began pursuing liberal economic policies-a program known as doi moi-and as a result the long-neglected Metropole got a new lease on life. This came in the form of a partnership between the government-which still owned the building-and the French Accor Group, which agreed to restore and run the hotel. In 1992 a revamped Metropole opened its doors for business. The rats were long gone, though guests occasionally looked up to see a bat flitting along the ceiling and down a hallway with all the confidence of a moneyed guest.

In addition to its colonial-era elegance, the hotel offers all the standard amenities of a world-class hotel, from air-conditioning to hair-conditioner. A discreet new wing behind the original building increased the total number of rooms to 244 and added a health club, swimming pool, business center and sports bar named the Met Pub. The Metropole remains popular with local expatriates and wealthy Hanoians, who do everything except sleep in the hotel. A steady stream of them visit the centrally located Metropole to eat fine French cuisine at Le Beaulieu Restaurant, quaff mugs of Carlsberg at the Met Pub, and work off the resultant extra pounds on the high-tech machines of the health club.

As the only colonial hotel in Hanoi the Metropole stands in a class of its own. The century-old Metropole and the city's brand-new luxury hotels come from different eras and offer different things-an age-refined sophistication versus a glitzy contemporary brashness, an antique aura versus ultramodern efficiency, and a nostalgic dose of the past versus a head-spinning view of the future. Guests can decide for themselves which hotel experience they prefer, but judging from the long-standing popularity of the Metropole, many prefer its turn of the century elegance and historic ambience.

Indeed, it is this very mix of history and high quality-not to mention a well-regarded bar-that has attracted a slew of famous writers to the Metropole. William Somerset Maugham, Marguerite Duras and Bertrand Russell all put pen to paper there. Graham Greene wrote portions of The Quiet American while staying at the Metropole. In an interesting historical twist, the actor Michael Caine recently lodged at the hotel while filming a movie adapted from Greene's novel. Ironically, however, both the movie and the book are set in Saigon.

Today's guest can enjoy a stay at the Metropole that mirrors the experiences of Greene and Maugham. He or she rises in the morning and pads across the polished wooden floors of a high-ceilinged room. Perhaps he wonders if he is tracing the footsteps of Charlie Chaplin or Jane Fonda. When the guest reaches the window he throws the shutters open to a glorious Hanoi morning. The colonial-era architecture of the buildings lining Ngo Quyen Street, the women peddling past with traditional non hats on their heads, and the street vendors carrying fruit on shoulder poles lend the whole scene a pleasant time-warp quality. Only a truly confused guest would believe he was looking at the Hanoi of a hundred years ago-the Land Cruisers parked in the forecourt of the building across the street see to that-but nonetheless he likely senses the ghostly imprint of that bygone era when France ruled Hanoi.

Though now the capital of a nominally communist Vietnam rather than the hub of colonial Indochina, Hanoi still retains an enduring, if largely superficial, French veneer. Certainly the French legacy lives on in the fresh-baked baguettes stacked like piles of kindling each morning, in the old men in black berets who speak en francais, and in the Eiffel-shaped telecommunications towers. It even lives on in the bullet holes spangling the ornate opera house walls, left as a memorial to the Viet Minh revolutionaries who died fighting the French to a standstill. The Metropole itself is just one of many French colonial buildings in Hanoi-old villas, baroque-style public edifices, stone cathedrals-that have been restored to serve a newly confident and independent Vietnam even while harkening back to a Francophile past.

Whether they once ran the United Nations or starred in Miami Vice, guests at the Metropole invariably find themselves journeying back in time. After all, the Metropole is a central exhibit in a city that often seems to be Southeast Asia's premiere living history museum. The century-old Metropole complements Hanoi's historic character, and this more than anything else may explain why it is so enduringly well-liked by guests from around the world. Doubtless its impressive guest list will continue to grow.