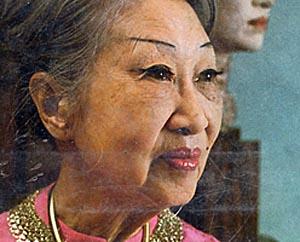 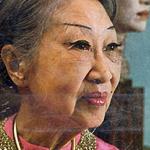 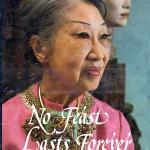 From the book jacket:

"There is an old Chinese proverb, 'One cannot carry one's own sedan chair.' In other words, never brag about yourself. In my China a man of wealth, talking to his equal, called himself 'your unworthy one.' My father, the richest and most powerful man in Southeast Asia, referred to himself among his peers as 'the worthless one,' while they in turn addressed me, a little girl, as 'the thousand pieces of gold.'"

This then, is the strange, captivating story of Hui-lan Koo, born in Java, the daughter of Overseas Chinese Oei Tiong-ham, sugar king, one of the richest men in the world. She and an older sister were the only children born to his wife, although her father had 18 concubines and fathered a total of 42 acknowledged children, When she was little more than a baby, her mother hung an 80-karat diamond around her neck. Without formal schooling, she grew up in a cosmopolitan atmosphere speaking six languages.

In this journey into an exotic time of glamour and adventure, Madame Koo bluntly discusses the political and social figures she knew during the time Wellington Koo was a top government official in China and then Chinese Ambassador to France, Great Britain, the United Nations, and the United States: Chiang Kai-shek and Madame Chiang, Winston and Randolph Churchill, Anthony Eden, Queen Mary (whom she loved), Daisy Fellows, Edda Ciano, Clare Boothe Luce, and many others. She spares no punches ("all Chinese men are oversexed") and speaks her mind uncompromisingly. Although she and Wellington Koo have been separated for almost 20 years, and he calls another woman his wife, Hui-lan insists, "I am Madame Wellington Koo, head of the famiy."

Once "the most beautiful and bejeweled woman in the world," she is now a great-grandmother, but her memories are as sharp as her tongue. Her jewels and furs are stored in vaults in London and New York. Her collection of jade, once exhibited at the Smithsonian Institute in Washington, includes what is probably the finest piece in the world, smuggled out of Peking by the last emperor when he fled, valued at a million dollars.

Throughout the book, she discusses mysticism, which has played an abiding role in her life, with tales about faith healers, ghosts, blind finders, "fox ghosts" and haunted palaces.