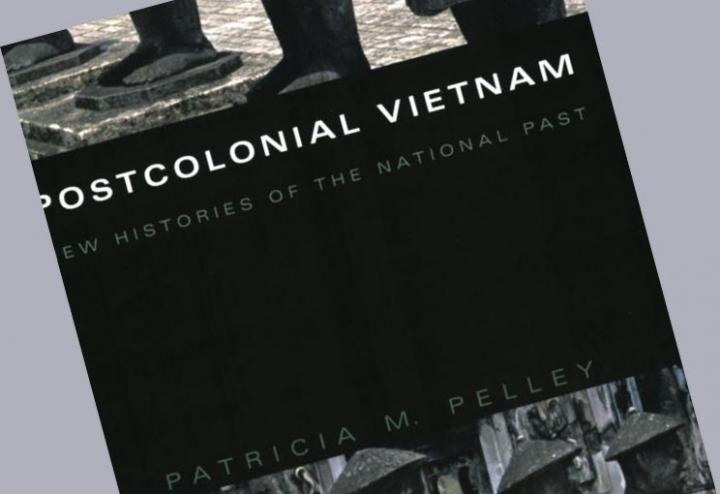 Postcolonial Vietnam: New Histories of the National Past. By Patricia M. Pelley. 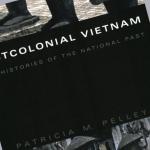 Postcolonial Vietnam: New Histories of the National Past

In December 1999 the Chinese government regained control of Macau from the Portuguese, who had administered the tiny territory on the South China Sea as a colonial possession for nearly five centuries.  The return of the last European colony in Asia to local rule was a peaceful affair punctuated with fireworks and flowery speeches.  However, for many Asian territories controlled by European powers, the process of decolonization was both traumatic and destructive.  Nowhere was this more true than in French-ruled Vietnam.

Vietnam experienced wrenching social and political change during its rapid evolution from colonial possession to developing nation.  Patricia M. Pelley’s new book examines how government-appointed historians in Hanoi began reshaping the history of postcolonial Vietnam in the 1950s.  This 30-year process of historical revision was designed to further the aims of the communist state, which was struggling to attain exclusive political power in a Vietnam divided not merely into two warring countries, but by numerous complex internal divisions as well.

As Pelley explains, pro-government historians were tasked with making “the revolution stick” through commemorative events and the extensive use of political indoctrination at the street level -- i.e., national flags, boulevards named for historic heroes, and political billboards of the sort that can still be seen posted on the streets of Hanoi today.  These historians also created textbooks and public-school curriculums to advance their reshaping of a national history that had been profoundly distorted by French historians.

The French, in fact, had twisted Vietnamese history to suit the aims of their colonial empire in Indochina.  French historians as well as their pro-French Vietnamese colleagues presented the French colonization as advantageous to Vietnam because it civilized a primitive Asian people with French culture specifically and European culture more generally.  Five years of Japanese military rule during World War II further distorted Vietnamese national history.  After Ho Chi Minh’s declaration of independence in 1945 and the resultant defeat of French colonial forces at Dien Bien Phu, the nation had no choice but to reconstruct its national identity and history.

Pelley conducted extensive research on this reconstruction of national history.  While in Vietnam she examined government directives, census reports, statistics, poetry, civic festivities, ethnographies and museum displays.  However, Pelley relied most heavily on the work of historians affiliated with the Research Committee and the Institute of History in Hanoi.  As Pelley herself claims, these official historical texts are often “simply wrong” or “grossly misleading.”  She also describes these texts as “tendentious and combative” and designed to “skew evidence to satisfy their particular needs.”  However, Pelley’s concern is not the degree of truth contained in the work of government historians.  Instead she is concerned with the motives and methods of these historians as well as their degree of success in fashioning a new history for a new nation.

Pelley judges the government effort to rebuild history as a success.  As an example of this success, she considers how the August Revolution of 1945 is now accepted both in Vietnam and around the world as a defining moment that marked the switch from a colonial regime reviled by all Vietnamese to a communist government cheered on by all citizens of Vietnam.  In fact, Pelley points out, this widely accepted view of the August Revolution shows how thoroughly the government has revised history to suit its own ends.  In reality, Ho Chi Minh’s declaration of independence in 1945 occurred at a moment of great political confusion in Vietnam -- it was not clear who would rule a post-colonial nation and under what ideology.  The people were not united in their support of Ho Chi Minh and his communist followers; there was not a monolithic communist movement supported by all levels of Vietnamese society, which was internally divided and fractious.  Pro-government historians, however, presented the August Revolution as a spontaneous uprising supported by all Vietnamese.  Over time, this became the accepted view.

Unlike many texts published by university presses, Pelley’s book is clearly written at the sentence level.  That said, Postcolonial Vietnam does not make for light reading.  This book is a scholarly undertaking vetted by leading academics in the field of Southeast Asian history, which is why it is backed by extensive documentation that includes 38 pages of endnotes and a 28-page bibliography.  Pelley is an expert on modern Vietnamese history and politics, so those readers unversed in modern Vietnamese history may find her chapters to be slow going.  Those familiar with Vietnam, however, will find that this book offers a fascinating examination of the Hanoi government’s successful attempt to consolidate political control in a newly born nation that was politically fractious.  This political control certainly had a great deal to do with the willingness of the communist regime to brutally repress those who challenged its grip on power.  However, as Pelley so skillfully proves, this control also had much to do with the fact that government historians literally made history.