The Pull of the Rails 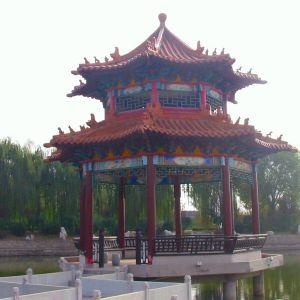 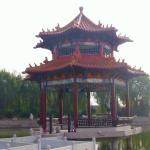 The driving click-clack of wheel-on-rail becomes a dull thrum at 120 kilometers per hour. China's rust belt purred by in the darkness, and I was still many clicks away from Beijing. I should have been home hours ago, but flexibility is a good philosophy for those traveling by train - especially during the rainy season, when the sky can open up and dump 60 millimeters of water overnight on any number of spots in between Kowloon and Beijing, two thousand kilometers away.

All things considered, the Hong Ham railway station was not a bad place to sit and watch as the departure time was pushed forward from three to six, and then from six to eight. China Railways was good enough to provide a free meal coupon, which I swapped for a bowl of fatty duck meat swimming in a bowl of greasy noodles at Maxim's, followed by a slice of cake around seven, as we graduated from the outer "indefinite" waiting area to the inner "leaving any time now" platform.

I had prepared for the journey by stocking up on provisions: canned herring, crab pate, smoked oysters, and crackers - plenty of crackers. As it turned out, though, I didn't need these things, and on-board cuisine turned out to be similar to the mediocre Chinese joints found in strip-malls across North America. In addition, there was sufficient fresh fruit and hot meals supplied by hawkers on station platforms to have provided enough sustenance for the 28-hour trip.

We finally boarded the train sometime before eight, and by 8:30 the train was gathering the velocity required to break free of Hong Kong. Around 9:30, we got to Dongguan, the armpit of southern China, land of ten thousand factories and one luxury hotel worth mentioning (the Silverland).

Dongguan was also where our customs formalities were to take place - which turned out to be a casual wave from an official - and then we were on our way, cutting north-by-northwest through the murky blackness of Guangdong, the clickety-clack lulling me into an earlier than usual sleep.

Our train moved slowly through the night as it passed through areas heavily damaged by flooding, and we were pushed even further behind schedule. At nine AM, we were at Changsha, just east of Dongting lake, whose rising waters were much to blame for our delay. The lake would rise even further in the days to come, bringing havoc and more delayed trains before finally receding. Still in Hunan province and less than 1/3 of the way to Beijing, our ETA was somewhere between midnight and dawn the next day. I spent the rest of the day eating sunflower seeds and watching the scenery pass by with the three people sharing my soft-sleeper cabin, a mother and daughter from Zhangzhou, whose business involved the export of sheepskin clothing, and a slightly mad Englishman heading to Shaolin for some spiritual enlightenment.

China's railways have seen more than their share of history. The main mode of transportation to millions during the Cultural Revolution - first to bring them to Beijing to hear the words of Chairman Mao, and then to take them into the countryside. Unlike the U.S.'s crumbling railway system Amtrak, disregarded in favor of the powerful road and airline lobbies, China still treats its railways with honor, still acknowledges its nonstop toil in the continuing strive for greatness. The Kowloon-Beijing line is of particular symbolic value, binding two of China's main jewels. Historical significance aside, the beauty of the countryside made the long trip worth the trouble, the train passing through mile after mile of rice paddy dotted with small towns, clusters of red brick buildings, small factories, and traditional Chinese buildings.

In contrast to the Kowloon - Shanghai route, which passes through the more prosperous eastern provinces, the train to Beijing gives the rider a window into life in the poorer inland regions. This is country that has remained basically unchanged throughout the generations, where people are tied to the land and to the fickle fortunes of mother earth. However, I glimpsed some odd sites out of the window: In rural Hubei, I saw a traditional Qing Dynasty home with a satellite dish in its courtyard; On the side of a crumbling hutong wall in southern Henen, I spotted a larger-than-life picture of a strange figure clad in red tights. It seemed strangely out of place, and only after we passed did the figures identity register...it was Spiderman. Whatever the future has in store here, there are some signs of optimism in the hinterlands.

A few hours after dusk, the train reached Zhangzhou. The mother-daughter sheepskin team departed, taking my English friend for a late supper before his bus connection to Shaolin. After some hasty farewells, I had the cabin to myself. I headed over to the dining car hoping to find someone to talk to, only to find the wait staff busily folding everything foldable and removing anything removable.

"Xiuxi! (Break time!)," one of the porters barked as she shooed me away. It was only nine o'clock. I retired to my cabin for the rest of the trip. Roomy enough with four people, it was positively luxurious now that I had it to myself. I had nothing left to eat or read, and at least seven hours of China's rust belt to pass through before my destination would finally be reached. Nonetheless, I was feeling good - great, in fact. The flooded plains of southern China were behind me, and I could already smell the dryness of the dust of Beijing looming just over the horizon.