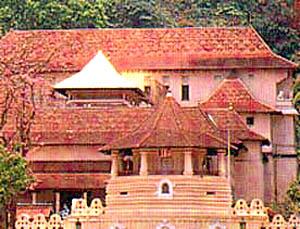 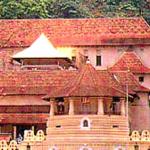 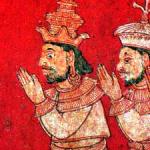 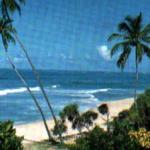 From the warm tropical beaches, fringed with coconut palms and lovely bays, most of remains an undiscovered gem in the middle of . Due to years of fighting fueled by Tamils demanding independence in the north and north-eastern part of the island, many travelers have avoided coming to this tiny country. More often than not, makes the headlines for all the wrong reasons: terror attacks, bombings and continuous fighting.

But the new series of talks between the government and separatist Liberation Tigers of Tamil Eelam (LTTE) is an indication that peace is on the way. At the moment, autonomy rule in the Tamil-majority states seem to be on the cards. Meanwhile, the civil war that lasted almost ten years have somewhat ended. Tourists can safely around one of the most undeveloped tropical islands in : enjoying the many historical sites and ecology on the island.

On these journeys, you can see palm-fringed beaches, a wealth of wildlife, exotic flora, plains and highlands, lakes and waterfalls. These are true beauties of - a calm and serene countryside matched by an enticingly simple way of life.

Recorded history in began when Buddhism gave birth to a cultural revolution more than 2500 years ago. And in the wake of this cultural revolution came an unsurpassed achievement. It fashioned life-styles, fostered the arts and inspired the creation of dagabas, temples, monasteries, statues, vast man-made reservoirs and irrigation systems which even today defy engineering interpretation.

In the 3rd century BC, King Devanampiyatissa established the world's first fauna and flora sanctuary at Mihintale, only eight miles from the ancient city of Anuradhapura. Well over 2000 years later it is still here for everyone to enjoy. This Sinhala rain-forest is an example of one of the few remaining forest in . Due to years of fighting, the country has yet to "open" many of its forests in the name of development. It is also a primeval sanctuary for over 170 varieties of exotic orchids.

During colonial times, it was controlled by the Portuguese, then the Dutch and finally the English. Because of this, although most Sri Lankans look and speak like their Indian counterparts, they are actually very different culturally.

Today, terraced paddy fields curve away to distant jungles. In the tropical jungles, ebony, teak and silk wood are in abundance. There are plenty of elephants, leopards, monkeys, cobras and crocodiles. In winter, migrating birds like flamingoes flock its lagoons.

But, to many travelers flocking to today, it is the safari-styled national parks like Yala and Inginivagala that hold the greatest appeal. The , located at the south east corner of the island in wild, tangled country where jungle meets the sea is 's premier wildlife reserve. From the safety of a park bungalow or a covered jeep, visitors can watch leopard, elephant, monkey, deer, boar and bear roam free in these reserves. Besides the jungle-styled animals, Yala enjoys the added bonus of a scenic ocean frontage. Water holes, small lakes, lagoons and streams provide water for the animals and birds. These important sources of water are the best area to spot animals at dawn or dusk.

(two hours by road from ), the last capital of the Sinhala kings, is a charming hill capital that can be considered the main tourist area in today. The capital of the medieval Kandayan Empire in the 16th century, fell into the hands of the British in 1815, after capturing the last Kandayan King, Sri Vikrama. Nestled in the midst of hills and looped by Mahaweli, the longest river in , remains the home to more modern culture. Its greatest charm lies in the aura of age and splendor and the very tangible Oriental peace that surrounds the entire place.

Among Sri Lankans, is considered a : with shrines of Buddhists, Hindus, Christians and Muslims located all around. Dominating is the Dalada Maligawa --the temple of the Sacred Tooth Relic, with the in the foreground. Close by are the Malwatta and , the later is where the gigantic statue of a Recumbent Buddha is found. The is also the official temple of the Kandayan Royal Family, for this is where they are cremated. These temples, and several more along the

Kadugannawa-Peradeniya Road
give visitors an insight into some of the finest late-medieval treasures of the country. Also within easy reach you find the and the picturesque university campus. At any time of the year, is a romantic city but in August, the ancient capital becomes the venue for one of the most legendary festivals in .

As the moon pales the hill side plantations, becomes the setting for the festival of Esala Perahera in July or August every year. For ten days the old cannon booms into the dusk to signal the start of the Perahera. Flaming torches blaze a trail for the glittering procession. Trumpets, conches, oboes and drums beat out a ritual rhythm for the dancers. Rank upon rank of elephants precedes the lofted Sacred Casket as, late into the night, the holiest of festivals is transformed into an unforgettable spectacle.

The Pinnawela Elephant Orphanage close to has the distinction of being the first elephant orphanage in the world where natural breeding has taken place in captivity. It is the home for many orphaned elephants and off springs born there.

Another 72 kilometer from will bring you to Nuwara Eliya, which is where the homesick-British succeeded in creating a nostalgic reminder of the English Countryside by building Georgian and Queen Anne-styled homes. The favorite hill resort among the British, Nuwara Eliya still retains the old colonial charm, with a blend of Tudor and Georgian architecture, well-kept lawns with hedges and a well-tended Anglican church.

Nearby is 's highest and most isolated plateau, a special attraction for adventure lovers. This remote plateau is the island's last remaining montane forest -- the home of some fauna and flora species found no where else in the world. Kumana and Wirawila are just two of 's magnificent bird sanctuaries. Stilts, Barbets, Flycatchers, Ibis, Pelicans, Parrots, Peacocks, Parakeets, Devil Birds, Hawks, Jungle Fowl and Stork abound in these sanctuaries. The main path in Horton Plains will bring you to a sheer drop of 1050 points, an area which some writers have described fancifully as "World's End".

offers you endless miles of perfect golden sand fringed by swaying coconut palms. Favored resorts among European tourists, which make up two-third of foreign travelers to Sri Lanka, are Negombo, Mount Lavinia, Beruwela, Bentota and Hikkaduwa (on the west and south coasts) plus Trincomalee and Nilaveli (east) are everyone's idea of a tropical paradise with temperatures around 29 degrees Celsius, virtually all year round. For those who prefer more adventure than merely lazing on the beach, there is water skiing, sailing, surfing, scuba diving and deep-sea fishing to choose from. The Coral Gardens of Hikkaduwa and the Grat and Little Basses on the south coast, plus Trincomalee and Pigeon Island on the east coast are a few of Sri Lanka's several spots for the underwater fanatic. Slide into their crystal clear waters and discover a brilliant tropical rainbow, spectacular submarine scenery shipwrecks add shoals of brightly colored fish basking in their coral sanctuaries.

Marco Polo claimed to have seen the finest ever ruby in this land. King Solomon is said to have presented Queen of Sheba the best of gems from . For the fashionable who appreciate the fine gems mined in , Ratnapura, the , is an attraction by itself. Cat's Eyes, sapphires, alexandrite and semi precious stones like spinel, zircon, topaz, tourmaline, garnet, moonstones and amethyst are some of those that made Ratnapura and Sri Lanka famous for gems over the centuries. It is truly the centre of the gem industry in . Visits to the gem mines can be arranged through reputed travel agents (accredited by the Ceylon Tourist Board, please contact the Tourist Board before embarking on any tours, as gem frauds are on the rise). Gem collections can also be seen at the national and other private museums.

The commercial centre in , , is unique in that it retains the old charm in spite of the new high rises that have come up recently. Walking among its commercial establishments, the discerning visitor can discover remnants of that colonial past particularly in the Fort and Pettah area.

A holiday in this paradise island is not only exciting and fascinating but also cheap and value for money. Hotel accommodation is found in all cities and places of tourist interest at very competitive rates and travel within the country is fast, easy and cheap. The colonial heritage is another plus point: most Sri Lankans speak fluent English, so getting around is no hassle at all.