Beyond the Sorrow of War 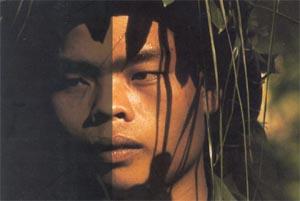 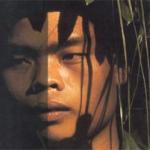 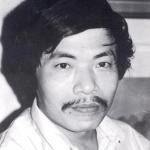 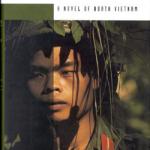 A man volunteers to fight a war ostensibly to defend his country against foreign invasion. He abandons his lover and spends years plodding through the jungle where everything dies. "No jungle grew again in this clearing. No grass. No plants." No friends. At last he no longer fears death. When the war ends, he returns home to find that his struggle has been thankless. "No drums, no music." His lover abandons him in turn. He hits the sauce, resigns himself to solitude, dreams bad dreams. Slowly, he goes insane.

This is The Sorrow of War.

This man could very well be an American veteran of the Vietnam War, but he is not. He is Vietnamese. Past reviewers of Bao Ninh's superb novel had difficulty understanding the similarity. A critic from the Philadelphia Inquirer wrote that the novel "make[s] North Vietnamese soldiers human" - it "finally put[s] an acceptable human face on a group of people long without one." Translation: we never really considered these people to be human until Bao Ninh, Vietnamese and presumably human, told us so.

The Sunday Times (London): The novel "manages to humanize completely a people who until now have usually been cast as robotic fanatics." Cast by whom? Not by the Vietnamese, but by an army of unwitting propagandists. There is nothing more dispiriting than our willingness to dehumanize each other. If it pleases the court, may I suggest that a "robotic" human being is an oxymoron? And that a "fanatic" is defined not by what he believes, but by how strongly he believes?

The Sorrow of War has been placed among the top ten Southeast Asian novels. It "vaults over all the American fiction that came out of the Vietnam War," says one critic, boldly. It has been called Pulitzer-worthy, and has been compared by numerous robots to All Quiet on the Western Front, which also represented war from the "enemy" side. Critics sometimes have a predilection toward mindless consensus, especially when offering praise. But the high praise of the book is deserved.

Some events and images are so powerful that they elicit only the most stilted and ridiculous of comments. When the World Trade Center towers were destroyed, countless young Americans said dreamily, "It was like a movie." Their experience of war, the war that so many people in the world take for granted, was so limited as to be nonexistent, or at best fantastical. There is nothing fantastical in these passages from Bao Ninh's novel:

"They turned to see a huge helmeted soldier tripping over the [dead] girl's body and dropping a crate of Saigon 33 beer."

"A rain of arms and legs dropp[ed] before him into the grass by the Sy Thay River during a night raid by B-52s."

"'Better to die than surrender, my brothers! Better to die!' the battalion commander yelled insanely; waving his pistol in front of Kien he blew his own brains out through his ear."

"'Potholes are bearable,' [a driver] would say, 'but to ride on something squishy and soft, supple and pulpy, that used to make me vomit.... I used to run over the bodies."

"Like a movie"? Not hardly, not any movie I've seen. All movies are but sanitized reflections, and even to the most septic we are already immune. Words are worth a thousand pictures. "Fiction" is worth a thousand facts. You read this book in one sitting. To do otherwise would be almost inhuman: it is relentless as a carpet-bombing, a fictional juggernaut. You follow the soldier Kien from his poignant love of Phuong into the gory battlefields, where his comrades are slain. You accompany the "war hero" back to an arid life prolonged by drug abuse, long nocturnal walks, and writing. War, and war alone, has caused him to become sub-human, half-dead: "One felt no fear, no enthusiasm, no joy, no sadness, no feeling for anything. No concerns and no hopes.... It was all the same. It amounted to nothing."

You read the book's last words, at once ironic, angry, nostalgic, and hopeful, describing the antebellum days: "Those were the days when all of us were young, very pure, and very sincere." You recall the description of JFK and his advisors -- "the best and the brightest" - the men first responsible for escalating - purely, sincerely -- American involvement in Vietnam. Purity is a disease.

At last you set the book down. What is to be learned? Again and again, the sorrow of war. Bao Ninh's account is unique, but why? A peasant nation overcomes a superpower. Technology is key. A bomb (or 2, or 3, or 10000) instantly transforms a young lover into an exhausted killer, a "robotic fanatic." There was no napalm on the Western Front. There was napalm in the Jungle of Screaming Souls.

Kien cannot resort to pacifism. His country has been invaded over and over again. "If war came, they would fight, and fight courageously. But that didn't mean they loved fighting." Only the leaders loved fighting. No, they loved making others fight.

In his 1946 essay "Notes on Nationalism," George Orwell suggested that a pacifist cannot accept, even subconsciously, that "those who 'abjure' violence [i.e. pacifists] can only do so because others are committing violence on their behalf." True. But Orwell fails to mention that the same is true of so-called "armchair warriors" - politicians, columnists, and intellectuals who encourage violence but only do so because others will commit the violence in their stead. Both are hypocrites. What is the alternative? A novel and not a treatise, The Sorrow of War does not answer. It only asks us to recognize a truth even of so-called "just" wars: "Justice may have won, but cruelty, death, and inhuman violence have also won." But a distrust of nationalism suffuses the novel, and this is partially why the novel was so controversial in Vietnam. Orwell's definition of "nationalism" bears repeating:

"By 'nationalism' I mean first of all the habit of assuming that human beings can be classified like insects and that whole blocks of millions or tens of millions of people can be labeled 'good' or 'bad'" - or 'evil.' Orwell continues: "Secondly... I mean the habit of identifying oneself with a single nation or other unit...."

The difference between war and episodic violence is precisely that war is inconceivable without Orwell's nationalism. Books like Sorrow and All Quiet are provocative, and are absolutely necessary to counter wartime propaganda of "surgical strikes" and the like, but they are symptoms, not cures. All the bombs in the world would suddenly be rendered useless and even ludicrous if the languages of the world contained no "us" or "them." "But this," concludes Orwell, "needs a moral effort" and, not surprisingly, "few of us are prepared to make it."

>From sorrow, action may be born.

Review of Bao Ninh's The Sorrow of War, Riverhead Books, 1996.