Book Review: The House on Dream Street by Dana Sachs 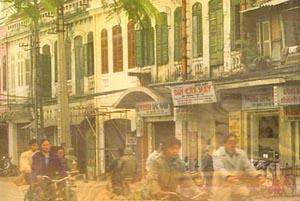 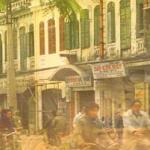 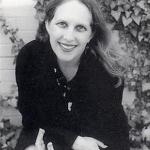 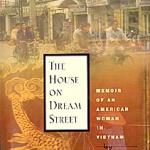 "A frog that sits at the bottom of a well thinks that the whole sky is only as big as the lid of a pot." --Vietnamese Proverb

When asked what's so alluring about Vietnam, nearly every traveler who has ever been there will say, "It's the people," a phenomenon resoundingly demonstrated by author Dana Sachs in her memoirs, The House on Dream Street. In this autobiographical account, Sachs chronicles her first four visits to Vietnam, each for a different purpose.

In 1989, the year that Vietnam first opened its borders to American tourists, Sachs was on a backpacking trip throughout Asia when, on a whim, she headed for Saigon in hopes of finding one small corner of the world that hadn't yet been defiled by tourism. Little did she know how deeply that impulse would shape the rest of her life.

The House on Dream Street commences three years later, with Sachs' return to Vietnam, this time to live in Hanoi. "My desire to live in Vietnam was so absolute," she says, "that I could not imagine any other way to spend the next great chunk of my life." But of all the places in Vietnam, one might ask, why Hanoi? The reason, it seems, is that a woman whose character in the story is named Nguyen Thi Tra, was the only living soul Sachs knew in Vietnam, and had offered to serve as her mentor and umbilical cord until she could get herself settled.

In a voice that feels less like an autobiography and more like a tête-à-tête, Sachs weaves her tale like a fine silk brocade, with the fabric of Hanoi in the background, overlaid with the intricate patterns of everyday life and the comings and goings of the people around her; the whole of which is delicately embroidered with her detailed observations and keen philosophical asides. The story flows seamlessly through time and deftly through Sachs' stream of consciousness, never wandering from its path or wavering in its pace, as it builds steadily toward its heartfelt conclusion.

Along the way, Sachs invites us into the intimate world of her home away from home and, as if the reader were just another member of her surrogate family, she shares every minutia of their personal lives. By story's end, we're on a first-name basis with Tung, the affable and ambitious proprietor of the foreigners' guesthouse where she rents a room; his enigmatic wife Huong; their impish son Viet; Phai, the erstwhile handyman-turned-lover; a steady parade of friends, relatives, tenants, and the cast of colorful characters who inhabit the bustling city block that Sachs endearingly refers to as Dream Street.

Sachs grapples throughout with the predictable alienation that all foreigners feel when trying to assimilate themselves into an unfamiliar culture, but doubly so in Vietnam, which is still haunted by the specter of The War. Of this, she says:

"Realistically, I knew no bombs would drop during that visit, but my imagination couldn't get past television images of my childhood: screaming women in black pajamas, military jeeps roving city streets, and bomb-shocked children begging for food. Instead, I was confronted by a world in the midst of regenerating itself. I saw lush vegetation growing out of the broken carcasses of airplanes, and I met passionate, stubborn, intensely engaging people who, far from being beaten down by their past, focused limitless energy on constructing for themselves a less troubled future."

Nevertheless, Sachs spends the entirety of her first sojourn in Vietnam single-handedly trying to apologize to its people for all the wrongs visited upon their nation by her own. But upon her second return, she remarks:

"I loved being in Vietnam as much as I ever had, but my relationship with the country wasn't delicate in the way it once had been. I wasn't worried that if I spent the day with another foreigner I'd somehow lose touch with the real Vietnam. Now I no longer thought of my friends in terms of who was a foreigner and who was Vietnamese, and I didn't worry about coming across as the Ugly American. My nationality no longer defined my identity here. If I did something stupid, it wasn't because I was American. It was because I was stupid."

Sachs lives out a full year during her second residency in Vietnam, seeing through to their conclusions the things that had been set in motion the first time around. But instead of living and working on the fringes of the Hanoi milieu as a private English tutor, she immerses herself in journalism, and in the culture, flowing with the tides of life and the cycles of the seasons until the fifth day of Tet, Vietnam's Lunar New Year, the date Sachs had chosen to make her departure. This flamboyant celebration provides the perfect sendoff for her infinitely more satisfying second stay in Vietnam.

And in lieu of a final chapter, a brief but full-circle epilogue recounts Sachs' third and final homecoming to Hanoi, with many a hail-fellow-well-met welcome and a happily ever after. Four years after her last visit, she had come back to Vietnam a different person, this time, to celebrate the birth of two special children, one of them her own. And although Dana Sachs closes the door to The House on Dream Street in this reunion visit, it's a sure bet that it won't be her last.