The Bookworm: Hanoi's First and Only English-language Bookshop 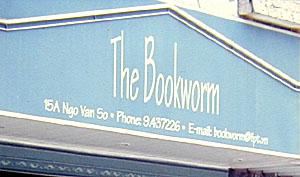 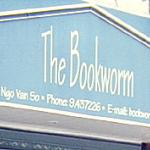 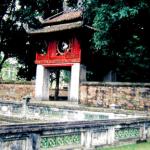 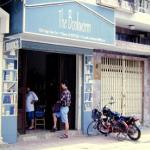 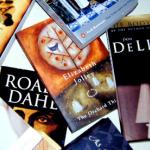 Trips to Hanoi used to be strictly BYOB-Bring Your Own Books. Whatever you wanted to read you had to lug from home, because once you got to Hanoi, you knew that you wouldn't be able to buy books for either love or money.

Fortunately times have changed. The August 2001 opening of The Bookworm, the city's first and only English-language bookstore, has saved Hanoi from being the only BYOB capital city in Southeast Asia.

Situated in a remodeled three-story shophouse south of Hoan Kiem Lake, The Bookworm has gained a loyal following of English-speaking expatriates, who devour books like an international swarm of literary locusts. Recently tourists have begun to patron the bookstore as well after learning of the shop through word of mouth and a favorable write-up in Vietnam Discovery, a new glossy magazine put out by the National Administration of Tourism.

Browse the shelves at The Bookworm and you will find a wide variety of contemporary fiction and nonfiction totaling some 1200 titles, evenly split between new and secondhand copies. In the near future the shop will be placing an additional 500 books on the shelves, including many nonfiction titles that will balance the shop's extensive fiction list.

An Australian expat founded The Bookworm, so customers will discover a particularly fine collection of novels and short-story collections written by authors from Down Under. Parents, meanwhile, will find a selection of Harry Potter stories and other children's books.

But no matter what kind of book you want to buy, you will find that new-book prices at The Bookworm remain quite reasonable. Due to the cost of shipping books to Vietnam, titles sell for about 30,000 dong ($2 US) over the publisher's recommended retail price. This is balanced somewhat by the lack of a sales tax.

In patroning The Bookworm you will be supporting the distinguished tradition of independent bookstores, who face extinction in an age of high-volume corporate booksellers like Borders and amazon.com. Shops like The Bookworm keep the literary tradition alive and prevent authors from becoming tradable commodities valued only for their profit margins.

Once you've read a novel you purchased at The Bookworm, you won't have to lug it out of the country if you don't want to. The store guarantees that it will buy back any book it sells for one-third the cover price, which is exactly the sort of deal that mega-bookstores never offer.

The Bookworm occasionally buys used books not originally purchased from its own shelves. Backpackers hoping to flog their paperbacks for some quick dong will be disappointed, however, as the store can only offer a modest 15,000 to 40,000 dong ($1 to $3 US) per title. On the plus side, the low buyback payments allow the store to hold down the prices of its used books.

After finding something to read at The Bookworm you can then check out what is going on in town. The shop functions as a bulletin board for the expatriate community, which means you can get the scoop on everything from art openings to rooms for rent. You can even get the low-down on such quirky local events as a "high-octane" party hosted by the local Minsk motorcycle club.

In addition, The Bookworm will soon offer a reading room for bibliophiles and news junkies. For a small fee, you will be able to relax in the reading room, peruse foreign newspapers such as The Guardian Weekly, and drink a free coffee or two in the company of fellow readers.

So next time you're packing for that trip to Hanoi you won't have to load up your bag with ten pounds of books. Instead you can heft your blissfully light pack and head for Hanoi knowing that once you get there you can browse the shelves of The Bookworm. No activity could better fit the spirit of Hanoi, a sophisticated city long known for its literary appetite. Pick up a book by your favorite author and join the tradition.

The Bookworm can be found at 15A Ngo Van So, a quiet side street running between the busier Ba Trieu and Quang Trung streets. The store is opposite Le Tonkin restaurant, an establishment known by taxi and xe om (motorbike taxi) drivers. The store is open Tuesday to Sunday, from 10 a.m. to 7 p.m. Telephone: (08) 943-7226. Email: bookworm@fpt.vn

Editor's Note: Steve tells us that Marie, the owner of the Bookworm, has sold her business in June, 2006. We will leave this story online for your general information, but check back soon for an on-the-spot update by Steve.

Editor's Note: The following update on changes at the Bookworm was provided by the shop's new owners.

Rob, Sally, and their foster son Truong  reopened the Bookworm in August, 2006, Truong being the manager-owner, Rob and Sally the literary advisors.  Rob and Sally have lived in Hanoi for 5 years and Truong is a well traveled and English articulate, 25 year old Vietnamese.

They have given the Worm an interior coat of  bright  paint and the shop's facade is a vibrant copy of the Worm's flag waving logo, painted by students from the University of Fine Arts.

The old book stock was culled, and after judicious buying and trading, now features over 4,000 new and secondhand books.

One room is now a nonprofit Art Space and exhibits the contemporary work of young emerging artists . . . each exhibition lasting 3 weeks.

The Worm hosts frequent "meet the author" evenings allowing the public to talk with Vietnamese and foreign authors.

A weekly email to interested customers (circulation over 900) advertises the Worm's coming events.

Our customer base is now almost equally split between local Vietnamese, expats, and travelers.

We pride ourselves on having the cleanest and cheapest secondhand books in Vietnam and on our comfortable friendliness.