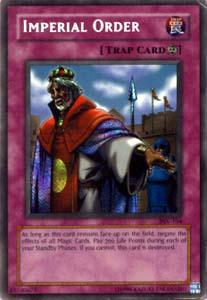 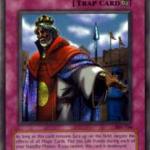 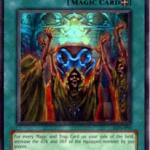 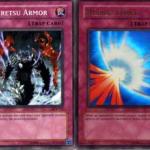 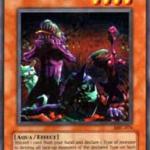 You can buy cards at places like Wal-Mart and Target, but their prices are usually higher than the prices at local card shops. Card Shops, shops that are devoted mainly to TCGs such as Magic: The Gathering, Pokémon, and Yu-Gi-Oh. Because these shops specialize in Trading Card Games, they usually have the best prices. You can also find cards on Ebay. However, some of the sellers on Ebay sell Chinese cards, which are not tournament legal. However, if you can find a decent honest seller on Ebay, the prices are very good.

The first method of obtaining cards is purchasing a booster pack. Booster packs are relatively cheap, with booster packs costing usually anywhere from three to four dollars. The booster packs come in sets. Each card comes from a certain set, with the set abbreviation right under the bottom right corner of the picture. An example is Gemini Elf, which is LON-000. Every once in a while, a new set is released. The current sets are: Legend of Blue-Eyes White Dragon (LOB), Metal Raiders (MRD), Magic Ruler (MRL), Pharaoh's Servant (PSV), Labyrinth of Nightmare (LON), Legacy of Darkness (LOD), Pharaonic Guardian (PGD), Magician's Force (MFC), and Dark Crisis (DCR).

Each set has unique cards. Most sets have certain very good cards. LOB has Raigeki and Swords of Revealing Light, two cards that go well in almost any deck. Metal Raiders has Mirror Force, as well as all of the monsters that boost up other monsters' attack. Pharaoh's Servant has Call of the Haunted, Premature Burial, Imperial Order, and Jinzo. MRL has Axe of Despair, all of the toon cards, most of the equip cards, and all of the decent field magic cards. LON has United We Stand, Mage Power, and Gemini Elf. LOD has most of the spirits, and includes the cards Injection Fairy Lily and Yada-Garasu. PGD has all of the Gravekeeper cards, as well as Ring of Destruction and Lava Golem. MFC has Breaker the Magical Warrior, Dark Magician Girl, and Dark Paladin. The newest pack, Dark Crisis, has the long awaited cards Vampire Lord and Exodia Necross, as well as Sakuretsu Armor.

Most card shops have binders of rare cards that they sell individually. These cards are usually very high priced, and are not packaged with other cards. The average price for a Super Rare is US$15. The average for an Ultra Rare is US$30. The average for a Secret Rare is US$45. However, the unlikely possibility of finding one of these cards in a booster pack usually justifies the cost of buying them indivudually. If you were looking for a Super Rare, you would probably have to open up four or five packs, and then you might not even get the one you wanted. With Ultra Rare, you would have to open up about ten or twelve. With Secret Rare, you would have to open up fifteen or twenty looking for that one card. However, you might find some other cards you wanted in the packs, so either choice has merit.

However, if you have other rare cards that people might want, you can trade.

Trading cards is relatively simple. Each of you looks for cards that you want from the other, and you propose a deal. When a deal is made, both people trade cards. On average, trading is like the game-of-chance prizes at the county fair. When you have two of one rarity, it usually can be "traded up" to get one of a higher rarity. Sometimes people will want to hold on to the card that you want, and you might have to make them a better deal. If there is a card or cards that you really want, you might have to trade something better than the card is worth, but if the card is important to you, then it's worth it.

Bear in mind that some cards have other cards that do the same thing that they do, but are easier to find. A good example of this is the card "Man Eater Bug." Its effect is "FLIP: Destroy one monster on the field (regardless of position)." It is a Super Rare, and pretty hard to get. However, in the Magician's Force set, there is a card called "Old Vindictive Magician." It has the exact same attack and defense, as well as having the exact same flip effect. However, it is not even a rare card. It is a common. Another example is the card "Goblin Attack Force." It is a 2300 ATK/0 DEF monster that goes into defense position after it attacks. It is an Ultra Rare of the PSV set. However, in Magician's Force, there is a card called "Giant Orc" that is very similar, though it too is a common. Many cards have cheaper, more effective versions of themselves.

A good beginning strategy is a "beatdown" deck. The entire point of the beatdown deck is to "beat down" on your opponent. Most beatdown decks consist of mostly really powerful monsters, balanced with some equip magic/spell cards, and some countering traps to help your monsters get through. Beatdown decks are relatively easy to make, and when used properly, can be very effective at defeating your opponent. The heart of any good beatdown deck is 1900 attack monsters. With the new packs that have come out, it is increasingly easy to get 1900's, such as Gemini Elf, Luster Dragon, and Archfiend Soldier. You can also add the extreme attack monsters, such as Goblin Attack Force or Giant Orc. Use equip cards to power up your monsters, should they need a little boost. Use destruction magic to clear the board and make a path to your opponent's life points. Use counter traps to stop your opponent from destroying your monsters and thwarting your attack.

The world of Yu-Gi-Oh is a competitive one, and everyone is trying to get the best cards. It's not easy to build your dream deck, but in the end, most of the time it's worth it. Some strategies are easier to pull off, and some strategies are harder to get but worth it nonetheless. Good luck and happy hunting!