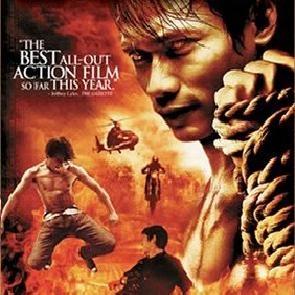 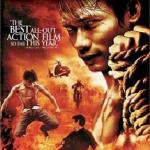 There are 206 bones in the human body, and Tony Jaa will break every one. Touted as the next big martial arts star, after Bruce Lee, Jackie Chan, and Jet Li, Tony Jaa brings his own brutal style to the screen in his second film, The Protector. Featuring a mix of spoken English and Thai, The Protector is a fun brawler featuring some of the best action of any martial arts movie.

Tony Jaa plays Kham, the son of an elderly elephant herder. In ancient times, the power of a Thai king was determined by the physical and spiritual strength of his elephant. The elephant is regarded as a sacred and majestic beast, and they are kept and protected by a special cadre of fighters known as the Jaturangkabart. The Jaturangkabart were fighters trained in Muay Thai fighting who would protect the vulnerable legs and undersides of an elephant from foes.

Kham's father has always dreamed of seeing his eldest elephant, Por-Yai, become one of the Royal Thai Elephants. However, in an inspection staged by members of a gang, Kham's father is shot, and the elephants that Kham grew up with are stolen. Assaulting person after person in his attempt to retrieve his elephants, Kham ends up in the underworld of Sydney , where he not only fights to find his prized pachyderms, but also uncovers a deep-running scandal involving most of the police in the city.

The action in this movie was top-notch, including the longest one-cut fight scene in any martial arts movie, a whopping four minutes in a single one-shot one-camera take. One complaint, is that the main character has basically one line: "You took my elephants!" And unlike his other movie, Ong-Bak, there were no compelling supporting characters to give any weight to the story. There was also way too much use of the "bullet-time" style of filming. It seemed as if it was thrown in at random times rather than actually used to increase the drama of a scene. There are also some scenes that seem to make almost no sense, such as the fight between Jaa and what seems to be the entire cast of the Asian X-Games.

However, one of the best parts of the movie, and what seems to get the showcase in both of his movies is his fighting style. Muay Thai fighting is commonly used in most MMA fighting leagues such as Pride and UFC, and for good reason. Muay Thai is a style of fighting that emphasizes short strikes such as elbows and knees, which have been proven to pack much more force than a kick or a punch. One of the more interesting things about the movie is that Jaa crafted his own style of Muay Thai martial arts called Muay Kotchasan, or Elephant Boxing, based on the movements of elephants when they fight. This style comes into play when he fights the henchmen of his nemesis, Madame Rose, and one after another, shatters bone after bone in what may be the largest collection of bone-crunching sound effects in any movie to date.

While lighter on the plot than most martial arts movies, Tony Jaa and The Protector deliver in action what it lacks in plot. If you've ever wanted to see a baby elephant get suplexed, or one man face the equivalent of the entire World Wrestling Federation rolled into four opponents, this is the movie for you. If you can overlook its few flaws, The Protector is a fast-paced ride sure to sate anyone's hunger for action.

The Protector is available for purchase from Amazon.com.