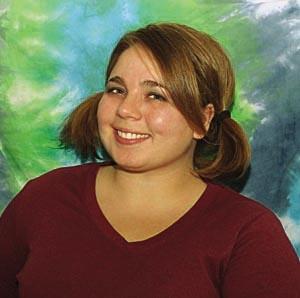 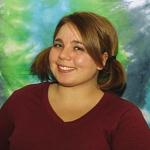 In the past several years, Anime has turned into a massive television industry, rapidly becoming one of the most popular forms of entertainment. All of this is due to the work of companies such as ADV and Viz, which search out new Anime and prepare it for release in the states. But with all of the hustle and bustle, flashy shows and star voice actors, it’s easy to forget about the people who make it possible for us to experience these new sights and sounds: the translators. On a daily basis, these linguistic wizards take what would be incomprehensible to many of us and transform it into media for the masses.

Jessica Renslow is one of these skilled translators, working as a "Resident Translator/Production Coordinator" for Studiopolis Inc., which works with Viz, TV Tokyo, Shonen Jump, Cartoon Network, Disney, and other animation and Manga companies. Born on Thanksgiving Day, 1980, in Gary, Indiana, she now lives in North Hollywood. "I live in a predominantly Latin neighborhood in North Hollywood, CA. It’s good practice for my Spanish!" An avid traveler, she has driven cross-country six times in the last year, in addition to a number of excursions to Europe and Asia, one of which found her living and working in the town of Pippu on Hokkaido, the northern island of Japan, from 2003 to 2006.

With her work, she watches on average about three to four hours of Anime. However, it’s not all fun for Jessica, especially with the attention to detail that her job demands. "I have to make sure that nothing too "bad" gets aired. I have to read all the signs and stuff in the backgrounds to confirm that they aren’t strip joints, or whatever." The reason is that much of the work that she does is primarily aimed at American TV audiences, and American TV has stricter laws. "If you ever watch Naruto in Japanese you’ll know what I’m talking about. Since Japan and the States have different regulations, characters like Jiraiya give me a run for my money." In addition to her translating duties, she also has the various paperwork of her job to deal with. This includes scheduling, script-editing, payroll, and last, but not least, the final edit on every script that gets sent out.

However, as involved as Jessica seems in her work, it wasn’t really her first choice, or even her second choice. "It sort of chose me. I didn’t even really know what anime was until I took my first Japanese class at the age of eighteen. I’ve never watched it as a fan. I knew it more from the periphery. I have two, good friends from college who are VERY into cosplay, the conventions and all of that." Originally a Telecommunications Production major, her advisor gave her some excellent advice that she took to heart: "He said to be a good filmmaker you need to be well rounded and traveled. He advised me to minor in Telecommunications and pick a different major." Driven by this advice, she pursued a major in Japanese Language and Culture, eventually landing herself the current job as translator for Studiopolis.

And even though she has a great job, she still hasn’t forgotten her original goals. "I moved to Hollywood to work in feature films, which is still one of my goals. Japanese just happens to have landed me my current gig. I like the company I work for, but it’s not where/ what I’ll be working in forever. Anime is good for me at this point in my life."

When asked what advice she would offer for those who want to get into the field of Anime/Manga. "Knowing Japanese is key if you want to break into the anime biz. I’ve heard that it’s extremely difficult to get in as an artist. Translating isn’t as hard especially if you’re working for a western company. Being bilingual in Japanese is still relatively rare. There are plenty of people who speak Japanese, but being able to read and write it, plus speak keigo as well as slang is still unusual." But as important as knowing the language is, there’s one more ingredient to success in the business. "As cheesy as it sounds, if you’re willing to set your mind to something and do the work involved you can accomplish anything. You just got to think outside of the box. Hell, sometimes you got to kick the damn box down the street!"