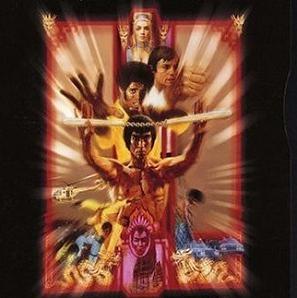 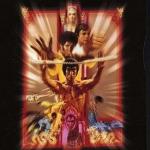 Bruce Lee plays Lee, a martial arts master and member of a Shaolin temple. When the British Government learns of the existence of a small nearby island that is home to a drug ring, Lee is called in to investigate. He is ordered to enter the island through a tournament held there, to find out exactly what's going on inside the fortress. The kicker is that the ringleader of the group, lord of the fortress, and host of the tournament is the enigmatic Han, who was a former member of Lee's Shaolin temple.

Moreover, the supporting cast of Enter the Dragon has just as much style as the main cast, and Lee finds himself a pair of unlikely allies in Roper and Williams, two fellow tournament competitors. Roper is a karate master whose bad decisions in betting have led to life on the hit list. He hopes to be able to pay back all his debts by winning his fights. Williams, on the other hand, is the stereotypical 70s black man- a tall, velvet-wearing, afro-sporting, butt-whooping master of style. He seems to be an acquaintance of Roper's, and is just in it for the chance for adventure.

Everything about Bruce Lee is showcased in this movie. Every single fight scene involves him shedding his shirt and showing off his perfectly sculpted muscles. His signature battle-cry weaves its way throughout the film, which showcases his skill with all the traditional weapons- bo staff, nunchaku, and of course, his formidable fists. From the first scene of the movie, in which he soundly defeats an opponent in an exhibition match, to the famous "Hall of Mirrors" fight at the end, he demonstrates his amazing talent, and shows the viewer just why he's the top martial arts star, even to this day

A lot of up-and-coming stars showed up in Bruce Lee's movies, including Jackie Chan, Sammo Hung, and of course, the iconic Chuck Norris. What's also interesting is that his stateside movie releases didn't occur until after his death. His unfortunate passing triggered the release of four of his movies in the US , each one a major hit. He quickly became an international film star in the months after his death. As well he should be. His movies signify the best in martial arts, most especially Enter The Dragon. A must-see for any martial arts fan, and a must-have for any martial arts film collection.

Enter The Dragon and other Bruce Lee movies can be purchased online from Amazon.com.

A Beginner's Guide to Yu-Gi-Oh