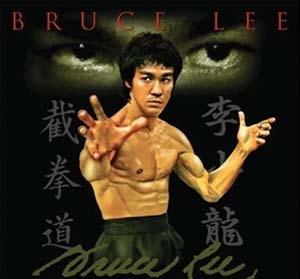 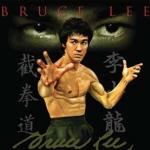 Every cinematic genre has always been characterized by the stars that make it famous, from comedy and romance, to war and westerns, and martial arts movies are no different. From generation to generation, new actors, using new styles and new storylines, have kept the martial arts movie popular throughout the years. From the original master himself, Bruce Lee, to newer stars like Jackie Chan and Jet Li, to the next generation of fighters that includes rising star Tony Jaa, the stars of the movie industry have kept the martial arts tradition alive.

No discussion of martial arts stars can commence without mention of the original master of martial arts film: Bruce Lee. Before Bruce Lee, martial arts films had no place at the American box office. Nonetheless, Lee’s charisma and skill earned him a place in Hollywood, and he soon became known for his trademark shriek, which was intended to unnerve his foes and focus his strength, and for his fighting style, which carried with it an animalistic power. However, Lee’s real fame didn’t come until after his unfortunate death in 1973. He already had a reputation as a great film star in China, but in America, his fame was limited to television. Soon after his death, however, American film companies released Enter the Dragon, which proved such a success, that they released his three earlier films as well, all of which were huge hits. Thus Bruce Lee’s rise to fame continued long after his death.

In addition to his excellence as a film star, Bruce Lee was also respected as a martial arts instructor. When he came stateside, his gig as a television star in the Green Hornet provided publicity for his kung fu schools. As a result, he was sought after by aspiring martial artists who were willing to pay $275 an hour for a private session, a handsome fee for a single hour of training in 1960.

Known as Jeet Kune Do, or Way of the Intercepting Fist, Bruce Lee’s fighting style is a form of martial arts created by the man himself, to deal with what he believed to be the shortcomings of most martial arts: inflexible tactics and overly-focused training. Jeet Kune Do is based on the concept that the best way to block your opponent’s offense is with an offense of your own. Kick your opponent’s kicks, strike their blows, and never let an opportunity go unmet. Even today, as a lasting tribute to the skill and style of Bruce Lee, Jeet Kune Do is still a viable and popular style of martial arts.

Most martial arts focus on specific types of blows- Karate uses many punches and upper body blows, Tae Kwon Do uses mainly kicks, many of which are aimed at more vulnerable parts of the body like the head and chest. However, Lee maintained that the best way to fight was not to limit oneself to a specific type of attack, but rather to adapt to the situation. To this end, Jeet Kune Do’s style has two main points: The first is to "Be like water," to be flexible and change your style to suit the situation; The second is "Economy of Motion," which means defending in the most efficient way possible. Simpler techniques are chosen over more complicated ones, and high kicks are not recommended, as they are unstable and require more motion than necessary, with the caveat that if the best and only way to take advantage of an opportunity is with a high kick, then the changing nature of battle would require the fighter and his style to change with the situation. To this day, Jeet Kune Do is still taught under the moniker of Jun Fan Jeet Kune Do. Jun Fan was Lee’s Chinese name, and thus, the name translates to Bruce Lee’s Way of the Intercepting Fist.

The Comedic Stylings of Jackie Chan

Jackie Chan is a unique martial arts film star in that he began as a Chinese acrobat, and integrated his art into every part of his fighting style.  One of the biggest attributes of his popularity is that, unlike other action stars of his time, he did all of his own stunts, no matter how risky or foolhardy they seemed. This often resulted in injury on movie sets, nevertheless, he was determined to remain one of the few action stars who did all his own stunts. However, what really sets Jackie Chan apart is his method of slapstick fighting, which adds an element of charm to his films. Whimsical techniques, such as playing keep-away with a hat in the midst of a fight, or using unorthodox weapons such as hot peppers, or papier-mâché Chinese New Year dragon heads. Rather than being the ultra-serious fighter so popular in his day, Jackie Chan is charming, impressive, and humorous, while maintaining the intensity of the martial arts star.

While Jackie Chan is undeniably an accomplished and skilled martial artist, his charm lies outside his combat skills. At the outset of his career, Chan teamed up with Yuen-Woo Ping, the now acclaimed choreographer of Crouching Tiger, Hidden Dragon and The Matrix. Ping was enamored of the former acrobat’s skills, and told Chan that he would have complete control of the performance of his stunts. Propelled by this, he created Snake in the Eagle’s Shadow, his first film. The success of this film led to the release of Drunken Master, the first of Jackie’s many forays into the new genre of action comedy. Drunken Master featured less outright action than many martial arts movies of the time, but made up for it in the incorporation of slapstick comedy and acrobatic maneuvers, including a fight that was made up of largely made of Jackie playing keep-away with his master’s hat, and his rendition of the Eighth Drunken Immortal, Drunken Miss Ho.

Jet Li’s unique aspect is his return to the original style of martial arts movies. His movies fall into two categories: Historical epics, such as Once Upon A Time In China, and Fearless; and underworld action flicks such as Romeo Must Die, and Unleashed. However, what sets Jet Li apart from other martial arts stars is how he immerses himself in the fighting style of whatever his role dictates. His absolute mastery over the traditional fighting styles is showcased well in Fearless, in which he displays amazing talent as traditional wushu fighter, as well as skill with the sword, spear, and three-sectioned staff. For those who prefer a more street-oriented fighting style, Li’s other movies fill the bill. His street movies are characterized by a direct, no-nonsense approach, rather than dispatching his foes in a flashy and slick manner,. If he wants to hit someone, he doesn’t need to do backflips and fly through the air. He just walks up and hits them.

Jet Li is revered as a master of the ancient art of Wushu, and thus has been declared a "National Treasure" by the People’s Republic of China for his mastery, which is reflected in his historical epics: the Once Upon a Time in China series, the Shaolin Temple series, and most notably, his recent hit in Fearless.

However, his Hollywood appeal comes not from his mastery over the traditional arts, but from his ability to immerse himself in the underground street-fighting styles that would be used by the characters that he tends to portray in his Hollywood appearances. His characters in the movies Romeo Must Die, Cradle 2 The Grave, and Unleashed use a much more straightforward style, lacking in the flash and subtlety of many martial arts actors. An example of this style is his performance Unleashed, in which he plays a character named Danny the Dog, who, in all aspects, is raised as if he were a dog. Never formally trained in martial arts, his character’s fighting style reflects an animalistic power, as well as simple-minded focus on a single opponent. He attacks what he sees as a threat, and will not stop attacking unless he is distracted or is called off by his master. Jet Li’s immersion in his universe, be it the mean streets of the urban jungle, or the ethos of ancient China, is what gives Li his appeal as a martial artist.

Forging a Path for Muay Thai

The newest star on the martial arts horizon is Tony Jaa, a master of Muay Thai boxing, also known as The Way of Eight Limbs, signifying the use of hands, feet, elbows, and knees equally as striking surfaces. To date, Jaa has starred in only a handful of films, including: Ong Bak: Thai Warrior, its upcoming sequel, and The Protector. Both films feature stunning action by Tony Jaa, but lack the charisma, content, and production value required to earn them the respect that their star’s martial arts virtuosity deserves. However, the potential for martial arts action greatness is there, but only if Jaa develops the personality required to succeed in Hollywood.

As a skilled practitioner of Muay Thai, Jaa specializes in a form known as Muay Boran, literally translated in the Thai language as "Ancient Boxing." Originally taught as an all-purpose power art for use on the battlefield, Muay Boran specializes in concentrating as much power into each blow as possible, to quickly immobilize the opponent and ready the fighter for the next one. The most efficient way to achieve this is the use of short-limb strikes such as knees and elbows. A series known as Fight Science on the Discovery Channel recently conducted a scientific experiment which proved that, of the upper-body strikes, the elbows produce the most power, while the knee produces the most lower-body power per strike.

Jaa’s second movie, The Protector, featured his own form of Muay Thai called Muay Kotchasarn, or Elephant Boxing, which uses the powerful movements of the Elephant to inflict maximum damage on the opponent. It features the simple, focused movements of the elephant, such as break, crush, stomp, and grab, to incapacitate one’s opponents.

The debut of a new star like Tony Jaa brings hope for the martial arts genre. And although new stars may not be the groundbreaking pioneers that Bruce Lee and Jackie Chan were, the continuing demand for quality entertainment in the martial arts genre will draw talent and innovation for generations to come.

Reviews of martial arts movies featuring the stars mentioned in this article may be found on ThingsAsian:

All of the movies starring the aforementioned actors can be found on Amazon.com.