To The Chinese, Jade Is The Elixir Of Life - The Stone Of Immortality 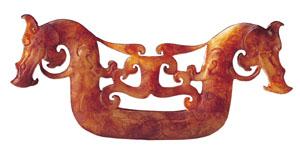 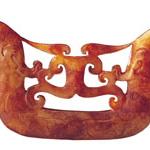 The first time I was exposed to the fascinating world of jade on a large scale was in Malacca, Malaysia's historic city. As our group toured the Jade House Jewellers, I beheld jade sculptures and jewellery of rare beauty, excellently hand-made. From that day, I became a devotee of this lustrous gem which has held a pre-eminent position, since the dawn of history, in the art and literature of China.

Besides the Chinese, who first classified jade as a gem, a number of other people, since Neolithic times, have held this stone in high esteem. Due to its toughness - almost as hard as diamonds - it was a favourite material for fashioning the tools of primitive man. Axe-heads, hammers and knives, made from jade by pre-historic man, have been found in many places around the globe.

This almost mystical gem, to a number of ancient people, was highly cherished by the pharaohs and the Celts of Europe. In the Indian subcontinent, during the bygone ages, the inhabitants called it the 'Divine Stone' and credited it with being a cure for asthma, gravel, epilepsy and heartburn.

The Maoris of New Zealand and the Incas, Aztecs and Mayans in the Americas grace their holy altars. When the Spaniards occupied Mexico, the Conquistadors believed the stone had the power to cure the pains of the side. Hence, they named it piedra de ijada (stone of the loin) - from which we get our name 'jade'.

However, it was in China that the charm and mystique of jade has been paramount in the lives of the people for millennia. Treasured and revered for its colour and durability, it became an integral part of that country's history and society, especially in the royal courts. At first it was used in the manufacture of tools, but as the centuries passed, jade developed political and religious significance - often employed by the Chinese emperors as a token of power.

For thousands of years, the Chinese so venerated this historic stone that they called it the 'stone of China', believing that it brought serenity, peace of mind and protected infants. They maintained that certain jade designs had the power to ward off evil and, in accidents, absorb all bodily harm and injuries of the wearer. Confucius saw in jade the symbols of harmony, humanity, intelligence and justice, and he is said to have waxed lyrical over its many qualities.

To the people of China, jade is the most precious of stones, occupying the same position as diamonds are held in the West. To them, it is the symbol of virtue and beauty, terming it 'the concentrated essence of love'.

From jade, they hand-carved cups, figurines, sceptres, vases, all types of jewellery and chimes - regarding jade as a musical gem par excellence. Its mysterious qualities and physical appearance have, for centuries, been associated by the Chinese with the human attributes of wisdom, moral courage and power. Calling it the 'Stone of Heaven', they credited this ancient gem with spiritual significance, believing that it possessed the virtues of holiness and purity.

Many writers regarded it as a potent medicine and attributed to it incorruptibility, invincibility and even immortality. Emperors used to drink a mixture of pounded jade and herbs in an attempt to become immortal. It is said that the mythical Queen Hsi Wang Mu who prepared for herself this elixir of life concoction, lived to be several thousand years old. The Han ruler Liu Sheng and his consort, whose tomb was discovered in 1968, were so obsessed with the notion of jade being conducive to longevity that they arranged to be buried in suits formed from thousands of pieces of jade held together with gold wire.

Believing that jade preserved the body of the dead from decay, important figures in Chinese history sought immortality after death by having jade amulets buried with them. Others had jade, in various shapes and motifs, stuffed into all the orifices of their corpses.

World-wide, there are two species of jade: nephrite and jadeite, found in pebbles and boulders of various sizes. They have virtually no relation with each other except in appearance. Both types, because of their tough composition, are actually never carved in the usual meaning of the word. Large pieces are cut with wire saws and abrasive paste. The pieces are then ground with abrasive powder, and diamond drills are used to hollow out the details before polishing.

Nephrite, also known as 'greenstone', is used chiefly for carvings and is the oldest, softest and most common type of jade. Also, known as 'kidney stone', from which it derives its Greek name, it has a reputation as a healer of kidney diseases.

A magnesium/iron silicate mineral consisting of an interlocking mass of fibrous crystals - 6.5 on the Mohs' scale - it is found in a rainbow of colours. Besides green, it comes in white, brown, grey and yellow. The stone is mined primarily in Central Asia, Australia, New Zealand, Taiwan, Alaska, California and Wyoming in the U.S.A., and British Colombia in Canada.

Most Chinese jade artifacts before the 18th century were manufactured from nephrite. Known in China as chen yu (true jade), it is not found in that country but, for centuries, has been imported in a raw form from Central Asia. Yet, in that ancient land, the art of sculpturing jade has been well-developed for over 4,000 years. Nephrite carvings of great antiquity have been discovered throughout the country.

The second type, called jadeite, is a sodium aluminum silicate mineral, denser than nephrite. It consists of compressed fibrous-translucent granular crystals matted together, making it a tough stone - 7 on the Mohs' scale. The gem does not splinter easily and, hence, is excellent for the manufacture of jewellery.

Jadeite is found chiefly in an extensive range of green shades - lighter than those found in nephrite - and in black, blue, lilac, pink, purple, red, violet and white. It has a much narrower geographical distribution than nephrite, being found mostly in the stream beds and hillsides of the Mogaung district of Upper Burma, and in small amounts in California and Japan.

Pure white nephrite and jadeite jade bring top values. No less cherished is 'Grave jade', taken from the graves and mausoleums of the wealthy, much of it by grave-robbers. Saturated with myth and housewives' tales, it is valued for its potent and magical properties - prized as a shield against harm.

However, the most sought after jade is a deep emerald green variety of jadeite of great translucency, known as 'Imperial Jade' and to the Chinese as 'Old Mine Jade'. It is so rare and exquisite that it costs as much as the highest grade emeralds. The most highly prized of the jadeite, it is a very transparent gem and so clear that it is possible to read print through most specimens. Once owned solely by Chinese emperors, it has been for hundreds of years prized in China above all other gemstones.

Roaming the countries of Malaysia, Indonesia, Singapore, and Thailand, I found that, as in the past, jade continues to hold many of the inhabitants and a good number of tourists spellbound. However, above all, to the Chinese, jade still rules supreme as an oriental touchstone by which other gems are judged. To them, it remains, as it has always, the beloved ancestor of all gems.

1) The primary value of all jade includes three features: colour and tone, texture and translucency. To this is added the quality of workmanship.

2) The best products are almost transparent of vivid medium green with a total absence of veins or interior structures and complete evenness of colour.

3) One must watch out for fake jade made of plastic and glass. This jade usually appears to have all the above qualities. However, a trained person will easily spot the entrapped minuscule air bubbles in the fake jade.

4) An amateur should only purchase jade from recognized establishments. They will provide certificates of authenticity for every true jade item.