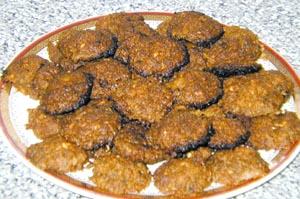 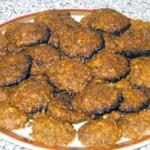 The Indonesian cuisine is a rich and complex blend of many cultures. Chinese, Indian, Arab, Dutch, Spanish, Portuguese and British influences have influenced the development of the country's present-day foods. Above all, the cooking of South East Asia has had a profound impact on the cuisine of the country. In the larger cities of the Indonesian Archipelago one can enjoy the chili peppers, peanut sauces and stewed curries of Thailand; the lemon grass and fish sauce of Vietnam; the intricate spice combinations of India and the endless foods which are a combination of these dishes. This culinary world of succulent delights reaches its epitome in the Rijsttafel - the crown jewel of the Indonesian kitchen.

Indonesia, the fourth-most populous nation in the world, consists of some 13,000 islands which stretch from the island of Sumatra in the east to Australia in the east. For many centuries, the Indonesian islands have been renowned as the center of a rich international trade, especially in spices. For hundreds of years, cloves, ginger, mace, nutmeg, and black pepper drew traders from India, China, Africa, and the Arab world. Later, European explorers and colonists from the Netherlands, Portugal, and England came seeking these spices and stayed on to colonize the land.

By the end of the 16th century, European colonial conquests had left the Archipelago a collection of weak, disconnected fiefdoms, which were conquered by the Dutch within the next two centuries. Modern Indonesia only came into being after the Second World War.

An exotic nation, the country offers beautiful landscapes, a variety of natural wonders, ancient cultures, a fascinating mixture of people, and delectable local cuisines, reflecting the country's complex cultural history. A combination of many different influences, its world of cooking is somewhat different in the various regions and provinces - the most famous being the Javanese and Sumatran dishes.

Indonesian food, with its distinctive taste and style of cooking and its wide selection of ingredients and spices, is considered to be one of the finest cuisines in the world. Strange as it may seem, cloves, mace and nutmeg, for hundreds of years the basis of the spice trade, are rarely employed in Indonesian culinary art. Coconut milk, used in beverages, sauces, soups and rice gives a distinctive taste to a good number of dishes. However, the fundamental spices of the country's cuisine are coriander, pepper and garlic. These are often enhanced by basil, bay leaves, cardamom, cassia, chilli, ginger, galangal, lemon grass, peanuts, saffron, scallions, shallots, soy sauce, star anise, tamarind, turmeric, shrimp paste and dried anchovies.

Some of the well known Indonesian dishes are gado-gado (vegetables with peanut sauce), nasi goreng (fried rice with meat or seafood), sambals (various types of spice relishes), sateh (grilled skewers of meat served with a peanut sauce) and soto (soup). For the ordinary people, a meal usually includes soup, salad, and a main dish which often consists of rice and dried fish. This is always accompanied by one or two sambals.

For a gourmet Indonesian meal, steamed or boiled rice is always the centrepiece. This is accompanied by numerous dishes of beef, chicken, duck, goat, all kinds of seafood and vegetables. These can be boiled, grilled or roasted, steamed, stir or deep fried, and served with several kinds of relishes and sauces.

Different areas in the Archipelago offer their own distinctive dishes. In West Sumatra, the Minangkabau region is well-known for it's Padang spicy style food of Indian origin, featuring plenty of lamb curries and hot chilli. In this region of Indonesia, restaurants usually display cooked food, prepared in the style of Padang, on some 10 different plates and bowls in a glass box at the entrance. After visitors sit down to dine, the waiter brings a plate of rice, along with a plate of each of the dishes displayed, but the diners are only charged for the food they have eaten.

Javanese dishes features delicate grilled and steamed seafood, and Bali is famous for its tasty dishes, some cooked with pork - the only part of Indonesia where visitors can find this meat. There are two excellent Balinese dishes that a traveller should not miss. Bebek betutu, a delicious duck specialty, slowly baked in banana leaves together with various herbs and spices; and sateh lilit, made from minced prawns and fish. These are served with nasi kuning (yellow rice).

The Dutch ruled Indonesia, once the richest agricultural region in the world for 320 years. The Moluccas, a part of the Indonesian archipelago, were the original Spice Islands, suppling the entire world with black pepper, nutmeg, mace and cloves. These centuries of Dutch rule left an indelible mark on the country's cuisine.

They are responsible for the Rijsttafel (rice table) which originated with Dutch plantation owners who liked to sample selectively from Indonesian cuisine. It became a kind of tradition, and the Dutch because of their fondness for Rijsttafel, introduced it into the Netherlands. Today, in both Holland and Indonesia, the Rijsttafel is a real culinary pleasure.

Called a forerunner of the all-you-can-eat Chinese buffet, Rijsttafels, at times featuring more than a 100 dishes, are a great way to sample numerous Indonesian dishes in one meal.

For the uninitiated, the mini Rijsttafel, which we have prepared below, will be an exciting journey into the world of Indonesian food. For most of the recipes, I have substituted hard-to-find Indonesian ingredients with easy-to-find ingredients in most parts of the world.