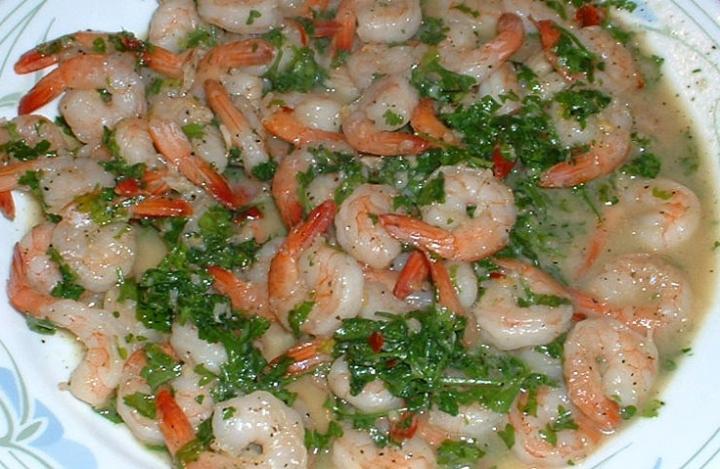 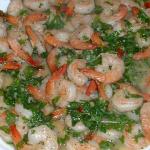 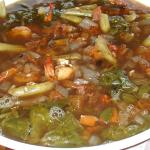 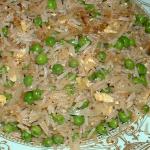 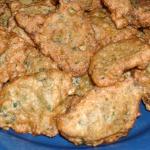 To sit down and enjoy a meal in the Philippine Islands, whether served in a home, at sidewalk food stands or in plush restaurants, is a satisfying culinary adventure. The food of these Islands is exotic, somewhat spicy, tangy and colourful.

Historically, many peoples and cultures have contributed to the formation of this cuisine - a unique blend of Eastern and Western cooking, which is reflected in the Filipino kitchen today.

The Malays, the original people on the islands, came to the Philippines some 20,000 years ago. In the ensuing centuries, the Chinese, Arab and Indian traders, as well as the Spanish, American, and Japanese conquerors all left their mark in the kitchen of this Island Archipelago.

From among the many Chinese contributions were, soy products, stir-frying, deep-frying and noodle dishes which the Filipinos evolved to their own taste.

The Spaniards came with an entirely new cuisine such as sausages, thick stews, baked goods and elaborate desserts. They introduced garlic and tomatoes and the method of sautéing them, along with onions in olive oil. As the ruling class, their cuisine predominated and their kitchen became that of the wealthy. It is said that about 80 percent of the dishes prepared in the Philippines today can be traced back to the Spanish kitchen. Dishes like echado, pochero, rellano, ensaymada, pan de sal and leche flan, easily identified by their Spanish names, remain today as luxury food, usually served on special occasions such as fiestas and Christmas.

As for the Americans, they introduced salads, pies and modern cooking utensils, as well as the fast foods: hamburgers, hot dogs and canned foods, adapting them to Filipino taste.

The Filipinos took on American canned foods, but imbued them with their own flavour. Chefs frying canned corn beef with garlic and onions have created a dish uniquely Filipino; hamburgers are served with garlic, onion and soy sauce; and Kentucky Fried Chicken is not breaded, but, instead, has its chicken marinated in garlic, soy sauce and vinegar before frying.

Filipinos like their food somewhat sour and salty, and have a liking for frying with garlic. Boiled fish in sour stock with vegetables and a savoury sauce is a typical item on the Filipino menu. On the other hand, in many cases, cooks have a tendency to toss in all sorts of ingredients in soups and stews.

Rice is the most important of the basic foods in the Filipino diet. It is eaten every day, three times a day - a meal without rice is not considered a meal. The rice is usually boiled to fluffiness and leftover rice is often fried with garlic for breakfast. As well, rice is used as the main ingredient in a good number of the country's desserts. For the poor, a meal often only consists of rice soaked in various sauces together with a few vegetables and a piece of fish. It is said that everything else the Filipinos eat is only a condiment, enhancing the rice.

Next to rice, all types of the creatures of the sea are on the menu, especially consumed by the coastal inhabitants. With 7,107 islands forming the longest discontinuous coastline of any country in the world, fish and seafood are very important in providing the protein needed. Before outside influences crept into their cuisine the Filipinos idea of food included everything fresh that nature had to offer, especially the ‘fruits of the sea'. They preferred their seafood fresh-crawling out of the cooking pot.

Most restaurants in the country offer fish and seafood dishes prepared in countless ways. The abundance of fish, crab, oysters, rock lobster, shrimp and squid has given the country great dishes based on the ‘larder of the sea'.

Besides lechon (roast pig), a famous Filipino dish, a main feature in Filipino cooking is the combination of various meats such as chicken and shrimps, and fish and pork. The dishes prepared with these and other meats are made succulent by the skilful use of coconut milk, garlic, ginger and onions, as well as tropical fruits such as guava, mango and tamarind.

On the other hand, the many savoury sauces are what give the Filipino cuisine its uniqueness. Bagoong (a shrimp paste); soy sauce, much used, especially as a stewing sauce for chicken and pork; and a sauce made from crushed garlic and vinegar, are a number of these condiments employed extensively in cooking.

Of course, travelling to the Philippines and partaking of that country's cuisine is the ideal way in which to enjoy the country's food. However, should one wish to enter the Filipino culinary world without visiting the country, the following recipes that I have created to my own taste are a good substitute. The dishes are fairly traditional and preparing them, even by an amateur, should be no problem. As many chefs who know Filipino cooking say, ‘Filipino cooking is easy!' - and these recipes are easier still.