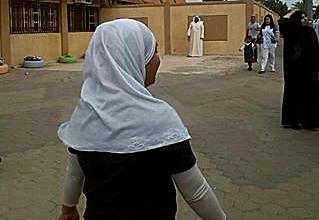 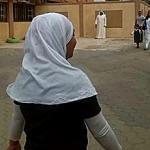 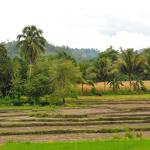 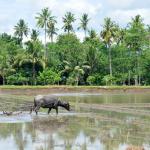 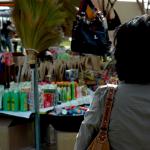 Text and Images by Marvy Enestoes and Ronald de Jong.

Some time ago we met two fascinating women; Clarissa and Joramae, both of them are “Overseas Filipino Workers” Clarissa was an Illegal immigrant in the Netherlands and Joramae is until today working as a domestic helper in Kuwait. Both women were regarded as one of the new heroes of modern days by the Philippine government and their family. Both of them did make a big sacrifice of leaving their family and love ones behind to provide a better future for all of them. Clarissa and Joramae are not alone; there are more than millions of scattered Overseas Filipino Workers worldwide. All together they have remitted large sums of money, worth billions in all kind or currencies, to the Philippine’s economy in the last years. But Clarissa did not feel like a hero, her life as an illegal immigrant was not a happy life. Clarissa lived in constant fear of being arrested and deported. Joramae has a contract and a permit, she is supposed to better off but in many ways her life is difficult as well.

Clarissa is a 44 year old Philippine national; she came to the Netherlands on a tourist visa and worked since then illegal for the owner of a restaurant in the centre of the city and many jobs in between. All those years she only spoke to her husband and family on the phone or by chatting on the Internet. Clarissa was working as an underpaid, domestic helper, she has to do well at her job, work hard, not complaining and most of the time seven days a week to have an income that will sustain herself and her family. She told us she was often discriminated and treated like a second-class citizen. We interviewed Clarissa in the house of her sister, in the city of Amsterdam. Supporting Clarissa is not possible; she and her husband are both supporting their own families in the Philippines. The couple has one daughter, but only two bedrooms, the house is comfortable but too small. “I am tired and I am afraid”, Clarissa said and looked at us, the expression on her face told us was in desperate need of help. Small tears were coming out the edges of her dark-brown eyes. We could see that she was really sad and homesick; we could feel she wants to go home to enjoy life with her family. “But I cannot go back, my family needs the money very badly, my passport is expired and my income is not enough to buy me a plane-ticket. I am sending almost all my income to my husband and kids. Especially for my four children, they need a good education, I have to take care that they do not end up like me. It is very hard not being able to see my husband, children and relatives for a long time”. “There is hardly any privacy and my social life is limited”. We could see that her misery is taking its toll; Clarissa continued “I always am afraid of being caught by the police; I have to be very careful of my steps in daily life. I am fortunate and grateful that I can stay with my sister but I still feel isolated and do not have many friends, you might never know who will betray you. It feels like living in the shadow of many other people every day, it feels like being on the run every time. I am so tired of looking back over my shoulder, just wondering who is watching me”.

Clarissa was just one of many illegal aliens in the Netherlands, the exact number is yet unknown. She was lucky to have a regular job, but there was no security in keeping it, she could lose her job any day. People like Clarissa have no rights; they cannot appeal to social services and have no access to education and health care, when getting sick there is hardly any way of getting medical help. In fact not all illegal OFW’s are treated like they should be. In some cases even sexual intimidation, physical abuse, withholding of passports or blackmail with declaration at the country’s immigration office is reported. Many governments are closing their eyes for the great number of illegal workers within its borders. Rich countries need the illegal workforce to keep the economy going, but no recognition what so ever is given to this forgotten group of 'undocumented immigrants'.

In the meantime Clarissa kept her dream alive; with great help of her sister and some friends she was able to return to the Philippines and was reunited with her family. After a few months Clarrisa tried to find employment in a hotel in Macau; she spent all her family’s savings on mediation but was scammed by an illegal recruiter. Despite her husband’s back-breaking work as day-labourer in a rice field, even with his continuously efforts trying to make ends meet with the family owned carabao and the small income from a Sari-Sari store, her household is still in need.

Recently we met Joramae in her room in Kuwait, she revealed to us that working abroad was her ultimate dream, when being an OFW her life would be associated with flowery images of success and prosperity.  But also failures and pain are a part of her story, she gave us a simple peek into her not so ideal live and explained; “The reason for working overseas is actually an ambitious mind, it doesn't even matter what kind of work I end up doing, as long as I am paid. But beyond the created status and hard earned money there are many well kept secrets for those we left behind. As an overseas worker, everyone seems to think I am rich, my relatives and friends keep on requesting for special favours and asking sponsoring for birthdays and other occasions. Sometimes I have to ignore their phone calls because I know that most of the times it’s just someone asking for money. They are all thinking that money is easy to earn when you’re abroad, actually, they have it all wrong. The truth is that I have come to the point that I want to drop everything and go back home. Sometimes the sacrifices, the loneliness and the challenges are simply too much to make up for being away from my loved ones.  And I have to admit; I surely have regrets in my heart because I left my children, there is not any amount of money that can replace my lost time to care of them. But I have no choice; I have to stay in Kuwait because I’m doing this all to give them their daily needs and to give them a proper education”.

Joramae was quiet for a few moments, her unhappiness showed in her face and could be heard in the way she spoke, but after a while she could not withhold her sentiments and cried, it was obvious that cropped up emotions came out. She covered her face with both hands and with a trembling voice she confessed that her husband has left her and their children. She went on with her story; “I was 17 when I moved into my husband’s house, my parents did not know about that. I had to find a way to escape the poverty we were living in. Two years later I became pregnant with our first child. After thirteen years of an almost perfect marriage my husband confessed to me that he had another love affair, his girlfriend was pregnant. I was startled and the only words that could come out to my mouth were; bring that girl into our house and let her stay until she has given birth”. In the end this was too difficult for me; I quit work and went back to my parents. After some years my son graduated from High School and wanted to go to college, I had no money to pay for his education and the only way was to go abroad. There were many failures, but I felt blessed when eventually I found employment in Kuwait. After landing at the Kuwait International Airport I had mixed emotions, happy to be able to go to work but at the same time my eyes were filled with tears, my heart started beating faster; I realized I was scared and worried but I had to be strong for my family and children, I wanted them to have a better life. Now two and a half years later my contract will end within a few months, nevertheless, my income was not even enough to let my son finish college.  Being homesick every day, my strict employer that makes me work 15 hours a day, even when I am sick and the many sleepless nights are making my life over here almost unbearable, but I am overjoyed to go home to my family and make up for all the time that I have missed”.

Later Joramae accompanied us to the door, she took our hands and told us; “Don.t worry, with God’s help we will survive”. We left her with sadness in our hearts and we promised that we will visit her in the Philippines. One thing became clear for us; working in another country for both women means a lot more than just hardship, it is about making sacrifices, often being considered as outcast, being discriminated, exploited and humiliated, sometimes harassed and maltreated. However, for us, Clarissa and Joramae are the true heroes, and when we look around us today, it is not hard to see there are a lot more Clarissa´s and Joramae’s in this world.

The story of Clarissa and Joramae are based on real facts; the names are changed on their request.