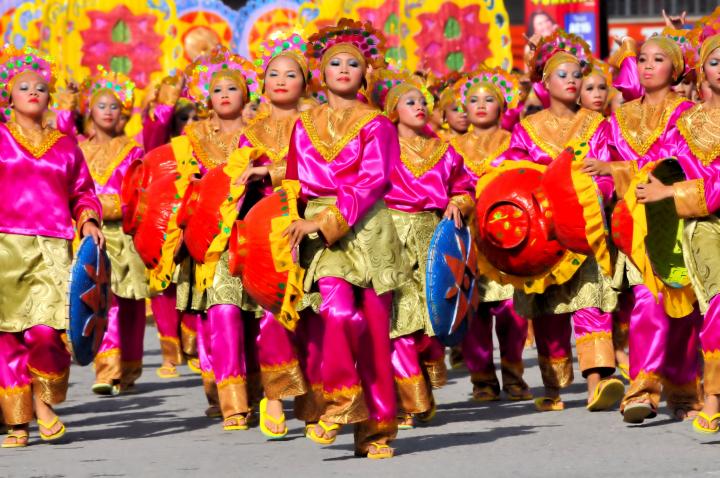 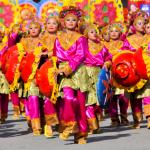 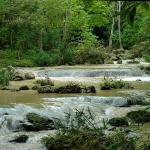 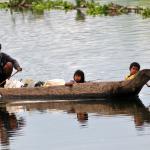 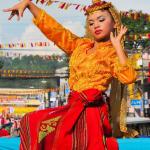 An estimated 4, 7 million foreigners visited the Philippines in the year 2013 and the expectations for 2014 are even higher. The most visited tourist’s spots are undoubtedly the beaches in Boracay, the island of Palawan, Baguio, Bohol, Vigan, Puerto Gallera, the Banaue Rice Terraces and Cebu City. The Davao region in Mindanao, the second largest island in the Philippines, is one of Asia's favored tourist spots, however the Southern parts of this island are not in the list of those popular holiday destinations, but this could change in the near future.

The recent signing of the milestone peace agreement on the Bangsamoro marks the end of a violent conflict that lasted more than 40 years. This agreement will eventually lead to the creation of a new autonomous political entity, the “Bangsamoro”. “Bangsa” means “Nation”. The name Moro is derived from the term "Moors" that was used by the Spanish conquistadores for the Muslim people who at the time of the colonization were the original inhabitants of the Southern Philippines. The long awaited and much acclaimed accord is a golden opportunity to pave the way for the further development of the numerous eco- and agri-tourism sites on the islands and in the highlands of this southern region. Even before this important treaty was sealed the Department of Tourism launched a pioneering program named “Destination Mindanaw” a project that endeavours the promotion of Mindanao as a tourism hub. Provinces and cities that were off limits to tourists because  a negative travel advice was given by several foreign governments and territories that had more than enough speculations over safety issues in the past can now open their doors  for the discovery and exploration of  new and old frontiers.  It is a great chance for international and domestic travellers to visit the mostly unknown places in Surigao Del Sur, Davao Oriental, South Cotabato, Sarangani, General Santos City, Bukidnon, Cagayan de Oro City, the Zamboanga Peninsula, the Agusan River Basin and the Autonomous Region in Muslim Mindanao. These off the beaten path locations are offering world-class tourist spots with historical sites, beautiful natural springs, astonishing waterfalls, spine-tingling zip lines, mystifying caves, breath-taking mountain ranges, lush plantations, exotic resorts and palm-fringed beaches.

Most provinces are getting in high gear to improve road conditions, the Kalamansig-Palimbang-Maitum highway network in Sultan Kudarat and Sarangani provinces will be constructed within a short period of time. Moreover, the province of Sarangani is working on the construction of more asphalt arteries that give access to the beaches and on the already existing motorways leading to Glan streetlights are installed. The white sand beach area of Gumasa is eyed as one of the province’s main tourist attraction. Likewise, other projects are in progress to provide sightseers convenient travel to a wide array of destinations, quite a few bridges, barangay tracks and municipal streets are being upgraded, directional signs to tourist sites are installed, public transportation services to a number of venues will be improved; souvenir shops are being set up, a new passenger terminal at the port of Glan will be built and plans are made for the renovation of the General Santos airport. The eight-kilometre thoroughfare in Pangui-Wali-New La Union Road in Maitum, giving entry to the water tubing site in Pangui River is completed some time ago. In the city of General Santos the international hotel chain Microtel just lately opened its second hotel in Mindanao, located right along the national highway, the hotel is within walking distance to shopping malls and various restaurants. The adjacent province of South Cotabato is focusing on the development of an “Ecotourism Highway,” that traverses the municipalities of Lake Sebu, T’boli, Surallah, Norala, Banga and Sto. Nino in South Cotabato and Lambayong, Esperanza, Bagumbayan, Isulan and Tacurong City in Sultan Kudarat. The Makilala-Allah Valley Road which is leading to the Baras birds’ sanctuary in Tacurong City is previously completed. The Kidapawan-Ilomavis Road in Kidapawan City and the passages connecting Seven Falls and the lakes Sebu, Lahit, and Seloton will soon be covered with concrete and concurrently the town of  Lake  Sebu has outlined a concept for a 7 Falls  Theme  Park  and   a Lake Sebu Tribal  Village.

By this time there are numerous flights available to and from Mindanao, in addition one of the main carries Cebu Pacific Air, the largest airline operating out of Davao International Airport, started a campaign to promote travel to the island’s southern City of Davao City. This airline flies direct from Manila to Cagayan de Oro, Pagadian and from Cebu Mactan International Airport to General Santos. Cebu Pacific Airlines also flies directly between Hong Kong and Davao and at present Singapore Airlines maintains flights from Dubai to Davao City, The regional wing of this Singaporean airline; Silk Air has direct flights between Davao City and the Changi International Airport in Singapore. The state-of-the-art Laguindingan International Airport in Misamis Oriental is the main airport of Cagayan de Oro and Iligan and the first international airport in Northern Mindanao. Simultaneously funds are set aside for the construction of the Central Mindanao Airport in M'lang, Cotabato, which is planned to give access to the coastal airports of Cagayan de Oro, Davao and General Santos. In Southern Mindanao the Zamboanga International Airport is served by domestic airlines such as Airphil Express and Cebu Pacific. Some time ago flights from Cebu and Davao to Zamboanga have been upgraded already. The country’s flag carrier, Philippine Airlines is up to now flying its passengers to General Santos City, Butuan, Cagayan de Oro, Cotabato, Davao City, Surigao, Dipolog, Ozamis and Zamboanga. Meanwhile; more efforts are underway to improve access and connectivity to and from various tourist centres in Mindanao, the Department of Tourism is looking into the possibilities for the reinstatement of flights between the cities of Davao and General Santos and Manado in North Sulawesi, Indonesia; as well as between Zamboanga and Sandakan in Malaysia.

Furthermore; since 2013, nationals from 151 countries may enter the Philippines without a visa and stay for a maximum of thirty days, this up from the previous period of 21 days. For those visitors who want to stay longer the Bureau of Immigration developed the Long-Stay Visitor Visa Extension scheme to bolster tourism and draw more international travellers into the country; foreigners are now able to obtain a long-stay visa that is good for six months.  The Philippine National Police, Philippine Army and Local Government Units have intensified their initiatives and actions to ensure the safety and security of both local and international visitors in the various areas. Nevertheless, for those tourists who are willing to travel the extra miles it is best to keep in mind that there are yet a few isolated strongholds of armed groups in the most Southern regions of Mindanao which oppose this latest peace agreement and are continuing their struggle for and independent Islamic state. Even though the Bangsamoro covenant is a blessing for all Mindanaoans from all kinds of social and religious backgrounds, the journey to peace and prosperity will remain an ongoing process of building. There is still a long way to go, at present the islands infrastructure is rapidly being enhanced, in like manner deeply rooted prejudices have to be demolished, roadblocks of doubt to be removed, multiple roads to mutual understanding to be paved and bridges to collective trust to be built and crossed before the whole of Mindanao can be regarded as a safe and peaceful place to visit. But, in time, when this is accomplished many warm-hearted people will be able and ready to show their famous Southern hospitality and the most beautiful and best kept natural secrets in the Philippines will be revealed to the rest of the world.