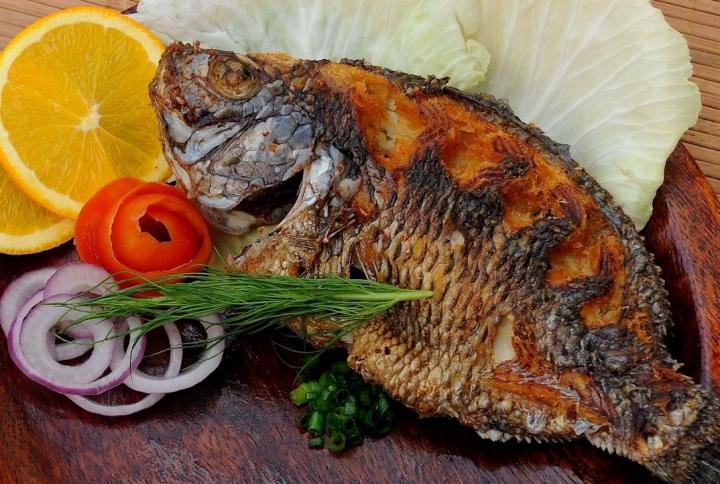 Sweet, Salty and Sour; but not that Spicy. Tilapia 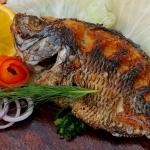 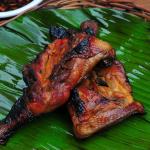 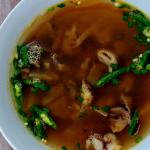 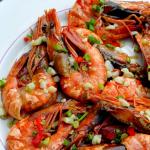 The Filipino cuisine is an exotic blend of many different cultural influences from both sides of the Pacific and reflects the multi-ethnic history of this tropical archipelago. Over time this mixture of the various indigenous and colonial cuisines created the unique dishes that are filled with a diverse richness of flavours, colours and traditions. Although the type and taste of food is different in every region, it can at its best be described as sweet (Tamis), sour (Asim), salty (Alat), but not that spicy (“Maanghang”). Garlic, onions, vinegar, soy sauce, lemon juice and tomatoes are the most common ingredients. The use of extremely hot spices is limited compared to the neighbouring countries, but Chilli Pepper (“Siling Labuyo”) is primarily applied for flavouring a number of dipping sauces, while Cooking Pepper (“Siling Mahaba”) is a condiment for soups and stews. The everyday cooking methods, are braising (“Adobo”), (stir-) or deep frying ("Prito"), grilling ("Inihaw") and boiling (“Nilaga”).

Adobo, a salty, savoury stew, is often regarded as the unofficial national dish of the Philippines, the name is Spanish in origin, “Adobar”, means to stew. The recipe is as simple as it is delicious, small parts of braised meat, fish, or vegetables that are marinated in vinegar, soy sauce, bay leaves, crushed garlic, black peppercorns and several other spices, generally served over steamed rice. The addition of vinegar gives Adobo its specific tangy taste, vinegar is also one of the main preservatives that is used in the Filipino kitchen. Cooking “Sinigang” style is another way of preservation, however vinegar is not used, this clear, slightly sour broth soup derives its sharp and biting taste from Tamarind and its pungency from fruits such as Calamansi, Guava, Cucumber and unripe mango. This popular eats can as well be made with fish, shrimps, chicken and pork. Pork is the main ingredient in many Filipino recipes followed by poultry, beef and sometimes Carabao meat. In Islamic areas in Mindanao pork and pork by products are not permissible (“Haram”), so beef is the staple meat. “Prito” or “Pinirito" is used for dishes like “Pritong Manok”(fried chicken), “Lumpiang Prito” (fried vegetable rolls), “Calamares Prito” (deep fried squid rings), “Pritong Isda” (pan fried fish), all of these platters can be eaten with bare hands and are served as a side dish, appetizer or main course. Just about anything, from, pork poultry, fish and vegetables can be grilled, this is mostly done over a charcoal fire, in this way the food is quickly seared and given a smoky flavour and crusty exterior.

“Inasal” is actually cooking over fire", this can be charcoal, wood or gas, the meat is marinated in different blend-concoctions like red achuete or annatto seeds which gives it a reddish hue colour. Inasal is quite different than other grilled food because there is an absence of anything sweet in the seasoning, even the dipping sauce that is served with the menu is a sour mixture of vinegar, garlic, chillies and shallots.  “Nilaga” simply means boiled, it is a hearty and filling soup with pork or beef, potatoes, “Bok-Choy” or "Pechay" and cabbage in an onion and fish sauce stock with black peppercorns. This one-pot meal is usually served as main entree with steamed rice and a dipping sauce of the ever-present “Patis” (fish sauce) that is slightly sweet and salty tasting.  Patis is made from salted, fermented fish, it serves as a natural flavouring and as a salt substitute, when mixed with “Kalamansi” (Lemon Juice) it is a favourite dipping sauce for all kinds of seafood, chicken and pork. Several meals are customarily served with dipping sauces (“Sawsawan”) on the side; Sawsawan means “to dip”. Most common dips are a vinegar mix with crushed garlic or chillies, known as “Sukang Maanghang”. More widely used sauces are “Toyo-Mansi”; a combination of Soy Sauce and Kalamansi and “Bagoong-Mansi”: a brew of shrimp paste and Kalamansi.

Smoked fish, better known by the term “Tinapa”, is a popular delicacy that is served with tomatoes, onion on the side and garlic flavoured vinegar for dipping sauce.  The prime fish for Tinapa are Herring and Sardines, locals call this "Tinapa Tamban", but “Galunggong” (short fin scad) and “Bangus” (milkfish) are used as well. Sun-drying and salting fish (“Tuyo” or “Daing”) are a few other methods of conservation. Both strong smelling varieties are used as a single ingredient and as a flavour additive. Tuyo can be found anywhere in the country and is still a source of livelihood in most of the islands, many times it is dubbed as “poor man’s food” because of its low price. For many Filipinos the number one meal is undoubtedly “Tuysilog”, a combination of fried Tuyo, fried rice (“Sinangag”) and “Itlog” (fried egg), it can be eaten for breakfast, lunch, dinner, supper or merienda (snack).

For culinary novices it probably will take some time and perseverance to get familiar with the typical sapidity of the national aliment, but after a while there will be an appreciation of all of these contrasting characteristics that are paired together in a pretentious and somewhat unusual fusion of aroma and scent. These native trenchers are the ultimate challenge for the sensory organs and are what make the multifaceted Filipino cuisine standing out from the rest of the Asian gastronomy.