The Exotic Sounds of Ca Tru 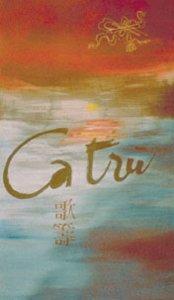 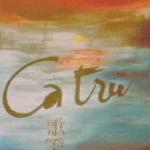 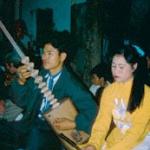 Ca tru music sounds strange to the uninitiated. Clicks and clacks accompany the centuries old ballads. It is not the kind of music that inspires toe tapping or humming. Once almost extinct, a club in Hanoi is reviving this uniquely Vietnamese musical tradition and teaching new generations that to participate in a ca tru performance is to be transported to another age and once you start to recognize the art's fine subtleties it can be intoxicating.

Originally, ca tru, also called hat a dao or hat noi (literally song of the women singers), was associated with a geisha type of entertainment. Attractive young singers entertained men in a relaxed environment, sometimes serving drinks and snacks. Men might have visited a hat a dao inn with friends to celebrate a successful business deal or the birth of a son.

Ca tru flourished in the 15th century in northern Vietnam when it was popular with the royal palace and a favorite hobby of aristocrats and scholars. Later it was performed in communal houses, inns and private homes. These performances were mostly for men. When men entered a ca tru inn they purchased bamboo tally cards. In Chinese, tru means card. Ca means song in Vietnamese, hence the name ca tru: tally card songs. The tallies were given to the singers in appreciation for the performance. After the performance each singer received payment in proportion to the number of cards received. In the 17th century the inns were located near the Dong Xuan market, now Paper Street (Hang Gay). Today, this is the location of the Queen Been Karaoke and Disco Club. A row of a dao inns were also located on Kham Thien Street.

After the August Revolution of 1945, ca tru was suppressed because it represented the abuse of women for the entertainment of ruling class men. Today, however, men and women can enjoy ca tru equally. Musicians, poets and fans in Hanoi have formed a club called the Bich Cau Dao Quan Club that meets on the last Sunday morning of each month in a Bich Cau temple at 14 Cat Linh Street. Built during the reign of Le Than Tong (1476-1497), the temple honors the legendary meeting and marriage of the scholar Tu Uyen and the angel Giang Kieu. Students from the National School (Quoc Tu Giam) once came here to pray for success in their studies and to listen to ca tru. The temple has large open spaces where religious processions, games and ca tru took place during festivals.

Ca tru requires at least three performers. The singer is always a woman and plays the phach, an instrument made of wood or bamboo that is beaten with two wooden sticks. A musician accompanies the singer on the dan day, a long-necked lute with three silk strings and 10 frets. There is also a drummer or trong chau.

The drummer shows his approval of the singer or the songs depending on how he hits the drum. If he likes a song he might hit the side of the drum several times. If he is disappointed with the singer, he hits the drum twice. The guitar player must follow the rhythm of the phach. His instrument, the dan day, is only used in ca tru and is now made almost exclusively for sale to tourists who find the shape intriguing.

Ca tru demands audience participation. During a meeting of the Bich Cau Dao Quan Club members listen to guest performers and take turns on the drums. Founded in 1992, the club now has 90 members and 30 or 40 of them gather on a given Sunday. Older artists like Nguyuen Thi Mieu, 78, train younger singers and introduce them to classical songs. According to the director, 40-year-old Bach Van, "It is very difficult to find young singers who wish to learn this art form. It is also difficult to find good teachers who can convey both the enthusiasm and the technical knowledge." Bach herself studied ca tru for 10 years before the Hanoi Office of Culture appointed her the club's director.

The club's eclectic crowd includes foreigners. The Israeli Ambassador to Vietnam, David Mabani, says "It is important that the international community understand the depth of traditional Vietnamese culture as well as its new economy. Appreciating ca tru music is one way to do this." The club welcomes new members and visitors.