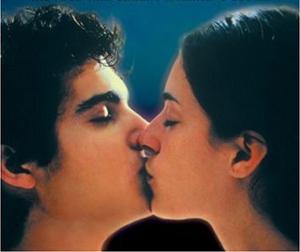 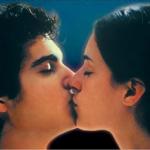 "If you can keep your head when all about you are losing theirs..."

The Bar-Dayan family is in the throes of chaos and turmoil. Father, Robert, has been exiled from the family home for cheating on his wife with her best friend. Mother, Ruhama, a nurse at a hospital, has begun browsing the personals ads for dates. Eldest son Doron, a spoiled playboy who has recently recovered from a kidney transplant, disrupts the peace of the household with his electric guitar. Sister Ziva, mother of twin toddlers, is on the outs with her husband Sasi for looking at porn on the Internet. And grandfather Bar-Dayan, who suffers from Alzheimer's disease, is wheelchair-bound and must rely on assistance for all his daily needs.

At the eye of the Bar-Dayan family storm is Shlomi, a high school student who struggles with his math tests. But despite his academic handicaps, he is ever at the ready to lend a supportive shoulder and an attentive ear to help his family resolve their daily discord. After school each day, he shops, he bathes his grandfather, he cleans house, he does laundry, and he cooks. And not just the basics. Shlomi cooks daily meals for his family that would do any chef proud. And instead of doing homework after dinner, Shlomi spends his evenings baking cakes and pastries that would look right at home in a bakery window. But Shlomi also has problems of his own. His ersatz girlfriend Tehila doesn't want to be seen with him, and he has suddenly developed an agonizing crush on his next-door neighbor's beautiful girlfriend Rona.

Shlomi's own life is thrust into turmoil when his math teacher discovers that although he cannot demonstrate the problem-solving steps on his math test, his answers are always correct. His teacher calls this to the attention of Headmaster Aviho, who discovers from Shlomi's student file that he was diagnosed with dyslexia. Acting as his mentor, Aviho arranges a visit for Shlomi to an alternative school in Haifa, where his learning abilities are evaluated. But as before, his parents refuse to acknowledge and accept Shlomi's special academic needs. Moreover, Shlomi worries that his grandfather will have no one to care for him if he goes away to school. Faced with the biggest decision of his young life, Shlomi must choose between continuing to care for family, and his own desire for a bright future.

Known in Hebrew as Ha-Kochavim Shel Shlomi, Bonjour Monsieur Shlomi was written and directed by Shemi Zarhin, and stars Oshri Cohen as Shlomi, Arieh Elias as his beloved grandfather, Esti Zakheim as his obstinate and controlling mother, Albert Iluz as his contrite and lovelorn father, Jonathan Rosen as his spoiled brother Doron, Aya Steinovitz as the lovely Rona, and Yigal Naor as his devoted mentor Aviho. With both humor and pathos, Bonjour Monsieur Shlomi tells a small story with a big message for parents, children, lovers, teachers, and students. A story that is as visually alluring and sweetly satisfying as Shlomi's chocolate layer cake.

I Never Got Used To The Guns