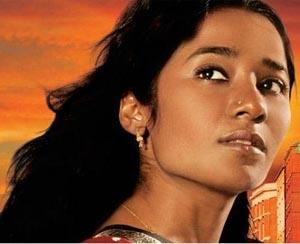 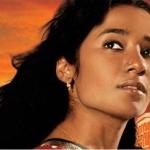 In London's East End, in the Borough of Tower Hamlets, there is a street called Brick Lane that extends from Swanfield Street to Whitechapel High Street. Brick Lane gets its name from the natural deposits of clay that were once used to make bricks during medieval times. Today, Brick Lane is home to a thriving Bangladeshi population, and is closely associated with the tailoring and garment industry.

Leaving her beloved sister and widowed father behind in her hometown in Bangladesh, Nazneen came to Brick Lane at age seventeen for an arranged marriage with Bangladeshi Muslim immigrant Chanu Ahmed. Sixteen years later, Nazneen and Chanu have settled in a traditional but stale relationship, raising two teen-aged daughters in their cramped, East End tenement apartment.

Chanu, who is given to pipe dreams, has just lost his job and is naively convinced that a bright future awaits him on the Internet. So much so, that he has even purchased a computer with money borrowed from Mrs. Islam, who is known on Brick Lane as a usurious loan shark. Taking a more practical approach, Nazneen uses her connections with a neighbor to set herself up with a sewing machine so that she can work from home as a contract laborer.

Once a week, a handsome, politically passionate deliveryman named Karim arrives at her door with a stack of semi-complete garments for Nazneen finish. The chemistry between Nazneen and Karim is palpable from the start, and despite their devout Muslim faith, it isn't long before they succumb to temptation. But their clandestine romance is soon eclipsed by the terrorism of 9/11. In reaction to the controversy and unrest that now plagues the Muslim community, Karim becomes deeply involved with a militant group, while Chanu insists that it's time for the family to go home to Bangladesh. Nazneen is forced to choose between her husband and her lover, between the nostalgia of her home in Bangladesh and the life she has made for herself in Brick Lane.

Based on the 2003 novel by Monica Ali, Brick Lane has stirred controversy of its own. Many critics felt that the book portrayed the Bangladeshi community in a negative light, and even threatened to hold a book-burning rally, while others openly protested the making of the film in the Brick Lane district. Conversely, many critics who viewed the book favorably debated the dubious merits of the film adaptation. Nevertheless, the film went on to win several prestigious awards.

Love it or hate it, Brick Lane is a worthy albeit enigmatic production. Much is implied or left to speculation with regard to Nazneen's childhood and the early years of her marriage. Her all but invisible younger sister is an overriding presence, and Chanau's sudden shift from an optimistic entrepreneur to a turn-tail refugee is an unexpected character shift. And for a film titled Brick Lane, a true sense of the neighborhood is conspicuously absent. Again, all is implied. At 102 minutes, the film would have benefitted by an extra half hour to further develop the characters and showcase the setting. That being said, Brick Lane is still a fine film and well worth watching.