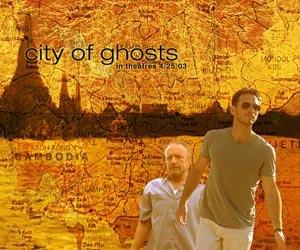 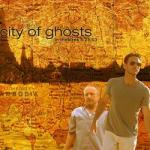 Horrifying footage of Hurricane Gabriel laying waste to the Atlantic seaboard, overlaid with the dulcet irony of Peter Whitehead's theme song ‘Dear 5' in the opening titles, sets the tone for this cross-cultural underworld mystery thriller. Matt Dillon stars as Jimmy Cremmins, a key player in a huge homeowners insurance fraud, a ‘sophisticated Ponzi scheme', with James Caan as Marvin Nagel, his partner-in-crime. In the aftermath of the hurricane, the FBI has cast its suspicions on Jimmy, while Marvin is nowhere to be found. Rumor has it that he's somewhere in Cambodia.

With guilt tugging at his conscience and the Feds dogging his trail, Jimmy slips quietly out of town and heads for Cambodia by way of Thailand in hopes of tracking down Marvin to sort things out. Once in Phnom Penh, liaison Josef Kaspar points him in the right direction, but not before Jimmy rescues a pretty damsel in distress and gets his passport stolen by a couple of ex-pat bar rats in the process. When Jimmy finally catches up with Marvin, he finds him up to his old tricks, hatching yet another scheme, this time to build a casino, with the help of a corrupt ex-general named Sideth and a couple of shady Hong Kong investors. And just to complete the trifecta, several members of the Russian mob were seen arriving at the airport.

Although Jimmy's bond with Marvin is more than just business, with so many ominous warning signs staring him in the face, Jimmy knows that its time to bow out. But before Jimmy can square things with Marvin, he turns up missing with a five million dollar ransom on his head, and Jimmy must now place his wary trust in Sideth to negotiate the transaction.

City of Ghosts is as much a visual story of its Cambodian setting as it is of its plot-driven premise and its complex menagerie of ex-pat characters. The country serves as both backdrop and center stage as the scenes shift from the crumbling French Colonial quarters, and the ruins of the ancient wat, to the dusty roads through rice paddies and outlying villages. "The whole country needs a paint job," says Marvin. "That's part of its charm."

And within that context, the cast of players who have chosen to take up residence in Cambodia, whether permanent or migratory, each add a colorful chip to the mosaic of humanity in this city of ghosts. Gerard Depardieu is comically convincing as Emile, the bellowing barkeep who's been in Cambodia long enough to be both wise and jaded to its ways. Natascha McElhone is elite yet attainable as Sophie, the cultural anthropologist in charge of restoring the ancient wat. And Kem Sereyvuth is a real-life Phnom Penh native as Sok, the ‘everyman' cyclo driver, the heart and soul of post-war Cambodia.

As both screenwriter and star of his directorial debut, Matt Dillon has done an admirable job of paying homage to Cambodia, neither candy-coating nor vilifying its far-from-ideal status quo. In the background, life goes on as usual for the locals, while a cast of fictional characters act out their roles. Children play in the streets, while shopkeepers and cyclo drivers go about their daily business, seemingly unaware that they are part of the scenery in an unfolding cinematic drama. And although City of Ghosts loosely follows the standard Hollywood filmmaking formula, thanks to its setting, its subtlety, and its even-handed treatment of an otherwise banal premise, it is far from cliché. Matt Dillon has Cambodia to thank for that.

City of Ghosts is available from Amazon